Escitalopram Alters Functional Brain Architecture in a Matter of Hours

Anti-depressant reduces connectivity between resting-state networks in some areas of the brain and increases it in others.

A single dose of one of the world’s most widely-prescribed drugs for the treatment of depression causes quantifiable changes in the entire brain in a matter of a few hours. Scientists at the Max Planck Institute for Human Cognitive and Brain Sciences in Leipzig have discovered that the active ingredient escitalopram, which influences the availability of the neurotransmitter serotonin, causes major changes in connectivity between functional networks at rest – in other words, the synchronous brain activity in various areas of the resting brain. Escitalopram influences which networks of the brain are activated simultaneously i.e. fluctuate in synchrony, when the brain is in a resting state. This rapid and brain-encompassing effect of escitalopram is unexpected, as the antidepressant effects of this class of drug usually require two to three weeks to unfold. The current study suggests that the effect of the serotonin reuptake inhibitors on the brain’s resting-state networks begins just a few hours after initial intake of the drug.

Serotonin is a key neurotransmitter which regulates important brain functions such as sensory perception, cognitive control, emotion regulation, vegetative processes and motor activity. Many serotonergic neurons are located in the brainstem and project to subcortical and cortical regions (brain areas of higher cognitive function).

The Leipzig-based researchers studied healthy study-participants who had never taken anti-depressants before, for 15 minutes in a brain scanner, three hours after the intake of a single dose of escitalopram. This scan records changes in blood-oxygenation as an indirect measure of the neural activity in different regions of the brain. Compared to conventional tests using functional magnetic resonance imaging (fMRI), this scan is taken without the study-participant performing any task in the scanner, thereby visualizing the brain’s functional networks at rest.

Following the intake of escitalopram, the study participants let their minds wander, while the researchers carried out brain scans to reconstruct three-dimensional images of the individual brains and their networks. A computer-based analysis then enabled them to calculate the number of individual network connections between these voxels and, thus, measure the changes in network-connectivity throughout the entire brain. “The intake of a single dose of escitalopram reduced the functional resting network connectivity in most cortical and subcortical regions of the brain. However, the intrinsic connectivity in the cerebellum and thalamus increased at the same time,” explains Julia Sacher from the Max Planck Institute for Human Cognitive and Brain Sciences. These observations are indicative of the important role of serotonin for modulating functional connectivity in the entire brain.

As a next step, the researchers would like to examine the variability of this resting network architecture in different patient groups. They are particularly hopeful that the comparison of changes in functional connectivity in patients who respond to anti-depressive treatment versus patients, who do not show a sufficient clinical response, will provide useful information. In future experiments they plan to test whether this method could be used to better predict treatment-outcome and thus help tailor a more personalized therapy for patients suffering from depression. 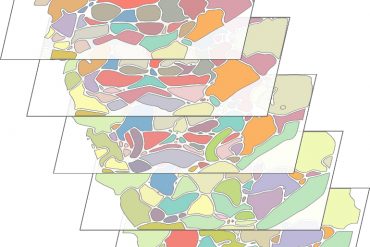 An Appetite Map in the Brain