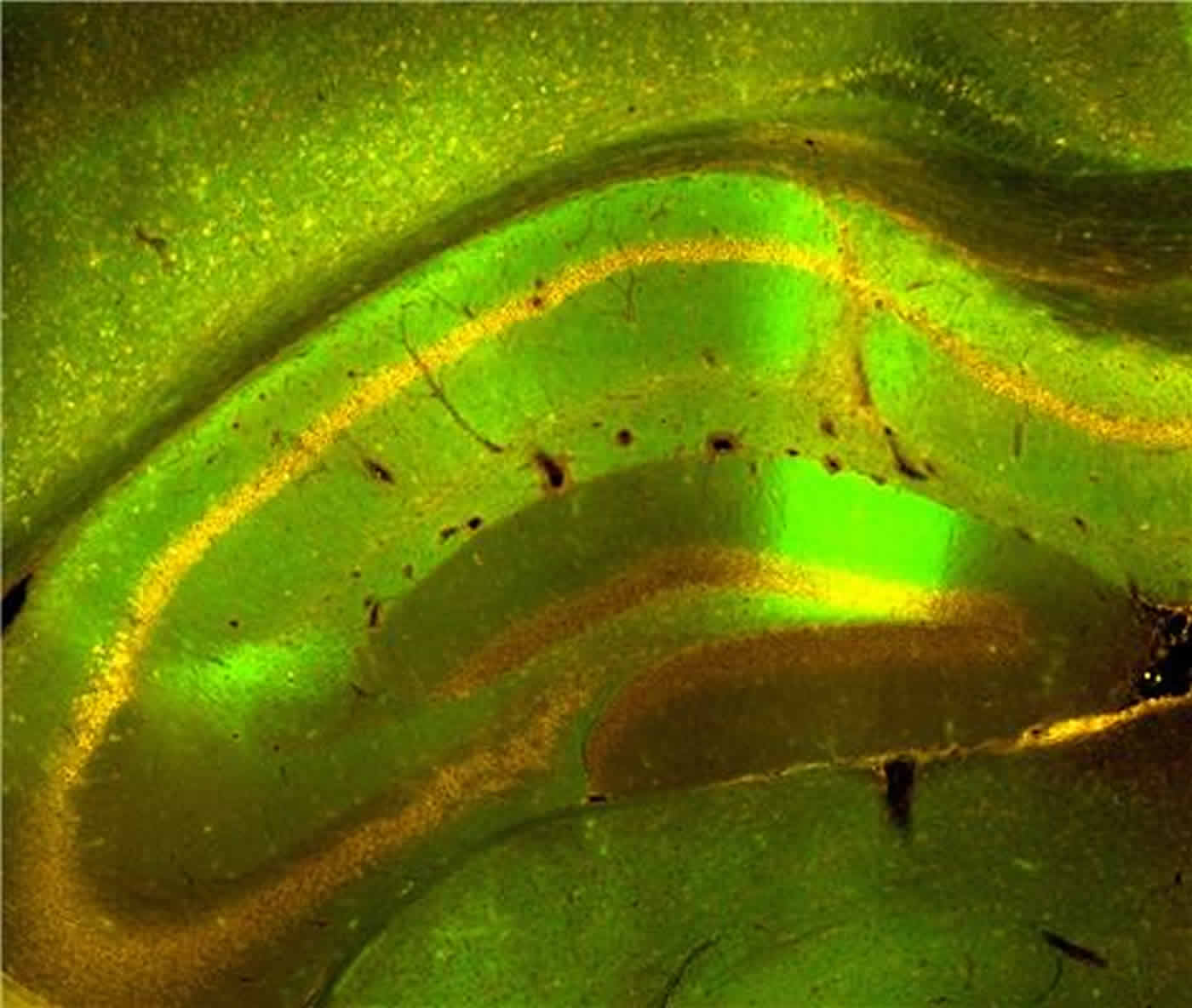 In laboratory experiments on the basic mechanisms that cause Alzheimer’s dementia, an international research team led by Heidelberg neurobiologist Dr. Ulrike Müller and a team of French scientists have succeeded in largely “repairing” the nerve cell damage typical in this disease. The researchers took a closer look at a key protein in Alzheimer’s pathogenisis, APP, and one of its cleavage products APPsα. Prof. Müller of Heidelberg University’s Institute of Pharmacy and Molecular Biotechnology explains that viral gene shuttles were used to drive the delivery of APPsα into the brains of Alzheimer´s mouse models. The protein APPsα in turn elicited repair effects and clearly improved memory. The researchers hope to use these findings to explore new approaches in the development of gene therapy for Alzheimer’s. Their results were published in the journal Acta Neuropathologica.

Alzheimer’s is the most frequent cause of dementia in the elderly. It particularly affects regions of the brain that are fundamental for memory and learning. The junctions through which the nerve cells communicate, the synapses, disappear long before the nerve cells die, damage that impairs both learning and memory. “While dead nerve cells are irretrievably lost, damaged synapses can be regenerated in the elderly,” Prof. Müller emphasises.

The brains of Alzheimer’s patients show plaque deposits, she explains. The deposits thwart the communication between the nerve cells and cause them to eventually die. The main component of the plaque is a short protein fragment known as the beta amyloid peptide. It is generated when the considerably larger amyloid precursor protein, or APP, is cleaved. “Until now, scientists believed that the overproduction of beta amyloid peptides was the main cause of Alzheimer’s. More recent investigations, however, have demonstrated that another APP cleavage product, the APPsα protein, also diminishes over the course of the disease,” Ulrike Müller continues. The protein cleaving enzymes, called secretases, play a key role in this process. The scissor-like secretases cut the APP cell surface protein at various positions. “These cleaving processes produce beta amyloid peptides that are toxic to the nerve cells, but also produce the protective APPsα cleavage product, which counteracts the toxic peptide,” says Prof. Müller. “Research over the last few years indicates that a misregulation of the secretase cleavage in Alzheimer’s results in inadequate production of protective APPsα.”

Earlier studies by Müller’s research group had already shown that APPsα has an essential function in the nervous system, particularly because it regulates the formation and function of synaptic junctions and spatial memory. These findings were used to investigate a new approach for a possible gene therapy for Alzheimer’s. The international research team used viral gene shuttles to introduce APPsα into the brains of mouse models with plaque deposits like those in Alzheimer’s. “After introducing the APPsα, we saw that the nerve cell damage could be repaired. The number of synaptic junctions increased, and spatial memory began to function again,” reports Ulrike Müller. “Our research results show the therapeutic effectiveness of APPsα in the animal model and open up new perspectives for the treatment of Alzheimer’s.”

About this neurology and genetics research

The research was conducted by the international ERA-NET NEURON Consortium, which is funded by the European Union. Other participants in the project include the research teams of Dr. Nathalie Cartier (University of Paris),  Dr. Martin Korte (Braunschweig Technical University) and  Dr. Christian Buchholz (Paul Ehrlich Institute, Langen).

Adults Sleep Better Together Than They Do Alone

Alzheimer’s disease (AD) is characterized by synaptic failure, dendritic and axonal atrophy, neuronal death and progressive loss of cognitive functions. It is commonly assumed that these deficits arise due to β-amyloid accumulation and plaque deposition. However, increasing evidence indicates that loss of physiological APP functions mediated predominantly by neurotrophic APPsα produced in the non-amyloidogenic α-secretase pathway may contribute to AD pathogenesis. Upregulation of APPsα production via induction of α-secretase might, however, be problematic as this may also affect substrates implicated in tumorigenesis. Here, we used a gene therapy approach to directly overexpress APPsα in the brain using AAV-mediated gene transfer and explored its potential to rescue structural, electrophysiological and behavioral deficits in APP/PS1∆E9 AD model mice. Sustained APPsα overexpression in aged mice with already preexisting pathology and amyloidosis restored synaptic plasticity and partially rescued spine density deficits. Importantly, AAV-APPsα treatment also resulted in a functional rescue of spatial reference memory in the Morris water maze. Moreover, we demonstrate a significant reduction of soluble Aβ species and plaque load. In addition, APPsα induced the recruitment of microglia with a ramified morphology into the vicinity of plaques and upregulated IDE and TREM2 expression suggesting enhanced plaque clearance. Collectively, these data indicate that APPsα can mitigate synaptic and cognitive deficits, despite established pathology. Increasing APPsα may therefore be of therapeutic relevance for AD.