Finding comes from a study of biomedical data from patient records by Penn Medicine and Stanford researchers.

Men taking androgen deprivation therapy (ADT) for prostate cancer were almost twice as likely to be diagnosed with Alzheimer’s disease in the years that followed than those who didn’t undergo the therapy, an analysis of medical records from two large hospital systems by Penn Medicine and Stanford University researchers has shown. Men with the longest durations of ADT were even more likely to be diagnosed with Alzheimer’s disease.

The findings, published in the December 7 issue of the Journal of Clinical Oncology, do not prove that ADT increases the risk of Alzheimer’s disease. But the authors say they clearly point to that possibility, and are consistent with other evidence that low levels of testosterone may weaken the aging brain’s resistance to Alzheimer’s.

“We wanted to contribute to the discussion regarding the relative risks and benefits of ADT, and no one had yet looked at the association between ADT and Alzheimer’s disease,” said lead author Kevin T. Nead, MD, MPhil, a resident in the department of Radiation Oncology at the Perelman School of Medicine at the University of Pennsylvania, and a fellow at Penn’s Leonard Davis Institute of Health Economics. “Based on the results of our study, an increased risk of Alzheimer’s disease is a potential adverse effect of ADT, but further research is needed before considering changes to clinical practice.”

Androgens (male hormones) normally play a key role in stimulating prostate cell growth. Thus, therapies that suppress androgen production or activity are often used in treating prostate tumors. In the U.S. alone, about half a million men are taking ADT at any given time.

Research in recent years also has linked low testosterone to cognitive deficits, and has shown that men with Alzheimer’s tend to have lower testosterone levels, compared to men of the same age who don’t have the disease.

For the study, Nead, Swisher-McClure and their colleagues at Stanford’s School of Medicine evaluated two large sets of medical records, one from the Stanford health system and the other from Mt. Sinai Hospital in New York City. Together the records covered about five million patients, of whom 16,888 received a diagnosis of prostate cancer and met all the other criteria for the study.

Using two different methods of statistical analysis, the team showed that the ADT group, compared to the control group, had significantly more Alzheimer’s diagnoses in the years following the initiation of androgen-lowering therapy. By the most sophisticated measure, members of the ADT group were about 88 percent more likely to get Alzheimer’s during the follow-up period.

The analyses also suggested a “dose-response effect.” The longer individuals underwent ADT the greater their risk of Alzheimer’s disease, they found. The longer-duration ADT patients also had more than double the Alzheimer’s risk of non-ADT controls. 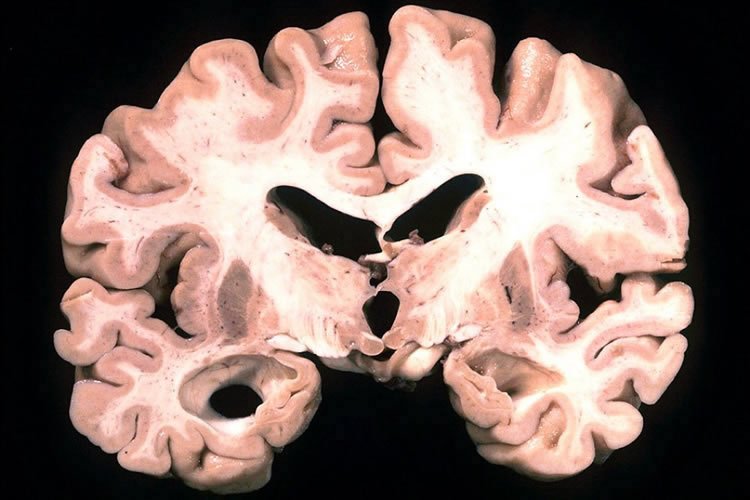 Research in recent years also has linked low testosterone to cognitive deficits, and has shown that men with Alzheimer’s tend to have lower testosterone levels, compared to men of the same age who don’t have the disease. Image is for illustrative purposes only.

The findings held up when the patient groups from the two hospital systems were considered separately.

“It’s hard to determine the precise amount of increased risk in just one study and important to note that this study does not prove causation,” Nead said. “But considering the already-high prevalence of Alzheimer’s disease in older men, any increased risk would have significant public health implications.”

Ultimately, further studies will be needed to determine whether ADT does increase Alzheimer’s risk. Nead and colleagues are now hoping to examine this association in large cancer registry datasets to see which subgroups of patients might be at greatest risk.

The co-authors of the study from Stanford were Greg Gaskin, BS; Cariad Chester, BS MSHP; and Nicholas J. Leeper, MD.

Purpose To test the association of androgen deprivation therapy (ADT) in the treatment of prostate cancer with subsequent Alzheimer’s disease risk.

Methods We used a previously validated and implemented text-processing pipeline to analyze electronic medical record data in a retrospective cohort of patients at Stanford University and Mt. Sinai hospitals. Specifically, we extracted International Classification of Diseases-9th revision diagnosis and Current Procedural Terminology codes, medication lists, and positive-present mentions of drug and disease concepts from all clinical notes. We then tested the effect of ADT on risk of Alzheimer’s disease using 1:5 propensity score–matched and traditional multivariable-adjusted Cox proportional hazards models. The duration of ADT use was also tested for association with Alzheimer’s disease risk.

Conclusion Our results support an association between the use of ADT in the treatment of prostate cancer and an increased risk of Alzheimer’s disease in a general population cohort. This study demonstrates the utility of novel methods to analyze electronic medical record data to generate practice-based evidence.