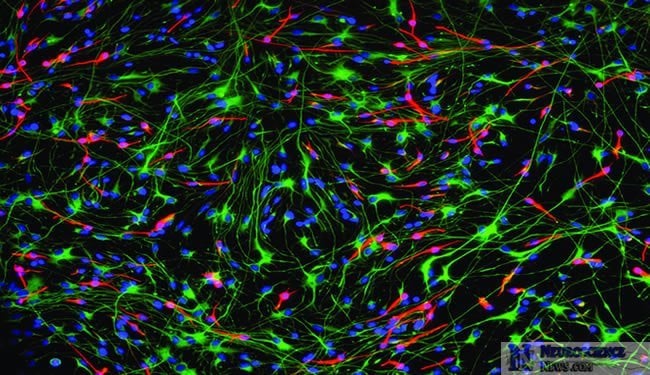 Zif proteins have been found to control whether a brain stem cell differentiates into a neuron or renews as a brain stem cell. There are Zif related proteins in humans that may be targeted by new treatments for brain cancer and other diseases. Learn more about Zif and potential applications for this research in the full article below.

How do neural stem cells decide what to be, and when?

Researchers at Duke-NUS Graduate Medical School in Singapore have uncovered a novel feedback mechanism that controls the delicate balance of brain stem cells.

Zif, a newly discovered protein, controls whether brain stem cells renew themselves as stem cells or differentiate into a dedicated type of neuron (nerve cell).

In preclinical studies, the researchers showed that Zif is important for inhibiting overgrowth of neural stem cells in fruit flies (genus Drosophila) by ensuring that a proliferation factor (known as aPKC) maintains appropriate levels in neural stem cells.

“There is a Zif-related protein in humans, and its function remains to be analyzed,” said senior and corresponding author Hongyan Wang, Ph.D. “Our finding has paved the way for future study of this human protein in the context of diseases, including glioblastomas, the most severe form of brain tumors.”

She said it may be “possible to manipulate Zif function into a form of therapy against diseases, including cancer.”

The study was published in the Nov. 16 issue of Developmental Cell journal.

The findings suggest that a lack of Zif protein expression correlates with neural stem cell overpopulation in Drosophila.

The mechanism is circular: Zif is a transcription factor that inhibits the manufacture of aPKC. But Zif can also be tagged with a phosphate by aPKC, which excludes Zif from the cell nucleus, and leads to Zif inactivation, which in turn means an overgrowth of stem cells.

“Next, we would like to investigate the mechanisms of neural stem cells’ self-renewal in mammals, and we are looking for the right collaborators,” Wang said. “We will also continue to use Drosophila as a powerful model system to uncover critical players in neural stem cell self-renewal so that we can understand the network involved in this regulation.”

Other authors on the paper included four co-lead authors, Kai Chen Chang and Gisela Garcia Alvarez of the Neuroscience and Behavioral Disorder Program at Duke-NUS Graduate Medical School; Gregory Somers of the Department of Genetics, La Trobe Institute for Molecular Science (LIMS), La Trobe University, in Australia; and Rita Sousa-Nunes of the National Institute for Medical Research, Mill Hill, in London. Fabrizio Rossi is from the Cell Division Group, IRB-Barcelona, PCB, in Barcelona, Swee Beng Soon is also with Duke-NUS Neuroscience and Behavioral Disorder Program, and Cayetano Gonzalez is with both the Cell Division Group, IRB-Barcelona, and the Institucio Catalana de Recera Estudis Advancats in Barcelona. William Chia and Kai Chen Chang are both with the Temasek Life Science Laboratory in Singapore.

This work is supported by the Duke-NUS Neuroscience & Behavioral Disorders Signature Research Program funded by A*STAR and Ministry of Health, Ministry of Education in Singapore, and the Singapore National Research Foundation, as well as by Temasek Life Sciences funding.