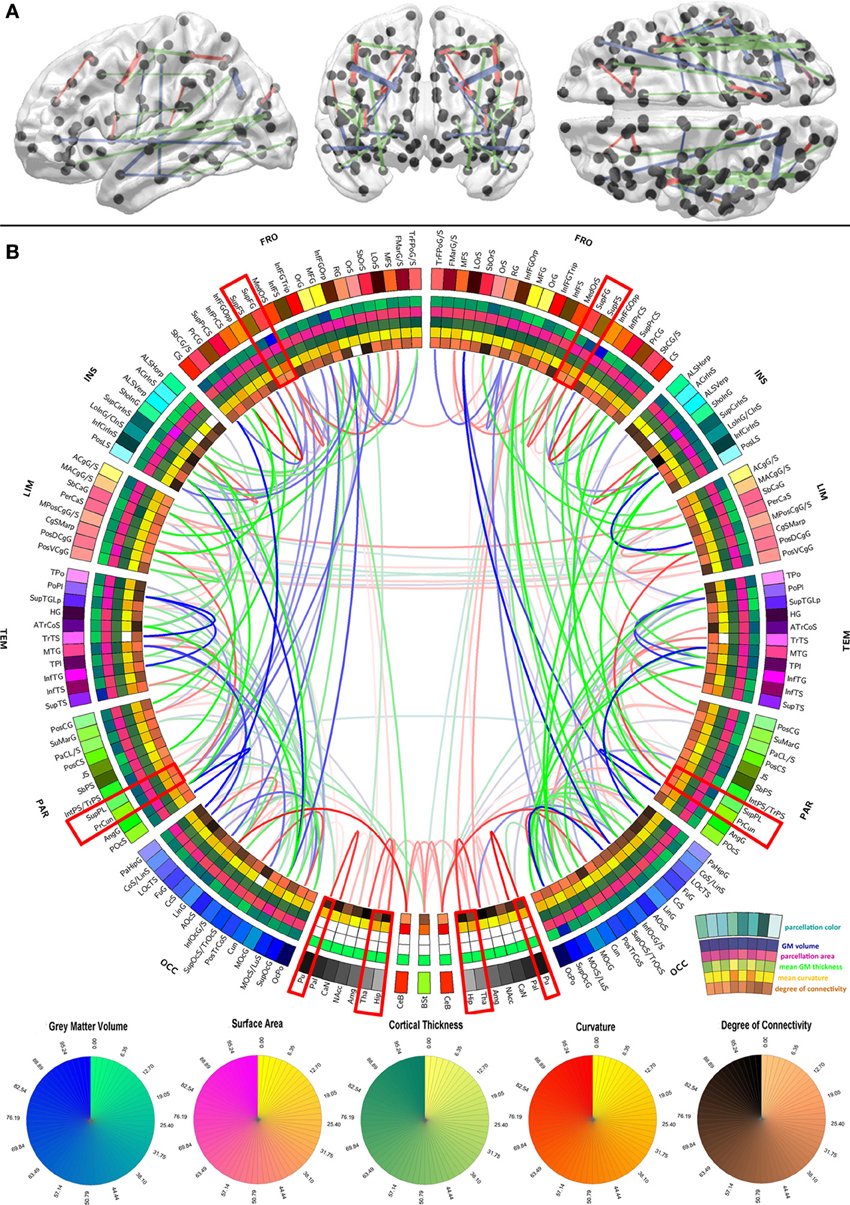 For the first time, neuroscientists have systematically identified the white matter “scaffold” of the human brain, the critical communications network that supports brain function.

Their work, published today in the open-source journal Frontiers in Human Neuroscience, has major implications for understanding brain injury and disease. By detailing the connections that have the greatest influence over all other connections, the researchers offer not only a landmark first map of core white matter pathways, but also show which connections may be most vulnerable to damage.

“We coined the term white matter ‘scaffold’ because this network defines the information architecture which supports brain function,” said senior author John Darrell Van Horn of the USC Institute for Neuroimaging and Informatics and the Laboratory of Neuro Imaging at USC.

“While all connections in the brain have their importance, there are particular links which are the major players,” Van Horn said.

Using MRI data from a large sample of 110 individuals, lead author Andrei Irimia, also of the USC Institute for Neuroimaging and Informatics, and Van Horn systematically simulated the effects of damaging each white matter pathway.

They found that the most important areas of white and gray matter don’t always overlap. Gray matter is the outermost portion of the brain containing the neurons where information is processed and stored. Past research has identified the areas of gray matter that are disproportionately affected by injury.

But the current study shows that the most vulnerable white matter pathways — the core “scaffolding” — are not necessarily just the connections among the most vulnerable areas of gray matter, helping explain why seemingly small brain injuries may have such devastating effects.

“Sometimes people experience a head injury which seems severe but from which they are able to recover. On the other hand, some people have a seemingly small injury which has very serious clinical effects,” said Van Horn, associate professor of neurology at the Keck School of Medicine of USC. “This research helps us to better address clinical challenges such as traumatic brain injury and to determine what makes certain white matter pathways particularly vulnerable and important.”

The researchers compared their brain imaging analysis to models used for understanding social networks. To get a sense of how the brain works, Irimia and Van Horn did not focus only on the most prominent gray matter nodes — which are akin to the individuals within a social network — nor did they merely look at how connected those nodes are.

“Just as when you remove the Internet connection to your computer, you won’t get your email anymore, there are white matter pathways which result in large-scale communication failures in the brain when damaged,” Van Horn said.

When white matter pathways are damaged, brain areas served by those connections may wither or have their functions taken over by other brain regions, the researchers explained. Irimia and Van Horn’s research on core white matter connections is part of a worldwide scientific effort to map the 100 billion neurons and 1,000 trillion connections in the living human brain, led by the Human Connectome Project and the Laboratory of Neuro Imaging at USC.

“These new findings on the brain’s network scaffold help inform clinicians about the neurological impacts of brain diseases such as multiple sclerosis and Alzheimer’s disease, as well as major brain injury,” Irimia noted. “Sports organizations, the military and the U.S. government have considerable interest in understanding brain disorders, and our work contributes to that of other scientists in this exciting era for brain research.”

Thanks to USC News for submitting this article to Neuroscience News.