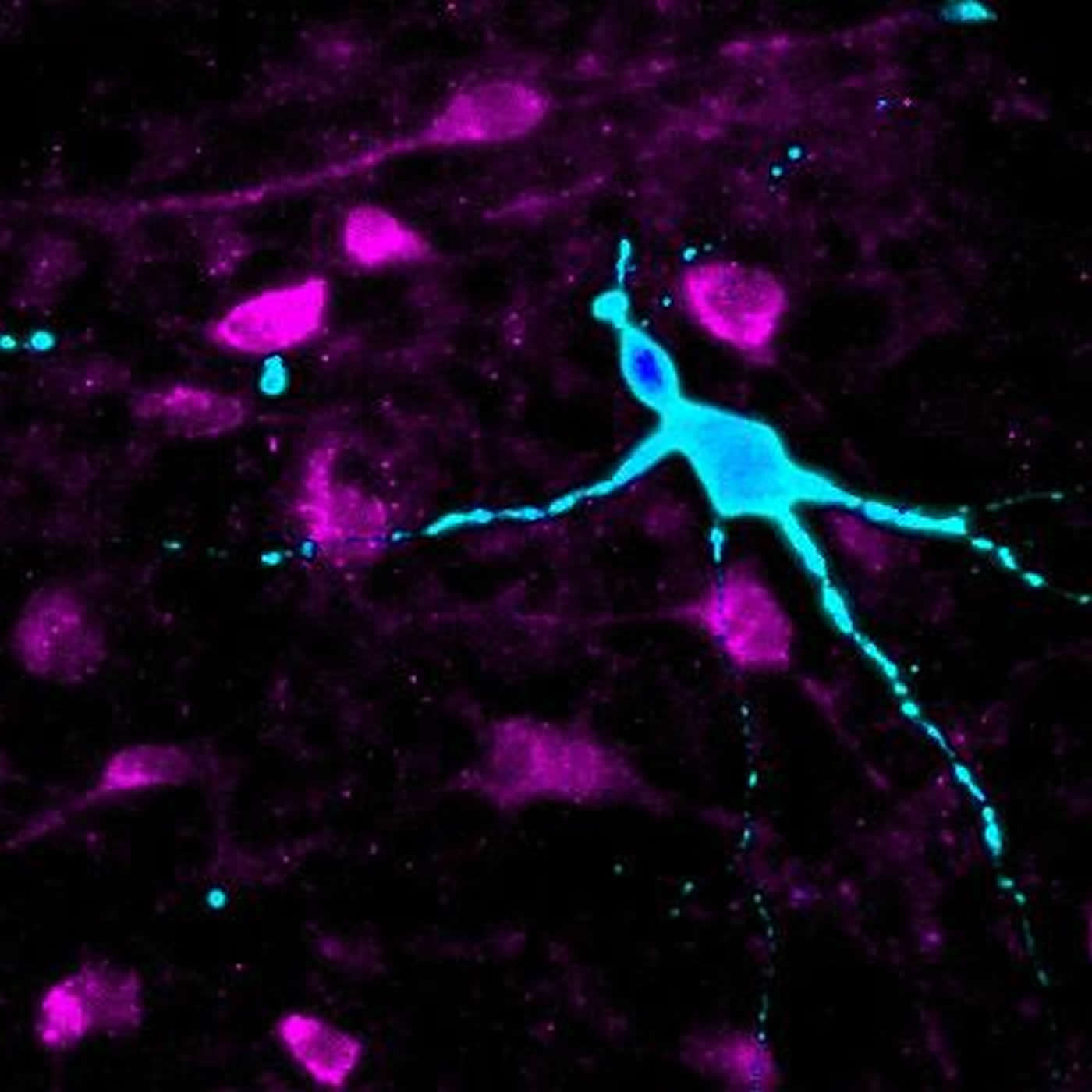 Summary: According to researchers, neurons generated from super obese people are more likely to dysregulate hormones related to hunger and feeding behaviors.

US scientists have successfully generated hypothalamic-like neurons from human induced pluripotent stem cells (hiPSCs) taken from the blood and skin cells of super-obese individuals and people with a normal body weight. The researchers found that the brain cells derived from the super obese were more likely to dysregulate hormones related to feeding behavior and hunger, as well as obesity-related genes and metabolic pathways. The work appears April 19th in the journal Cell Stem Cell.

“This is the first step in applying an iPSC-based platform to model complex polygenic diseases such as obesity,” says senior author Dhruv Sareen, a stem cell biologist at Cedars-Sinai Medical Center. “We developed a great platform that could potentially be used to evaluate the effects of experimental therapeutics on patient-specific hypothalamic neurons from obese patients with different, genetic backgrounds, body mass index, and environmental exposures.”

In the majority of obese individuals, the genes they inherited each have small effects that contribute to obesity susceptibility. Many of these genes regulate hypothalamic functions such as food intake and energy metabolism. But human hypothalamic tissues are not readily accessible, underscoring the urgent need for relevant neuronal models for obesity research.

To overcome this problem, Sareen and his collaborators developed an hiPSC-based approach for generating functional hypothalamic-like neurons that model forms of obesity with complex genetic origins. They generated hiPSCs from blood and skin cells taken from super-obese individuals, who had a body mass index of 50 or more and multiple genetic variants, as well as normal subjects with a body mass index of 25 or less. These hiPSCs were then converted into hypothalamic-like neurons that shared gene expression profiles similar to those of adult post-mortem hypothalamus cells.

These neurons secreted neuropeptides that regulate feeding behavior in response to the hunger hormone ghrelin and the satiety hormone leptin, which are released by cells in the gut and fat tissue, respectively. Hypothalamic-like neurons generated from super-obese individuals showed an abnormally strong response to ghrelin, in contrast to those derived from normal subjects. Moreover, hypothalamic-like neurons generated from super-obese individuals retained signs of dysregulation in obesity-related genes and metabolic pathways, despite undergoing the reprogramming process.

hiPSCs have mainly been used to study rare forms of diseases caused by mutations in a single gene. Although a couple of labs recently generated hiPSC-derived hypothalamic-like neurons, they did not demonstrate that these cells secrete neuropeptides in response to hormonal signals or can accurately model complex polygenic forms of severe human obesity.

“Ultimately, we are paving the way for personalized or precision medicine, in which drugs could be customized for obese patients with different genetic backgrounds and metabolic disease status, depending on their tolerance and reaction to drug combinations,” says Sareen.

One potential limitation of the study is that feeding behavior is regulated by the hypothalamus in close concert with many other organs and cell types, such as the pituitary gland, pancreas, liver, gut and fat. In future studies, Sareen and his team will test whether hiPSC-derived hypothalamic-like neurons communicate with other relevant cell types and form functional circuitry both in a dish and in living organisms.

Sareen says, “There are several intermediate steps before we can realize the potential of this iPSC technology to become a reliable platform to screen potential therapeutics for obesity and other metabolic diseases.”

‘A Silent Killer’: COVID-19 Shown to Trigger Inflammation in the Brain