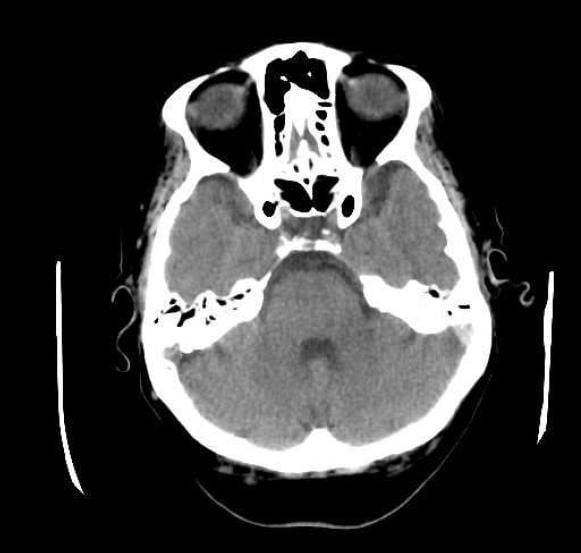 Researchers identify how a specific group of genes are linked to Behçet’s disease, a disorder which causes chronic inflammation in blood vessels throughout the body and affects many organs, including the eyes, brain, skin, joints and the digestive system. The image is a brain scan of a person with Behçet’s disease. Credited to P Thomas et al.
Home
Featured

Study identifies regions of genes linked to Behçet’s, a poorly understood condition that causes painful and serious symptoms, including ulcers and brain inflammation.

Researchers don’t know the exact cause of Behçet’s disease, a chronic condition that leads to oral and genital sores and serious complications such as blindness, but new research brings better understanding to what makes some people more susceptible to being affected.

In one of the most extensive genetic analyses of Behçet’s disease, a University of Michigan-led, international team of researchers has identified novel gene variants in the inflammatory disorder and uncovered data that could apply to studies of other diseases. The results appear in the journal Nature Genetics.

“This disease is associated with significant complications and because it is not well understood, treatment options are limited,” says lead author Amr Sawalha, M.D., associate professor of internal medicine in the division of rheumatology at the U-M Medical School.

“We were able to identify and localize robust genetic risk factors associated with Behçet’s disease in a way that will hopefully bring us a step closer to better understanding this devastating illness.”

The UMHS research, a collaboration that includes researchers from Turkey, Italy, Germany and the Netherlands, identifies how a specific group of genes are linked to Behçet’s disease. The disease can affect people from all ethnicities, but has an increased prevalence along the ancient “Silk Road” in East Asia, Turkey, and the Mediterranean and Middle Eastern countries.

The disorder causes chronic inflammation in blood vessels throughout the body and affects many organs, including the eyes, brain, skin, joints and the digestive system. Some symptoms may include mouth and genital ulcers, eye inflammation and reduced vision, skin rashes and lesions, joint swelling, abdominal pain and diarrhea.

Behçet’s disease may also cause inflammation in the brain, which could cause headaches, fever, poor balance or stroke. Inflammation in veins and large arteries could also lead to other complications, such as aneurysms.

One of the major genetic risk factors of the disease is believed to be a specific form of a gene on chromosome 6 in the HLA region (an inherited group of genes known as human leukocyte antigen).The new study shows that contrary to the belief that genetic risk in this region is most strongly tied to a form of the gene HLA-B (called HLA-B*51) – there are actually at least four independent genetic risk regions within the HLA linked to the disease.

Researchers have long studied the phenomenon of why certain forms of HLA are associated with autoimmune and inflammatory disorders and the severity of those disorders.

“This HLA region has an incredibly significant role in many diseases. It’s also one of the most complicated areas of the human genome, which is why it’s so difficult to analyze,” Sawalha says. “This is an extensive way to look at the HLA region that can be also applied to other diseases. We can now identify and localize the risks within this complex HLA region more accurately than ever before, which opens the door to further developments.”

Notes about this neurogenetics research article

Funding for the study was provided by The Rheumatology Research Foundation.