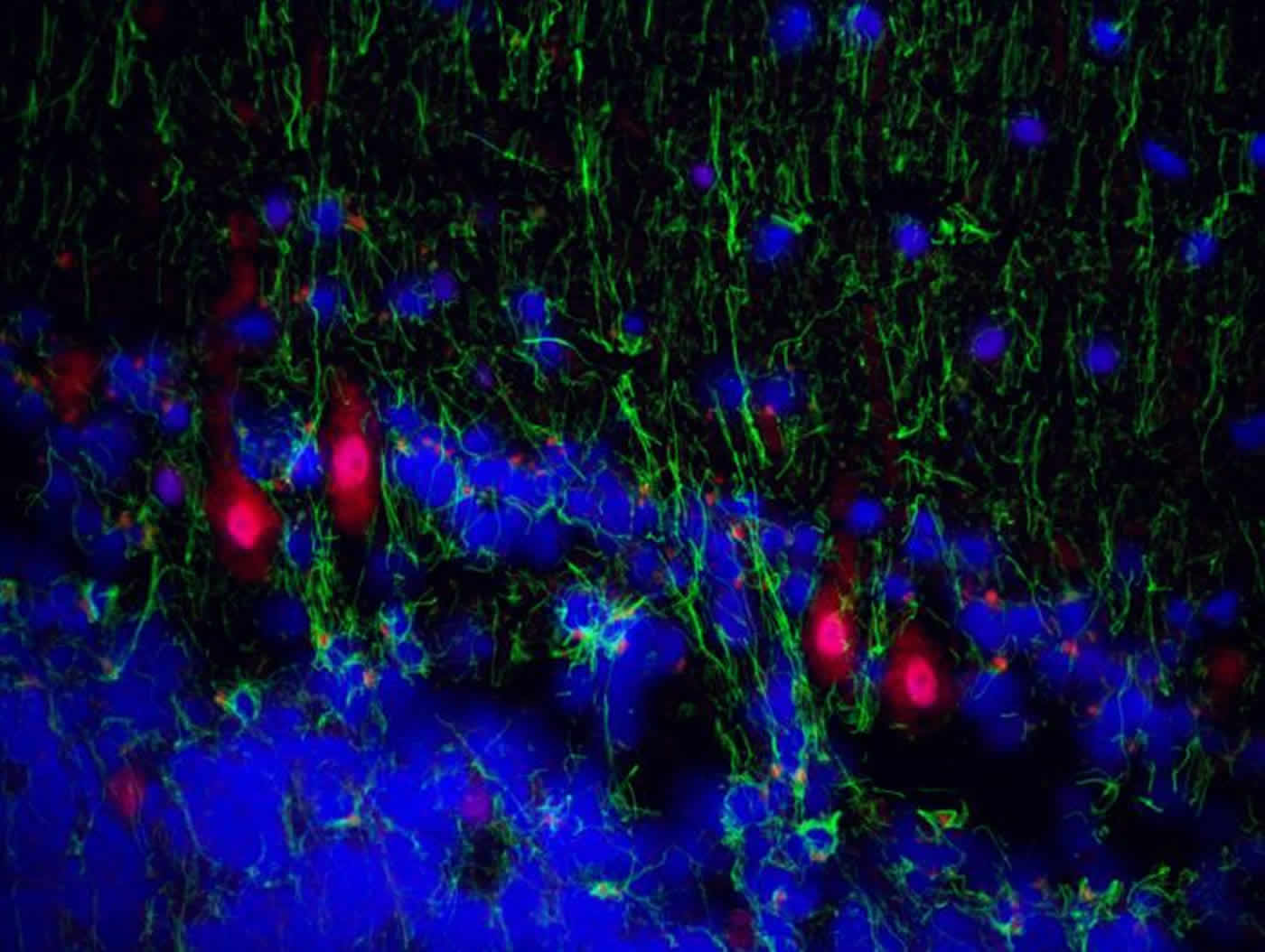 Purkinje cells are a central part of the human cerebellum, the part of the brain that plays an important role in motor learning, fine motor control of the muscle, equilibrium and posture but also influences emotions, perception, memory and language.

Scientists from the Institute for Virology and Immunobiology of the University of Würzburg and their US colleagues have now made a surprising discovery in these nerve cells. They found a high infection rate of Purkinje neurons with the human herpesvirus HHV-6 for the first time in patients with bipolar disorder and/or severe depression. The study was led by Dr. Bhupesh Prusty, group leader at the Department of Microbiology. The scientists have now published the results of their study in the journal Frontiers in Microbiology.

“Inherited factors have long been known to increase the risk of developing several types of psychiatric disorders including bipolar disorder, major depressive disorder and schizophrenia,” Bhupesh Prusty explains. But there is also strong evidence that environmental factors, particularly those that lead to neuroinflammation early in life, might play an important etiologic role in the pathogenesis of these disorders as well. Viruses are such an environmental factor.

“Pathogens may disrupt neurodevelopment and cross talk with the immune system at key developmental stages,” Prusty explains. Children that are infected at a young age usually recover without any late complications. However, the viruses lie dormant (latent) in various organs and tissues including the central nervous system and the salivary glands and can be reactivated under certain circumstances, even after years.

Prusty and his team suspected the human herpesviruses HHV-6A and HHV-6B to play a key role in the genesis of psychiatric disorders. So they studied two of the largest human brain biopsy cohorts from Stanley Medical Research Institute (USA) and what they found confirmed their assumption: “We were able to find active infection of HHV-6 predominantly within Purkinje cells of human cerebellum in bipolar and major depressive disorder patients,” Prusty sums up the central result of their study. The results show for the first time that type HHV-6 viruses are capable of infecting neurons and possibly causing cognitive disturbances leading to mood disorder.