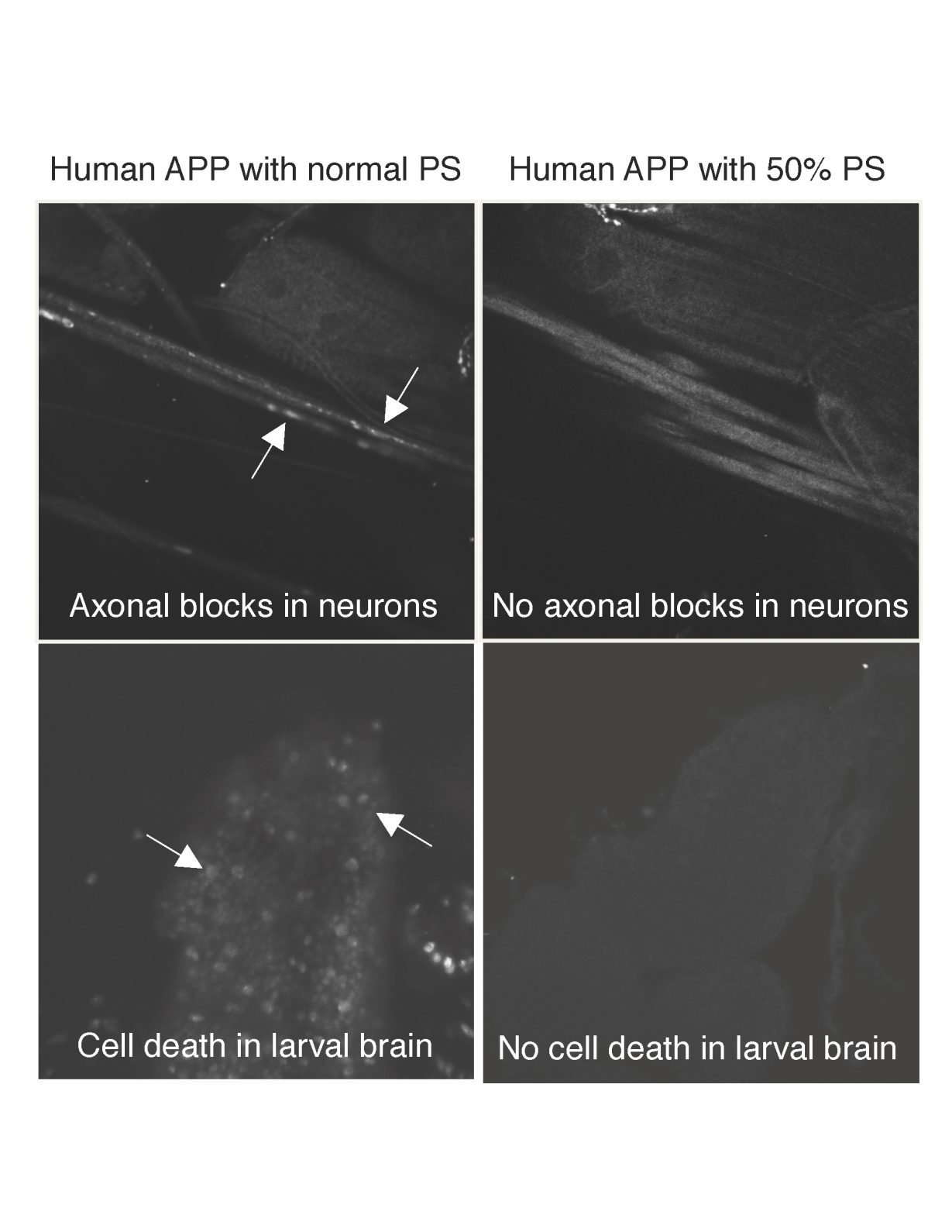 An Alzheimer’s disease protein controls the speed at which materials move through brain cells, and defects could lead to deadly pileups of the kind seen in neurodegenerative disease, a new publication finds.

Imagine if you could open up your brain and look inside.

What you would see is a network of nerve cells called neurons, each with its own internal highway system for transporting essential materials between different parts of the cell.

When this biological machinery is operating smoothly, tiny motor proteins ferry precious cargo up and down each neuron along thread-like roadways called microtubule tracks. Brain cells are able to receive information, make internal repairs and send instructions to the body, telling the fingers to flex or the toes to curl.

But when the neuron gets blocked, this delicate harmony deteriorates. One result: diseases like Alzheimer’s.

Understanding such blockages and how traffic should flow normally in healthy brain cells could offer hope to people with neurodegenerative diseases.

Toward that end, a research team led by University at Buffalo biologist Shermali Gunawardena, PhD, has shown that the protein presenilin plays an important role in controlling neuronal traffic on microtubule highways, a novel function that previously was unknown.

The research results were published online on May 24 in the journal Human Molecular Genetics. Gunawardena’s co-authors are Ge Yang of Carnegie Mellon University and Lawrence S. B. Goldstein of the Howard Hughes Medical Institute and the University of California, San Diego.

Inside the nerves of fruit fly larvae, presenilin helped to control the speed at which molecular motors called kinesins and dyneins moved along neurons. When the scientists halved the amount of presenilin present in the highway system, the motors moved faster; they paused fewer times and their pauses were shorter.

Given this data, Gunawardena thinks that tweaking presenilin levels may be one way to free up traffic and prevent dangerous neuronal blockages in patients with Alzheimer’s disease.

“Our major discovery is that presenilin has a novel role, which is to control the movement of motor proteins along neuronal highways,” said Gunawardena, an assistant professor of biological sciences. “If this regulation/control is lost, then things can go wrong. This is the first time a protein that functions as a controller of motors has been reported.

“In Alzheimer’s disease, transport defects occur well before symptoms, such as cell death and amyloid plaques, are seen in post-mortem brains,” she added. “As a result, developing therapeutics targeted to defects in neuronal transport would be a useful way to attack the problem early.”

The findings are particularly intriguing because scientists have known for several years that presenilin is involved in Alzheimer’s disease.

Presenilin rides along neuronal highways in tiny organic bubbles called vesicles that sit atop the kinesin and dynein motors, and also contain a second protein called the amyloid precursor protein (APP). Presenilin participates in cutting APP into pieces called amyloid beta, which build up to form amyloid plaques in patients with Alzheimer’s disease.

Video note: Kinesin and dynein motors travel on microtubule tracks in the nerve of a fruit fly larva. This video shows the motors’ normal behavior; when the level of presenilin was reduced in a study, the motors increased their velocity.

Such buildups can lead to cell death by preventing the transport of essential materials—like proteins needed for cell repair—along neurons.

The findings of the new study mean that presenilin may contribute to Alzheimer’s disease in at least two ways: not just by cleaving APP, but also by regulating the speed of the molecular motors that carry APP along neuronal highways.

To track the movement of the kinesins and dyneins, the team tagged their cargo with a yellow fluorescent protein. This enabled the scientists to view the molecular motors chugging along inside the neuron under a microscope in a living animal. A special computer program then analyzed the motors’ paths, revealing more details about the nature of their movement and how often they paused.