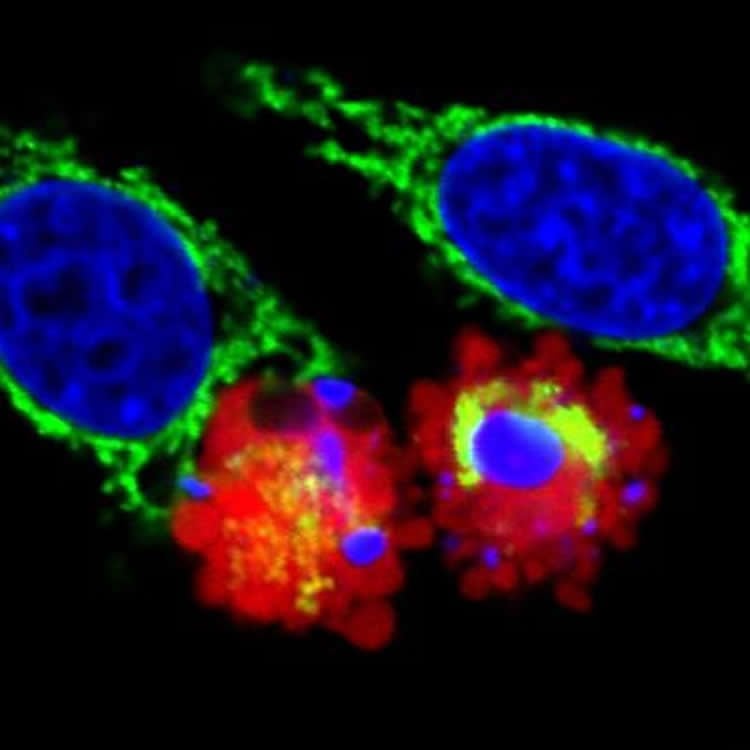 Trinity scientists make breakthrough in understanding how parkin, a gene implicated in Parkinson’s disease, controls the repair and replacement of nerve cells.

Scientists at Trinity College Dublin have made an important breakthrough in our understanding of Parkin – a protein that regulates the repair and replacement of nerve cells within the brain. This breakthrough generates a new perspective on how nerve cells die in Parkinson’s disease. The Trinity research group, led by Smurfit Professor of Medical Genetics, Professor Seamus Martin, has just published its findings in the internationally renowned, peer-reviewed Cell Press journal, Cell Reports.

Although mutation of Parkin has been known to lead to an early onset form of Parkinson’s for many years, understanding what it actually did within cells has been difficult to solve. Now, Professor Martin and colleagues have discovered that in response to specific types of cell damage, Parkin can trigger the self-destruction of ‘injured’ nerve cells by switching on a controlled process of ‘cellular suicide’ called apoptosis.

Using cutting-edge research techniques, the Martin laboratory, funded by Science Foundation Ireland, found that damage to mitochondria (which function as ‘cellular battery packs’) activates the Parkin protein, which results in one of two different outcomes – either self-destruction or a repair mode. Which outcome was chosen depended on the degree of damage suffered by the cellular battery packs.

Importantly, these new findings suggest that one of the problems in Parkinson’s disease may be the failure to clear away sick nerve cells with faulty cellular battery packs, to make way for healthy replacements. Instead, sickly and dysfunctional nerve cells may accumulate, which effectively prevents the recruitment of fresh replacements.

Commenting on the findings, Professor Martin stated: “This discovery is surprising and turns on its head the way we thought that Parkin functions. Until now, we have thought of Parkin as a brake on cell death within nerve cells, helping to delay their death. However, our new data suggests the contrary: Parkin may in fact help to weed out injured and sick nerve cells, which probably facilitates their replacement. This suggests that Parkinson’s disease could result from the accumulation of defective neurons due to the failure of this cellular weeding process.”

Professor Martin also added: “We are very grateful for the support of Science Foundation Ireland, who funded this research. This work represents an excellent example of how basic research leads to fundamental breakthroughs in our understanding of how diseases arise. Without such knowledge, it would be very difficult to develop new therapies.”

The work was carried out in Trinity’s School of Genetics and Microbiology. The research team was led by Professor Martin and included Trinity PhD student Richard Carroll and Research Fellow Dr Emilie Hollville. The Trinity research team is internationally recognised for its work on the regulation of cell death.

Mitochondrial depolarization promotes Parkin- and PTEN-induced kinase 1 (PINK1)-dependent polyubiquitination of multiple proteins on mitochondrial outer membranes, resulting in the removal of defective mitochondria via mitophagy. Because Parkin mutations occur in Parkinson’s disease, a condition associated with the death of dopaminergic neurons in the midbrain, wild-type Parkin is thought to promote neuronal survival. However, here we show that wild-type Parkin greatly sensitized toward apoptosis induced by mitochondrial depolarization but not by proapoptotic stimuli that failed to activate Parkin. Parkin-dependent apoptosis required PINK1 and was efficiently blocked by prosurvival members of the Bcl-2 family or knockdown of Bax and Bak. Upon mitochondrial depolarization, the Bcl-2 family member Mcl-1 underwent rapid Parkin- and PINK1-dependent polyubiquitination and degradation, which sensitized toward apoptosis via opening of the Bax/Bak channel. These data suggest that similar to other sensors of cell stress, such as p53, Parkin has cytoprotective (mitophagy) or cytotoxic modes (apoptosis), depending on the degree of mitochondrial damage.