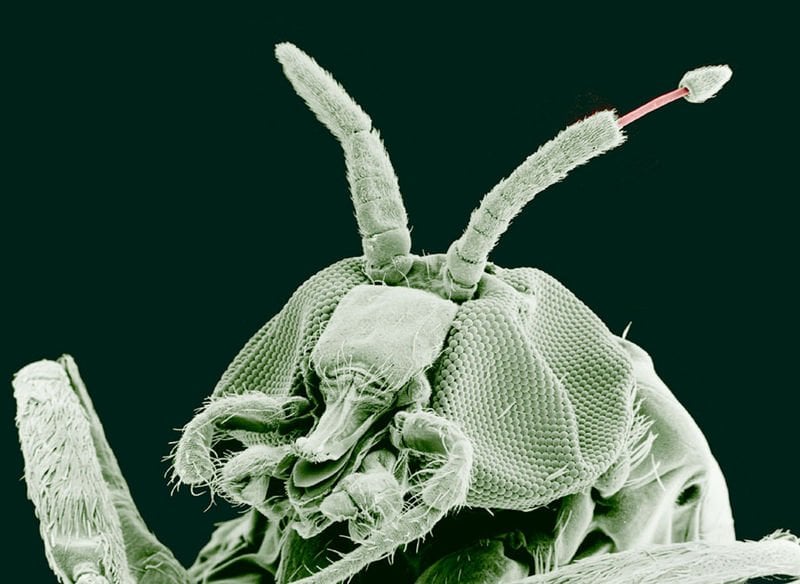 The largest study of epilepsy in Africa to date reveals that programmes to control parasitic diseases and access to better antenatal care could substantially reduce the prevalence of the disease in this region. This image shows a black fly with Onchocerca volvulus emerging from its antenna. Onchocerca volvulus is responsible for the parasitic disease Onchocerciasis.
Home
Featured

Epilepsy is one of the most common neurological conditions worldwide, and it is well known that it is significantly more prevalent in poorer countries and rural areas. The study of more than half a million people in five countries of sub-Saharan Africa is the first to reveal the true extent of the problem and the impact of different risk factors.

The study, conducted at International Network for the Demographic Evaluation of Populations and Their Health (INDEPTH) demographic surveillance sites in Kenya, South Africa, Uganda, Tanzania and Ghana, screened 586 607 residents and identified 1711 who were diagnosed as having active convulsive epilepsy.

These individuals, along with 2033 who did not have epilepsy, were given a questionnaire to complete about their lifestyle habits. The team also took blood samples to test for exposure to malaria, HIV and four other parasitic diseases that are common in low-income countries.

The team found that adults who had been exposed to parasitic diseases were 1.5 to 3 times more likely to have epilepsy than those who had not. Epilepsy has previously been linked with various parasite infections, but this is the first study to reveal the extent of the problem.

Professor Charles Newton from the Wellcome Trust programme at the Kenyan Medical Research Institute (KEMRI) and the Department of Psychiatry at Oxford University, who led the study, said: “This study demonstrates that many cases of epilepsy could be entirely preventable with elimination of parasites in Africa, some of which, for example onchocerciasis, have been controlled in some areas. In some areas the incidence of epilepsy could be reduced by 30-60 per cent with appropriate control measures.”

In children, the greatest risk factors for developing epilepsy were complications associated with delivery and head injury. Interventions to improve antenatal and perinatal care could substantially reduce the prevalence of epilepsy in this region, say the authors.

The study focused on people with convulsive epilepsies as they are the most reliably detected and reported and there remains a substantial stigma attached to patients with the disease.

“Facilities for diagnosis, treatment and ongoing management of epilepsy are virtually non-existent in many of the world’s poorest regions, so it’s vital that we take these simple steps to try and prevent as many cases of this debilitating disease as possible,” Professor Newton added.

Notes about this epilepsy research article

The findings are published Lancet Neurology. The study was funded by the Wellcome Trust, with support from the University of the Witwatersrand and the South African Medical Research Council.