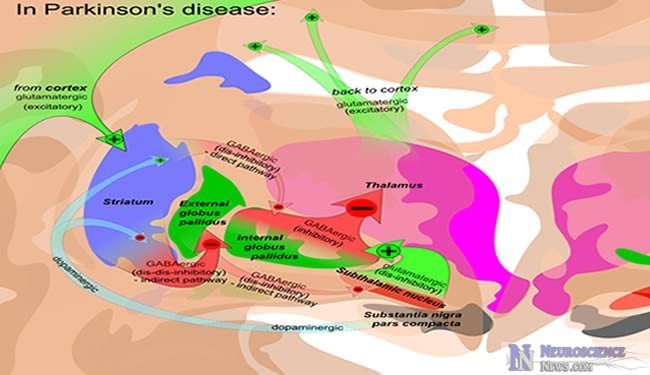 Oxidative Stress, Defective Nucleoli Likely a Cause of Parkinson’s Disease

Parkinson’s disease may be caused by oxidative stress within cells due to defective nucleoli.

The research further found that reduced mTOR enzyme activity was a likely cause of defective nucleoli and oxidative stress within cells. It is believed the reduced mTOR activity disrupts the normal operations of the mitochondria, which then leads to the oxidative stress, defective nucleoli and eventually damage and death of dopamine-producing neurons.

With a new model to study, cellular cues to monitor and promising new details revealed, the path to understanding and treating Parkinson’s disease is clearing.

A lot of information important to those following Parkinson’s disease, neurodegenerative diseases, cellular neuroscience and neurology is presented in the release below.

A possible cause of Parkinson’s disease discovered

Defective nucleoli have been implicated in several rare hereditary diseases, most recently also in neurodegenerative disorders such as Alzheimer’s and Huntington’s disease. Despite intense research efforts around the world, the molecular causes of Parkinson’s disease are still unclear. Under the leadership of Dr. Rosanna Parlato, scientists from the departments of Professor Dr. Guenther Schuetz and Professor Dr. Ingrid Grummt at DKFZ have investigated whether the demise of nucleoli also plays a role in this disease, which is also known as “shaking palsy”.

The investigators studied dopamine-producing neurons in the brain of Parkinson’s disease patients under the microscope. When Parkinson’s disease occurs, this type of cells malfunctions and dies, causing the characteristic palsy symptoms. Indeed, the majority of nucleoli in these cells were found to be defective.

This discovery caused the group to investigate whether disrupted nucleoli may really cause Parkinson’s-like symptoms or whether this was only an incidental finding. To this end, they modified the DNA of mice in such a way that the dopamine-producing cells of the experimental animals could only form defective nucleoli. These mice showed symptoms resembling Parkinson’s disease, such as characteristically impaired movements. In addition, the dopamine-producing neurons in their brain died prematurely.

In order to find out why these symptoms occur, the researchers took a closer look at all functions of the genetically modified cells. And they found an important change: The activity of the mTOR enzyme, a key regulator of intracellular signaling pathways, was reduced in the genetically modified cells. As a result of reduced mTOR activity, the function of mitochondria, the cellular power plants, is disrupted. This functional disruption causes oxidative stress within the cell; highly reactive oxygen compounds accumulate and cause damage to a multitude of molecules in the cell.

“Defective nucleoli apparently cause oxidative stress in cells. This can lead to massive cell damage and may be a key prerequisite for the typical nerve damage of Parkinson’s disease,” says Dr. Rosanna Parlato. “The dopamine-producing neurons are particularly sensitive to oxidative stress.” However, the scientists are not sure whether the damage in the nucleoli is really the sole cause of this neurodegeneration. “In any case, the nucleolus functions as a stress sensor showing us that a cell is in danger.”

The German Cancer Research Center (Deutsches Krebsforschungszentrum, DKFZ), employing over 2,500 staff members, is the largest biomedical research institute in Germany. More than 1,000 scientists are working to investigate the mechanisms of cancer development, identify cancer risk factors and develop new strategies for better cancer prevention, more precise diagnosis and effective treatment of cancer patients. In addition, the staff of the Cancer Information Service (KID) provides information about this widespread disease for patients, their families, and the general public. DKFZ is funded by the German Federal Ministry of Education and Research (90%) and the State of Baden-Wuerttemberg (10%) and is a member of the Helmholtz Association of National Research Centers.