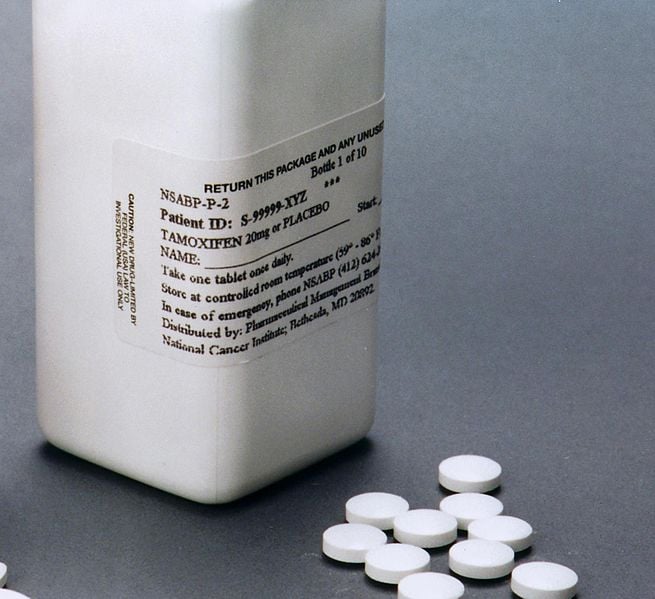 A team from the University of Rochester Medical Center has shown scientifically what many women report anecdotally: that the breast cancer drug tamoxifen is toxic to cells of the brain and central nervous system, producing mental fogginess similar to “chemo brain.”

However, in the Journal of Neuroscience, researchers also report they’ve discovered an existing drug compound that appears to counteract or rescue brain cells from the adverse effects of the breast cancer drug.

Corresponding author Mark Noble, Ph.D., professor of Biomedical Genetics and director of the UR Stem Cell and Regenerative Medicine Institute, said it’s exciting to potentially be able to prevent a toxic reaction to one of the oldest and most widely used breast cancer medications on the market. Although tamoxifen is more easily tolerated compared to most cancer treatments, it nonetheless produces troubling side effects in a subset of the large number of people who take it.

By studying tamoxifen’s impact on central nervous system cell populations and then screening a library of 1,040 compounds already in clinical use or clinical trials, his team identified a substance known as AZD6244, and showed that it essentially eliminated tamoxifen-induced killing of brain cells in mice.

“As far as I know, no one else has discovered an agent that singles out and protects brain and central nervous system cells while also not protecting cancer cells,” said Noble, who also collaborates with researchers at the UR’s James P. Wilmot Cancer Center. “This creates a whole new paradigm; it’s where we need to go.”

The research is the result of two separate but related projects from Noble’s lab. One investigates the science underlying a condition known as “chemo brain,” and another is looking at how to exploit tamoxifen’s attributes for use in other types of cancer besides early-stage, less-aggressive breast cancer. (The drug is a type of hormonal therapy, which works by stopping the growth of estrogen-sensitive tumors.)

In the Journal of Neuroscience paper, Noble’s team first identified central nervous system (CNS) cells that are most vulnerable to tamoxifen toxicity. Chief among these were oligodendrocyte-type 2 astrocyte progenitor cells (O-2A/OPCs), cells that are essential for making the insulating sheaths (called myelin) required for nerve cells to work properly. Exposure to clinically relevant levels of tamoxifen for 48 hours killed more than 75 percent of these cells.

In earlier work, while studying the biology of the cognitive difficulties that linger in some people being treated for cancer, Noble and colleagues discovered that 5-fluorouracil, (cisplatin, cytarabine, carmustine), and multiple other types of chemotherapy, damages populations of stem cells in the CNS. Published in the Journal of Biology in 2006 and 2008, these studies pioneered analysis of the biological foundations of chemo brain.

“It’s critical to find safe treatments that can rescue the brain from impairment,” Noble said, “because despite increasing awareness and research in this area, some people continue to endure short-term memory loss, mental cloudiness, and trouble concentrating. For some patients the effects wear off over time, but others experience symptoms that can lead to job loss, depression, and other debilitating events.”

Noble’s lab, led by post-doctoral fellow Hsing-Yu Chen, Ph.D., identified 27 drugs that protected O-2A/OPCs from the effects of tamoxifen. Further testing resulted in singling out AZD6244, by other laboratories as a potential cancer therapy.

In mice co-treated with tamoxifen plus AZD6244, cell death in the corpus callosum, the largest white matter (myelinated) structure in the brain, was prevented, the paper reported. Meanwhile, several national clinical trials are testing the safety and effectiveness of AZD6244 in treating multiple cancers, from breast and colon to melanoma and lung.

Researchers were also optimistic about finding that while AZD6244 protected brain cells, it did not also protect cancer cells. New drug compounds have greater value if they do not compromise the effects of existing treatments, and in this case, Noble said, the experiments in his laboratory agreed with studies by other research groups, who found that the combined use of AZD6244 and chemotherapy enhances targeting of cancer cells.

In future work, Noble’s group plans to identify the dosage of AZD6244 that provides maximum protection and minimum disruption to differentiating brain cells. Their research was supported by the U.S. Department of Defense, National Institutes of Health, Susan Komen Race for the Cure, and the Carlson Stem Cell Fund.

This is the second tamoxifen-related study to come from Noble’s lab in 2013. In April they showed in pre-clinical research they could leverage the drug’s various cellular activities so that it might work on more aggressive triple-negative breast cancer. In the journal EMBO Molecular Medicine, Noble and Chen also reported finding an experimental compound that enhances tamoxifen’s ability to work in this new way.

Notes about this neurology and pharmacology research