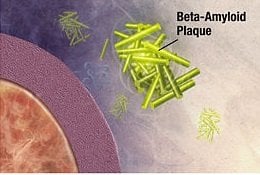 Alzheimer’s Progression Tracked Prior to Dementia

For years, scientists have attempted to understand how Alzheimer’s disease harms the brain before memory loss and dementia are clinically detectable. Most researchers think this preclinical stage, which can last a decade or more before symptoms appear, is the critical phase when the disease might be controlled or stopped, possibly preventing the failure of memory and thinking abilities in the first place.

Important progress in this effort is reported in October in Lancet Neurology. Scientists at the Charles F. and Joanne Knight Alzheimer Disease Research Center at in St. Louis, working in collaboration with investigators at the University of Maastricht in the Netherlands, helped to validate a proposed new system for identifying and classifying individuals with preclinical Alzheimer’s disease.

A panel of Alzheimer’s experts, convened by the National Institute on Aging in association with the Alzheimer’s Association, proposed the classification system two years ago. It is based on earlier efforts to define and track biomarker changes during preclinical disease.

According to the Washington University researchers, the new findings offer reason for encouragement, showing, for example, that the system can help predict which cognitively normal individuals will develop symptoms of Alzheimer’s and how rapidly their brain function will decline. But they also highlight additional questions that must be answered before the classification system can be adapted for use in clinical care.

“For new treatments, knowing where individuals are on the path to Alzheimer’s dementia will help us improve the design and assessment of clinical trials,” said senior author Anne Fagan, PhD, research professor of neurology. “There are many steps left before we can apply this system in the clinic, including standardizing how we gather and assess data in individuals, and determining which of our indicators of preclinical disease are the most accurate. But the research data are compelling and very encouraging.”

The researchers applied these criteria to research participants studied from 1998 through 2011 at the Knight Alzheimer Disease Research Center. The center annually collects extensive cognitive, biomarker and other health data on normal and cognitively impaired volunteers for use in Alzheimer’s studies.

The scientists analyzed information on 311 individuals age 65 or older who were cognitively normal when first evaluated. Each participant was evaluated annually at the center at least twice; the participant in this study with the most data had been followed for 15 years.

“A total of 31 percent of our participants had preclinical disease,” said Fagan. “This percentage matches findings from autopsy studies of the brains of older individuals, which have shown that about 30 percent of people who were cognitively normal had preclinical Alzheimer’s pathology in their brain.”

“Risk factors for Alzheimer’s disease might also be associated with other life-threatening illnesses,” Fagan said. “It’s also possible that the presence of Alzheimer’s hampers the diagnosis and treatment of other conditions or contributes to health problems elsewhere in the body. We don’t have enough data yet to say, but it’s an issue we’re continuing to investigate.”