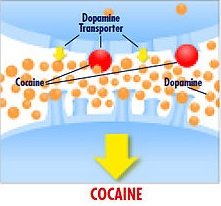 New Insight into How the Brain ‘Learns’ Cocaine Addiction

A team of researchers says it has solved the longstanding puzzle of why a key protein linked to learning is also needed to become addicted to cocaine. Results of the study, published in the Aug. 1 issue of the journal Cell, describe how the learning-related protein works with other proteins to forge new pathways in the brain in response to a drug-induced rush of the “pleasure” molecule dopamine. By adding important detail to the process of addiction, the researchers, led by a group at Johns Hopkins, say the work may point the way to new treatments.

“The broad question was why and how cocaine strengthened certain circuits in the brain long term, effectively re-wiring the brain for addiction,” says Paul Worley, M.D., a professor in the Solomon H. Snyder Department of Neuroscience at the Johns Hopkins University School of Medicine. “What we found in this study was how two very different types of systems in the brain work together to make that happen.” Cocaine addiction, experts say, is among the strongest of addictions.

Worley did not come to the problem as an addiction researcher, but as an expert in a group of genes known as immediate early genes, which rapidly ramp up production in neurons when the brain is exposed to new information. In 2001, he said, a European group led by François Conquet of GlaxoSmithKline reported that deleting mGluR5, a protein complex that responds to the common brain-signaling molecule glutamate, made mice unresponsive to cocaine. “That finding came out of the blue,” says Worley, who knew mGluR proteins for their interactions with immediate early genes. “I never would have thought this type of protein was linked to dopamine and addiction, because the functions for it that we knew about up to that point were completely unrelated. That’s what scientists love: when you’re pretty sure something is right, but you don’t have a clue why.”

The finding set Worley’s research group on a long search for an explanation. Eventually, in addition to studying the effects of altering genes for the relevant proteins in mice, they partnered with experts in measuring the brain’s electrical signals and in a biophysical technique that detects when chemical bonds are rotated within protein molecules. Using different types of experiments, they pieced together a complex story of how dopamine released in response to cocaine works together with mGluR5 and immediate early genes to switch cells into synapse-strengthening mode.

“The process we identified explains how cocaine exposure can co-opt normal mechanisms of learning to induce addiction,” Worley says. Knowing the details of the mechanism may help researchers identify targets for potential drugs to treat addiction, he adds.

Notes about this neurogenetics and addiction research