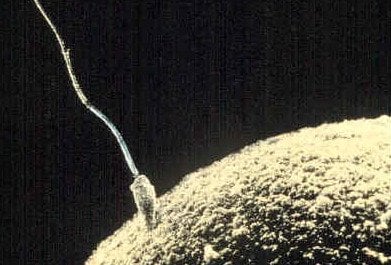 Researchers examined the ova of rats exposed to stress prior to conceiving. They discovered an enhanced expression of the CRF-1 gene.
Home
Featured

Exposure to Stress Even Before Conception Causes Genetic Changes to Offspring

A female’s exposure to distress even before she conceives causes changes in the expression of a gene linked to the stress mechanism in the body — in the ovum and later in the brains of the offspring from when they are born, according to a new study on rats conducted by the University of Haifa.

“The systemic similarity in many instances between us and mice raises questions about the transgenerational influences in humans as well, for example, the effects of the Second Lebanon War or the security situation in the South on the children of those who went through those difficult experiences,” the researchers said. “If until now we saw evidence only of behavioral effects, now we’ve found proof of effects at the genetic level.”

In previous studies in Prof. Micah Leshem’s lab, it was found that exposing rats to stress before they had even conceived (and even at their “teen” stage) influences the behavior of their offspring. This study, conducted in the lab of Dr. Inna Gaisler-Salomon by PhD student Hiba Zaidan, in cooperation with Prof. Leshem, the researchers sought to examine whether there was an influence on genetic expression.

In the study, which was recently published in the journal Biological Psychiatry, the researchers focused on the gene known as CRF-1, a gene linked to the body’s stress-control system that expresses itself in many places in the brain under stress.

The researchers took female rats that were 45 days old, which is parallel to human adolescence. Some of the rats were exposed to “minor” stress, which included changes in temperature and daily routine for seven days, and compared them to a control group that was not exposed to stress at all. The rats were mated and conceived two weeks later.

Inflammatory Trigger a New Clue in Alzheimer’s and PSP

“This is the first time that we showed that the genetic response to stress in rats is linked to the experiences their mothers underwent long before they even got pregnant with them,” the researchers said. “We are learning more and more about intergenerational genetic transfer and in light of the findings, and in light of the fact that in today’s reality many women are exposed to stress even before they get pregnant, it’s important to research the degree to which such phenomenon take place in humans.”

Notes about this genetics and neuropsychology research