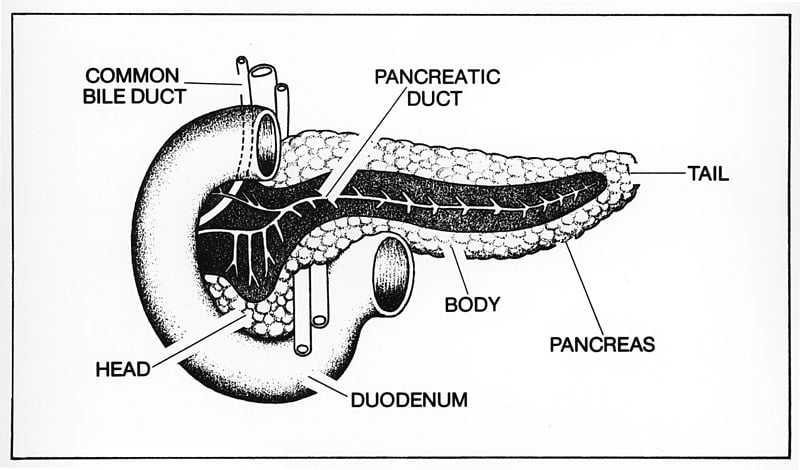 Identifying sympathetic nerves as a critical player in organizing pancreatic cells during development and influencing their later function, could add to a better understanding of treating diabetes in the future, the researchers believe. This is a diagram of the pancreas.
Home
Featured

The human body is a complicated system of blood vessels, nerves, organs, tissue and cells each with a specific job to do. When all are working together, it’s a symphony of form and function as each instrument plays its intended roles.

Biologist Rejji Kuruvilla and her fellow researchers uncovered what happens when one instrument is not playing its part.

Kuruvilla along with graduate students Philip Borden and Jessica Houtz, both from the Biology Department at Johns Hopkins University’s Krieger School of Arts and Sciences, and Dr. Steven Leach from the McKusick-Nathans Institute of Genetic Medicine at the Johns Hopkins School of Medicine, recently published a paper in the journal Cell Reports exploring whether “cross-talk” or reciprocal signaling, takes place between the neurons in the sympathetic nervous system and the tissues that the nerves connect to. In this case the targeted tissue called islets, were in the pancreas.

“We knew that sympathetic neurons need molecular signals from the tissues that they connect with, to grow and survive,” said Kuruvilla. “What we did not know was whether the neurons would reciprocally signal to the target tissues to instruct them to grow and mature. It made sense to focus on the pancreas because of previous studies done in diabetic animal models where sympathetic nerves within the pancreas were found to retract early on in the disease, suggesting that dysfunction of the nerves could be an early trigger for pancreatic defects.”

The researchers spent approximately three years working with lab mice to test the various scenarios in which signaling between sympathetic neurons and islet cells might take place. The experiments focused on what effects removing the sympathetic nerves would have on pancreas development in newborn mice.

Previous studies had shown that pancreatic cells release a signal of their own, a nerve growth protein, that directs the sympathetic nerves toward the pancreas and provides necessary nutrition to sustain the nerves.

In turn, Kuruvilla’s team found that in mutant mice, the removal of the sympathetic neurons resulted in deformities in the architecture of the pancreatic islet cells and defects in insulin secretion and glucose metabolism.

Pancreatic islets are highly organized functional micro-organs with a defined size, shape and distinctive arrangement of endocrine cells. It’s this marriage of form and function that result in cells clustered close together, that creates greater, more efficient islet cell function.

However, the mutant mice, with their sympathetic neurons removed, had islet formations that were misshapen, sported lesions and developed in a patchy, uneven manner. Because of their dysfunctional islet cell development, postnatal mice did not secrete enough insulin when confronted with high glucose, and had high blood glucose levels as a result. Increased levels of blood glucose in humans is a hallmark of diabetes.

It’s known in neuroscience that the neurons in question from the sympathetic nervous system control the body’s “flight or fight” response and communicate with connected tissues by releasing a chemical messenger called norepinephrine. The release of norepinephrine also plays an important role in the development and maturation of islets, said Kuruvilla.

Using sympathetic neurons and islet cells grown together in a culture dish, the researchers observed that islet cells move toward the nerves and identified norepinephrine as the nerve signal that causes the movement of the islet cells.

“Seeing how these islet cells were responding to sympathetic neurons both in a dish and the effects of removing the nerves in a whole animal on islet shape and functions were pretty remarkable,” said Borden, lead author of the paper. “It was clear to us that sympathetic neurons were key to how islets were developing, something no one else had shown.”

COVID-19 on the Brain: Neurological Symptoms Persist in Majority of Long-Haulers

Kuruvilla said these studies, identifying sympathetic nerves as a critical player in organizing pancreatic cells during development and influencing their later function, could add to a better understanding of treating diabetes in the future. The research also lends support to the value in considering the importance of external factors such as nerves and blood vessels when transplanting islet cells for the treatment of diabetes in patients.

“This study reveals interactions between two co-developing systems, sympathetic neurons and pancreatic islet cells, that has important implications for peripheral organ development, and for regeneration of these tissues following injury or disease,” said Kuruvilla.

Notes about this neuroscience and neurodevelopment research

This research was supported by grants from National Institutes of Health, DK090624 and NS073751.