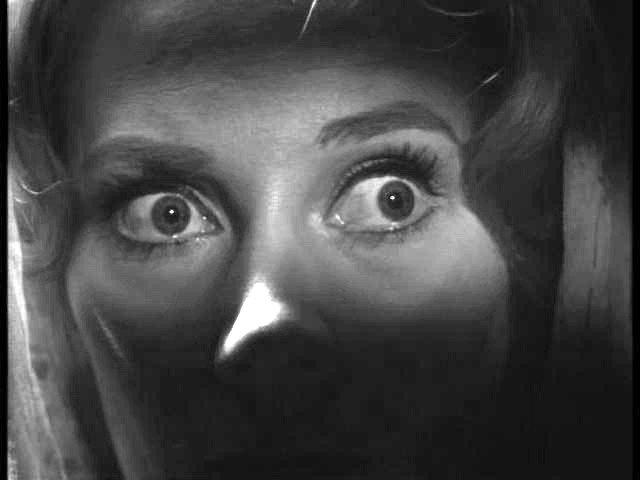 Oxytocin appears to the reason stressful social situations reverberate long past the event and can trigger fear and anxiety in the future. This image is a screen capture from the public domain film Carnival of Souls.
Home
Featured

The Love Hormone is Two-Faced

It turns out the love hormone oxytocin is two-faced. Oxytocin has long been known as the warm, fuzzy hormone that promotes feelings of love, social bonding and well-being. It’s even being tested as an anti-anxiety drug. But new Northwestern Medicine research shows oxytocin also can cause emotional pain, an entirely new, darker identity for the hormone.

Oxytocin appears to be the reason stressful social situations, perhaps being bullied at school or tormented by a boss, reverberate long past the event and can trigger fear and anxiety in the future.

That’s because the hormone actually strengthens social memory in one specific region of the brain, Northwestern scientists discovered.

If a social experience is negative or stressful, the hormone activates a part of the brain that intensifies the memory. Oxytocin also increases the susceptibility to feeling fearful and anxious during stressful events going forward.

(Presumably, oxytocin also intensifies positive social memories and, thereby, increases feelings of well being, but that research is ongoing.)

The findings are important because chronic social stress is one of the leading causes of anxiety and depression, while positive social interactions enhance emotional health. The research, which was done in mice, is particularly relevant because oxytocin currently is being tested as an anti-anxiety drug in several clinical trials.

“By understanding the oxytocin system’s dual role in triggering or reducing anxiety, depending on the social context, we can optimize oxytocin treatments that improve well-being instead of triggering negative reactions,” said Jelena Radulovic, the senior author of the study and the Dunbar Professsor of Bipolar Disease at Northwestern University Feinberg School of Medicine. The paper was published July 21 in Nature Neuroscience.

This is the first study to link oxytocin to social stress and its ability to increase anxiety and fear in response to future stress. Northwestern scientists also discovered the brain region responsible for these effects — the lateral septum – and the pathway or route oxytocin uses in this area to amplify fear and anxiety.

The scientists discovered that oxytocin strengthens negative social memory and future anxiety by triggering an important signaling molecule — ERK (extracellular signal regulated kinases) — that becomes activated for six hours after a negative social experience. ERK causes enhanced fear, Radulovic believes, by stimulating the brain’s fear pathways, many of which pass through the lateral septum. The region is involved in emotional and stress responses.

The findings surprised the researchers, who were expecting oxytocin to modulate positive emotions in memory, based on its long association with love and social bonding.

“Oxytocin is usually considered a stress-reducing agent based on decades of research,” said Yomayra Guzman, a doctoral student in Radulovic’s lab and the study’s lead author. “With this novel animal model, we showed how it enhances fear rather than reducing it and where the molecular changes are occurring in our central nervous system.’

The new research follows three recent human studies with oxytocin, all of which are beginning to offer a more complicated view of the hormone’s role in emotions.

All the new experiments were done in the lateral septum. This region has the highest oxytocin levels in the brain and has high levels of oxytocin receptors across all species from mice to humans.

“This is important because the variability of oxytocin receptors in different species is huge,” Radulovic said. “We wanted the research to be relevant for humans, too.”

Experiments with mice in the study established that 1) oxytocin is essential for strengthening the memory of negative social interactions and 2) oxytocin increases fear and anxiety in future stressful situations.

Three groups of mice were individually placed in cages with aggressive mice and experienced social defeat, a stressful experience for them. One group was missing its oxytocin receptors, essentially the plug by which the hormone accesses brain cells. The lack of receptors means oxytocin couldn’t enter the mice’s brain cells. The second group had an increased number of receptors so their brain cells were flooded with the hormone. The third control group had a normal number of receptors.

Again, the three groups of mice were exposed to the stressful experience of social defeat in the cages of other more aggressive mice. This time, six hours after the social stress, the mice were put in a box in which they received a brief electric shock, which startles them but is not painful. Then 24 hours later, the mice were returned to the same box but did not receive a shock.

The mice missing their oxytocin receptors did not show any enhanced fear when they re-entered the box in which they received the shock. The second group, which had extra oxytocin receptors showed much greater fear in the box. The third control group exhibited an average fear response.

“This experiment shows that after a negative social experience the oxytocin triggers anxiety and fear in a new stressful situation,” Radulovic said.