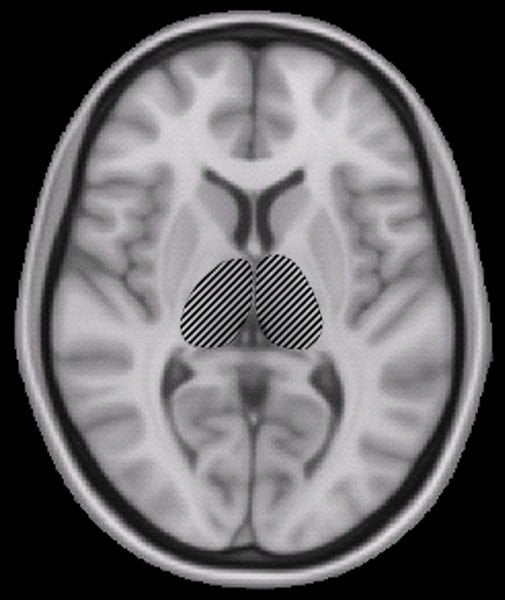 Using diffusion tensor imaging, researchers noted extra white matter dysfunction in areas, such as the thalamus, of patients with MS who had related cognitive problems. The image highlights the thalamus.
Home
Featured

“This state-of-the-art imaging technology confirms that cognitive symptoms in MS have a biological basis,” said study author Hanneke E. Hulst, MSc, of VU University Medical Center in Amsterdam, the Netherlands. “The consequence of this discovery is that imaging can now be used to capture a wider spectrum of changes in the brains of people with MS, and will therefore help determine more accurately whether new treatments are helping with all aspects of the disease.”

Cognitive problems are common in MS, affecting up to 65 percent of people with the disease.

The study was supported by the Dutch MS Research Foundation.