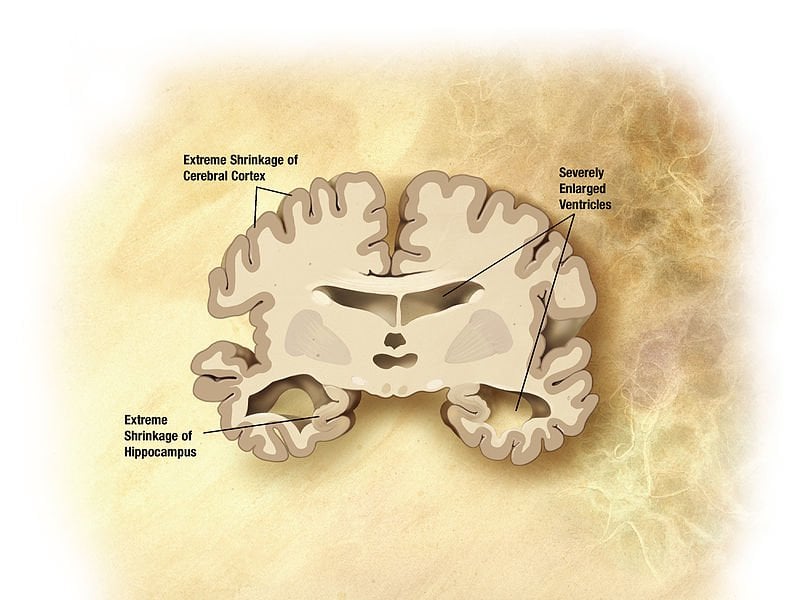 Researchers identified the new genes by analyzing previously studied and newly collected DNA data from 74,076 older volunteers with Alzheimer's and those free of the disorder from 15 countries. The new genes (HLA-DRB5/HLA0DRB1, PTK2B, SLC24A4-0RING3, DSG2, INPP5D, MEF2C, NME8, ZCWPW1, CELF1, FERMT2 and CASS4) add to a growing list of gene variants associated with onset and progression of late-onset Alzheimer's.
Home
Featured

Researchers at the University of Florida and The Johns Hopkins University have developed a line of genetically altered mice that model the earliest stages of Alzheimer’s disease. This model may help scientists identify new therapies to provide relief to patients who are beginning to experience symptoms.

The researchers report their findings in The Journal of Neuroscience.

“The development of this model could help scientists identify new ways to enhance brain function in patients in the early stages of the disease,” said David Borchelt, UF professor of neuroscience in the Evelyn F. and William L. McKnight Brain Institute and director of the SantaFe HealthCare Alzheimer’s Disease Research Center. “Such therapies could preserve brain function longer and delay the appearance of more severe symptoms that leave patients unable to care for themselves.”

In the early stages of Alzheimer’s disease, people struggle with and fail to learn new games, rules or technologies because their cognitive flexibility decreases. The degenerative disease continues with memory loss and the decline of other brain functions.

The researchers worked with mice that had specially designed gene fragments derived from bacteria and from humans that allowed the investigators to control the production of a small peptide. The peptide, called amyloid beta peptide, is a short chain of amino acids. Accumulations of this particular peptide in the brain as lesions called plaques occur early in the progression of Alzheimer’s disease and seem to trigger the early memory problems.

The team regulated the expression of the peptide using antibiotics, when the animals stopped taking the antibiotic, the peptide-producing gene turned on and caused the mice to develop the plaques found in Alzheimer’s patients. After the mice had developed the Alzheimer pathology, the researchers turned the gene back off and observed that the mice showed persistent memory problems that resemble the early stages of the disease.

“This model may be useful to researchers to test drugs that could help with symptoms of early stage Alzheimer’s disease,” Borchelt said.

Surrounded by Sick Coworkers? Your Body Is Preparing for Battle