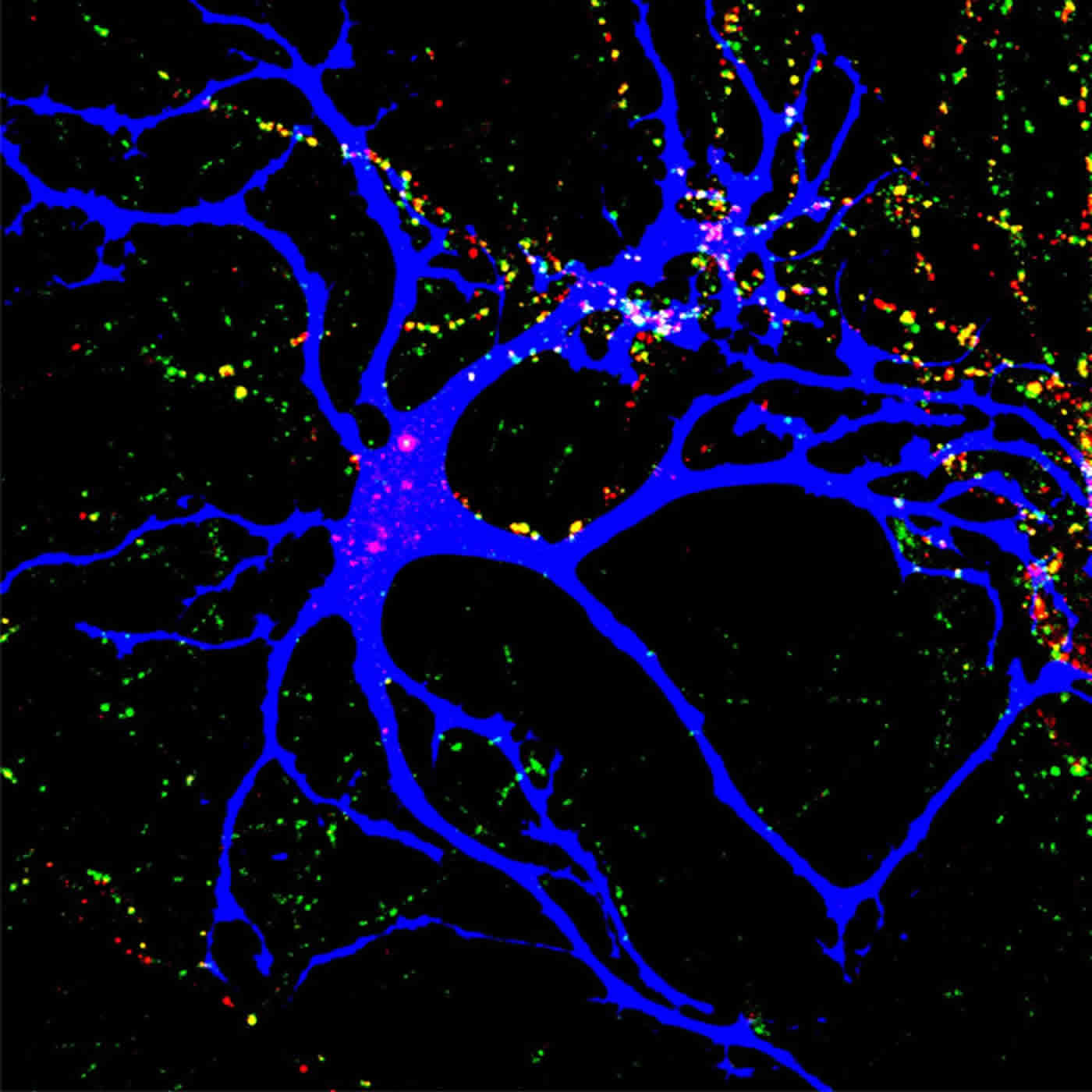 New research from Duke University reveals how three proteins work in concert to wire up a specific area of the developing brain that is responsible for processing sensory information.

The findings, published in the Jan. 14 issue of the journal Cell, may also lend insight into brain disorders including autism, depression and addiction, because previous research has linked these proteins individually to those diseases.

“We may have pinpointed a developmental process that may be critically impaired in diseases such as autism, and that’s really exciting,” said Cagla Eroglu, an assistant professor of cell biology and neurobiology at the Duke University School of Medicine, who led the research.

The new work focused on the neurons that pass information from the brain’s thalamus — which processes sensory information — to the cortex, which is important for memory, attention and consciousness, among other roles. In late 2014, Eroglu’s group found that a protein called ‘hevin’, produced by crucial non-neuronal brain cells called astrocytes, helps new neuronal connections form from the thalamus to the cortex in mice, but exactly how was unclear.

The group thought that two other types of proteins, neurexins and neuroligins, might be involved. Neurexins are present on the message-sending sides of neurons, whereas neuroligins are on the receiving ends. These proteins are thought to align new neuronal contacts so that they can pass signals within the small gaps between them, called synapses.

“There is an interesting code between neurexins and neuroligins that determines whether they form contacts between each other,” said Eroglu, who is also a member of the Duke Institute for Brain Sciences. “Some forms of these molecules seem to prefer each other and make contacts, while some don’t interact with each other at all. What we found here, which was surprising, is that astrocytes secrete hevin to alter this code.”

In particular, Eroglu and her team found that hevin causes two specific members of these protein families which would not normally interact — neurexin-1 alpha from thalamus neurons and neuroligin-1B from the cortex — to wire neurons of the thalamus to those of the cortex.

A battery of biochemical experiments by postdoctoral researcher Sandeep Singh in Eroglu’s lab showed specific places on the hevin protein that latched onto both neurexin-1 alpha and neuroligin-1B, forming a molecular bridge across the synapses. Singh then created different versions of hevin in which various regions were missing, finding the necessary place on the hevin molecule that made the link between neurexin 1 alpha and neuroligin 1B.

Mice lacking either neurexin-1 alpha or neuroligin-1 have problems forming thalamus-cortex connections, according to experiments by graduate student Jeff Stogsdill in Eroglu’s lab. In these mice, synapses by neighboring neurons in the cortex take over. Mice lacking hevin have similar issues, he said.

“Perhaps one reason our brains have so many different forms of neurexins and neuroligins is that they encourage specific neurons to find one another during development and make certain kinds of connections,” Stogsdill said.

Before this study, neither neurexin 1 alpha nor neuroligin 1 were recognized as important in thalamus-cortex wiring. Astrocytes were not known to help guide these kinds of synapses to form.

The new findings also illustrate the importance of hevin in developing neuronal connections shapeed by the sensory information an animal takes in.

By collaborating with Alexandre Medina’s lab at the University of Maryland, the team found that mice missing hevin were unable to strengthen thalamus-cortex connections in response to changes in visual experience in young mice. Supplying hevin to the astrocytes of these mice fixed this problem.

“This result nicely illustrated that hevin secreted by astrocytes is particularly necessary for ushering the formation of synapses that can be altered by experience,” Singh said.

The group plans to study how specific genetic mutations linked to autism may affect hevin’s ability to bridge neurexin and neuroligin. They will also investigate how hevin regulates the development of other brain circuits.

About this neurodevelopment and genetics research

Summary
Proper establishment of synapses is critical for constructing functional circuits. Interactions between presynaptic neurexins and postsynaptic neuroligins coordinate the formation of synaptic adhesions. An isoform code determines the direct interactions of neurexins and neuroligins across the synapse. However, whether extracellular linker proteins can expand such a code is unknown. Using a combination of in vitro and in vivo approaches, we found that hevin, an astrocyte-secreted synaptogenic protein, assembles glutamatergic synapses by bridging neurexin-1alpha and neuroligin-1B, two isoforms that do not interact with each other. Bridging of neurexin-1alpha and neuroligin-1B via hevin is critical for the formation and plasticity of thalamocortical connections in the developing visual cortex. These results show that astrocytes promote the formation of synapses by modulating neurexin/neuroligin adhesions through hevin secretion. Our findings also provide an important mechanistic insight into how mutations in these genes may lead to circuit dysfunction in diseases such as autism.