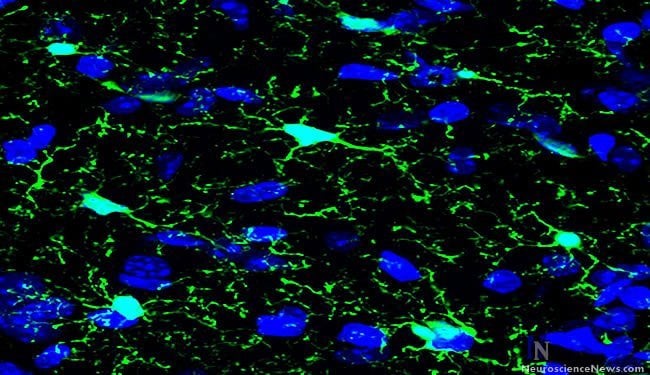 Gardening in the Brain

Gardeners know that some trees require regular pruning: some of their branches have to be cut so that others can grow stronger. The same is true of the developing brain: cells called microglia prune the connections between neurons, shaping how the brain is wired, scientists at the European Molecular Biology Laboratory (EMBL) in Monterotondo, Italy, discovered. Published online today in Science, the findings could one day help understand neurodevelopmental disorders like autism.

“We’re very excited, because our data shows microglia are critical to get the connectivity right in the brain,” says Cornelius Gross, who led the work: “They ‘eat up’ synapses to make space for the most effective contacts between neurons to grow strong.”

Microglia are related to the white blood cells that engulf pathogens and cellular debris, and scientists knew already that microglia perform that same clean-up task when the brain is injured, ‘swallowing up’ dead and dying neurons. Looking at the developing mouse brain under the microscope, Gross and colleagues found proteins from synapses – the connections between neurons – inside microglia, indicating that microglia are able to engulf synapses too.

To probe further, the scientists introduced a mutation that reduced the number of microglia in the developing mouse brain.

“What we saw was similar to what others have seen in at least some cases of autism in humans: many more connections between neurons,” Gross says. “So we should be aware that changes in how microglia work might be a major factor in neurodevelopmental disorders that have altered brain wiring.”

The microglia-limiting mutation the EMBL scientists used has only temporary effects, so eventually the number of microglia increases and the mouse brain establishes the right connections. However, this happens later in development than it normally would, and Gross and colleagues would now like to find out if that delay has long-term consequences. Does it affect the mice’s behaviour, for example? At the same time, Gross and colleagues plan to investigate what microglia do in the healthy adult brain, where their role is essentially unknown.