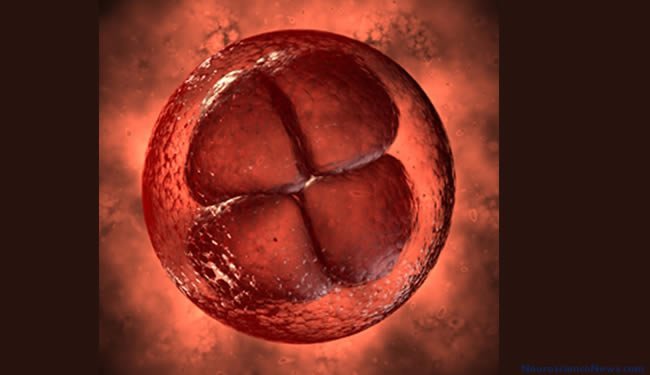 Yale researchers show in detail how three genes within human embryonic stem cells regulate development, a finding that increases understanding of how to grow these cells for therapeutic purposes.

This process, described in the April 6 issue of the journal Cell Stem Cell, is different in humans than in mice, highlighting the importance of research using human embryonic stem cells.

“It is difficult to deduce from the mouse how these cells work in humans,” said Natalia Ivanova, assistant professor of genetics in the Yale Stem Cell Center and senior author of the study. “Human networks organize themselves quite differently.”

Embryonic stem cells form soon after conception and are special because each cell can become any type of cell in the body. Cells become increasingly specialized as development progresses, losing the ability to become other cell types — except for the renewal of a few new stem cells. Scientists want to understand the processes of self-renewal and differentiation in order to treat a host of diseases characterized by damaged cells such as Parkinson’s disease, spinal cord injury, heart disease, and Alzheimer’s.

Scientists have identified three genes active in early development — Nanog, Oct 4, and Sox 2 — as essential to maintaining the stem cell’s ability to self-renew and prevent premature differentiation into the “wrong” type of cells. Because of restrictions on the use of human embryonic stem cells, much of the investigation into how these genes work has been done in mice.

The new study shows that human embryonic cells operate in fundamentally different ways in humans than in mouse cells. In humans, for instance, Nanog pairs with Oct 4 to regulate differentiation of so-called neuro-ectoderm cells, a lineage that gives rise to neurons and other central nervous system cells. Sox 2, by contrast, inhibits the differentiation of mesoderm — a lineage that gives rise to muscles and many other tissue types. Oct 4 cooperates with the other genes and is crucial in the regulation of all four early cell lineages: ectoderm, mesoderm, and endoderm — which gives rise to gut and glands such as liver and pancreas — as well as the creation of new stem cells. The self-renewal of stem cells has been implicated in several forms of cancer.

Ivanova stresses that many other genes must be involved in regulation of these early developmental changes, and her lab is investigating that question now.

Stark Changes in Brain Structure for People With Anorexia

The research was supported by a grant from the Connecticut Stem Cell Research Program.