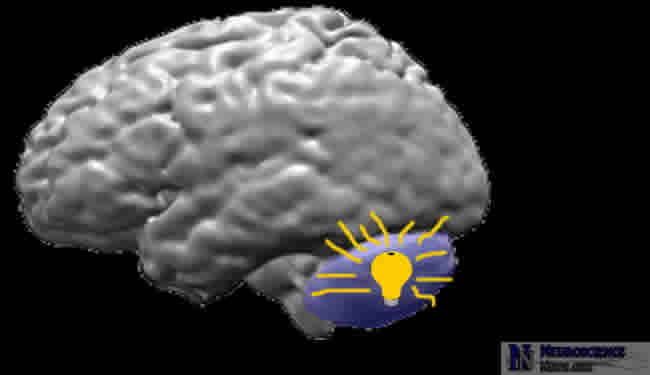 Researchers believe they found a link between the volume of one’s cerebellum and general intelligence.

Neuroimaging was used on 228 older adults that lived independently in the Aberdeen area of Scotland. These subjects were born in 1936 and tested at school in 1947 using the Moray House intelligence test. The 228 adults were tested again when they were 63-65 years old and had the voxel-based morphometry neuroimaging technique applied. The volumes of grey and white matter in frontal brain areas and the cerebellum were compared using the neuroimaging results.

The press release covering the findings claims researchers found that the volume of grey matter in the cerebellum could be used to predict intelligence. The volume-to-intelligence relationship strength differed in men and women, with men showing a stronger correlation between the two.

Experiments such as this have large amounts of variables which should be accounted for before extremely useful data can be applied to the general population. Opinions regarding intelligence testing, neuroimaging results, environmental differences and countless other variables are sure to differ greatly on such a heated topic and rightly so. Nevertheless, this research provides some proof that the cerebellum may play a larger role in intelligence than was previously understood by many.

Readers and researchers interested in linking physical activity to better cognition may find this research useful as will those interested in intelligence, cerebellar functions and aging in the brain.

Further details are provided in the original press release below.

The cerebellum provides clues to the nature of human intelligence

Research suggests that intelligence in humans is controlled by the part of the brain known as the ‘cortex’, and most theories of age-related cognitive decline focus on cortical dysfunction. However, a new study of Scottish older adults, reported in the April 2011 issue of Elsevier’s Cortex, suggests that grey matter volume in the ‘cerebellum’ at the back of the brain predicts cognitive ability, and keeping those cerebellar networks active may be the key to keeping cognitive decline at bay.

The study looked at 228 older adults living independently in the Aberdeen area, who had been part of the Scottish Mental Survey of 1947. This survey had tested Scottish children born in 1936 and at school on 4th June 1947 using the Moray House intelligence test. The cognitive abilities of the participants were tested again, now at age 63-65 years, and their brains were also scanned, using a neuroimaging technique called voxel-based morphometry (VBM), to determine the volumes of grey and white matter in frontal areas and the cerebellum.

Windows to the Soul: Pupils Reveal ‘Aphantasia’ – The Absence of Visual Imagination

It has long been recognised that the cerebellum is involved in sensory-motor functions, including balance and timing of movements, but it is now believed that the cerebellum also plays an important role in higher-level cognitive abilities. “General intelligence is correlated with many basic aspects of information processing efficiency which I believe depend upon the functioning of the cerebellum, including the speed and consistency of our perceptions and decisions, and the speed with which we learn new skills”, notes Dr. Michael Hogan, first author of the study. “This is exciting research, as it suggests that there may be a backdoor route into maintaining higher cortical functions in old age, that is, through the sustained activation of cerebellar networks via novel sensory-motor and cognitive activities, all of which I believe the cerebellum seeks to regulate and automate, working in concert with the cortex.”

Notes about this neuroscience press release