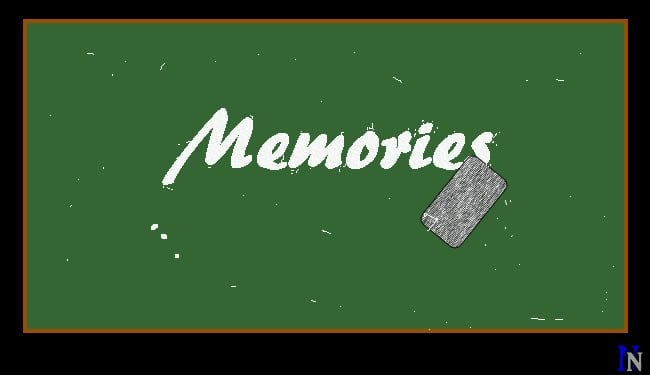 Can Traumatic Memories Be Erased?

Could veterans of war, rape victims and other people who have seen horrific crimes someday have the traumatic memories that haunt them weakened in their brains? In a new study, UCLA life scientists report a discovery that may make the reduction of such memories a reality.

“I think we will be able to alter memories someday to reduce the trauma from our brains,” said the study’s senior author, David Glanzman, a UCLA professor of integrative biology and physiology and of neurobiology.

The study appears in the April 27 issue of the Journal of Neuroscience, a premier neuroscience journal.

Glanzman, a cellular neuroscientist, and his colleagues report that they have eliminated, or at least substantially weakened, a long-term memory in both the marine snail known as Aplysia and neurons in a Petri dish. The researchers say they gaining important insights into the cell biology of long-term memory.

They discovered that the long-term memory for sensitization in the marine snail can be erased by inhibiting the activity of a specific protein kinase — a class of molecules that modifies proteins by chemically adding to them a phosphate (an inorganic chemical), which changes the proteins’ structure and activity. The protein kinase is called PKM (protein kinase M), a member of the class known as protein kinase C (PKC), which is associated with memory.

The research has important potential implications for the treatment of post-traumatic stress disorder, as well as drug addiction, in which memory plays an important role, and perhaps Alzheimer’s disease and other long-term memory disorders.

“This means that once PKM is formed, there is no way to shut it off,” said Glanzman, who is a member of UCLA’s Brain Research Institute. “Once it is activated, PKM’s continual activity maintains a memory until PKM degrades.”

Glanzman decided to study PKM in the marine snail, which has simple forms of learning and a simple nervous system, so that he could understand in precise detail how PKM’s activity maintains a long-term memory, a process that is not well understood.

Glanzman and his colleagues — researchers Diancai Cai, lead author of the study; Kaycey Pearce; and Shanping Chen, all of whom work in his laboratory — studied a simple kind of memory called sensitization. If marine snails are attacked by a predator, the attack heightens their sensitivity to environmental stimuli — a “fundamental form of learning that is necessary for survival and is very robust in the marine snail,” Glanzman said.

“The advantage of Aplysia,” he said, “is that we know the neurons that produce this reflex; we know where they are in the nervous system.”

The scientists removed the key neurons from the snail’s nervous system and put them in a Petri dish, thereby recreating in the dish the two-neuron “circuit” — a sensory neuron and a motor neuron — that produces the reflex.

“The point is to reduce the problem so we can study on a fundamental biological level how PKM is maintaining long-term memory,” Glanzman said.

They succeeded in erasing a long-term memory, both in the snail itself and in the circuit in the dish. They are the first scientists to show that long-term memory can be erased at a connection between just two neurons.

“We found that if we inhibit PKM in the marine snail, we will erase the memory for long-term sensitization,” Glanzman said. “In addition, we can erase the long-term change at a single synapse that underlies long-term memory in the snail.”

The scientists administered electric shocks to the snails’ tails. Following this training, when the scientists gently touched a snail’s siphon (an organ in their mid-section used in respiration), the animal responded with a reflexive contraction that lasted about 50 seconds. A week later, when the scientists touched the siphon, the reflex still lasted 30 seconds or more, rather than just the second or two the reflex normally lasts without the shock training. This constituted a long-term memory.

Then, once the marine snail had formed the long-term memory, the scientists injected an inhibitor of PKM into the snail and 24 hours later touched the siphon; the marine snail responded as though it had never received the tail shocks, with a very brief contraction.

“We’re going to study that,” Glanzman said. “Now we can study the cell biology of how PKM maintains long-term memory. Once we know that, we may be able to alter long-term memories. This has implications for psychiatric disorders that are related to memory. Post-traumatic stress disorder is a hyper-induction of a long-term memory that won’t go away.”

Is there a way to turn the traumatic memory down?

“This is the first step toward figuring that out,” Glanzman said. “Even after we know this, we will still need a way to target the memory. We have captured the memory in the dish, but we also have to know where in the brain the memory is.”

Does he think it will become possible to target and weaken specific traumatic memories?

“I do,” Glanzman said. “Not in the immediate future, but I think we will be able to go into one’s brain, identify the location of the memory of a traumatic experience and try to dampen it down. We can do this in culture, and there is no essential difference between the synapse in culture and the synapse in your brain. We have captured the memory in the dish; now we have to figure out a way to target the memories in human brains. Once we know the neural circuit that contains the memory, then we need a selective way to inhibit the activity of PKM in that circuit.”

People have different brain circuits — collections of neurons and synapses that join neurons — for different memories, Glanzman believes. Scientists may seek to inhibit PKM in a particular circuit. The goal would be to find the brain circuit that is predominantly associated with a traumatic memory and target PKM in that circuit.

If you boost rather than inhibit PKM activity, might that have a beneficial affect for patients with Alzheimer’s disease? Alzheimer’s disease appears to initially disrupt the synaptic basis of learning, Glanzman said, and PKM might be involved in that disruption.

Just as scientists are seeking to target and kill cancer cells without damaging healthy cells, Glanzman intends to study whether it is possible to weaken only certain synapses associated with traumatic memories, while leaving other memories intact.

“The brain is the most complicated organ in the body,” Glanzman said, noting that the brain has many trillions of synapses. “The research is complex, but this is the way we are going to understand how memories in our brains last a lifetime, or at least part of the way. It will take a lot of research, but I think it will be feasible.”

Next steps include studying the relationship between PKM and the synapses and how the structure of synapses changes when PKM is inhibited.

The experiments are very difficult, and Glanzman praised co-authors Cai, Pearce and Chen as “unbelievably skilled.”

For 28 years, Glanzman has studied learning and memory in the marine snail, which is substantially larger than its garden variety counterpart and has approximately 20,000 neurons in its central nervous system; humans have approximately 1 trillion. However, the cellular and molecular processes seem to be very similar between the marine snail and humans.

“The fundamental mechanisms of learning and memory are identical, as far as we can tell,” Glanzman said.

Glanzman is also studying learning at the synaptic level in the zebra fish.

In earlier research, Glanzman’s team identified a cellular mechanism in the Aplysia that plays an important role in learning and memory. A protein called the NMDA (N-methyl D-aspartate) receptor enhances the strength of synaptic connections in the nervous system and plays a vital role in memory and in certain kinds of learning in the mammalian brain as well. Glanzman’s demonstration that the NMDA receptor plays a critical role in learning in the marine snail was entirely unexpected.