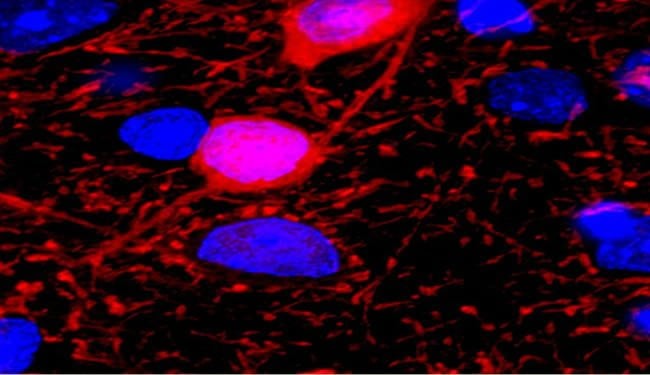 New research by scientists at the University of University of North Carolina School of Medicine may have pinpointed an underlying cause of the seizures that affect 90 percent of people with Angelman syndrome (AS), a neurodevelopmental disorder.

Published online June 7, 2012 in the journal Neuron, researchers led by Benjamin D. Philpot, PhD, professor of cell and molecular physiology at UNC, describe how seizures in individuals with AS could be linked to an imbalance in the activity of specific types of brain cells.

“Our study indicates that a common abnormality that may apply to many neurodevelopmental disorders is an imbalance between neuronal excitation and inhibition,” Philpot said. This imbalance has been observed in several genetic disorders including Fragile X and Rett syndromes, both of these, like AS, can be associated with autism.

Angelman syndrome occurs in one in 15,000 live births. The syndrome often is misdiagnosed as cerebral palsy or autism. Its characteristics, along with seizures, include cognitive delay, severe intellectual disability, lack of speech (minimal or no use of words), sleep disturbance, hand flapping and motor and balance disorders.

The most common genetic defect of the syndrome is the lack of expression of the maternally inherited allele of gene UBE3A on chromosome 15.

This loss of gene function in AS animal models has been linked to decreased release of an excitatory neurotransmitter which increases the activity of other neurons. But that seems at odds with the high seizure activity observed in AS patients. The new study may clarify this issue.

In his lab in UNC’s Neuroscience Research Center, Philpot and graduate student Michael L. Wallace, the study’s first author, explored the neurocircuitry of an Angelman syndrome mouse model. These mice show behavioral features similar to humans with AS, including seizures.

The researchers used electrophysiological methods to record excitatory and inhibitory activity from individual neurons. These involved highly precise recording electrodes, microscopic tips attached to individual neurons. “In this way you can record from precise neuron types and tell which neuron you’re recording from and what its activity is,” explained Philpot. “You can stimulate it to drive other neurons and also record the activity on other neurons onto it.”

The researchers found that neurotransmitters sent from inhibitory neurons and carrying chemical messages meant to stop excitatory neurons from increasing their activity were defective.

In addition, they found that AS model mice have a defect in their inhibitoryneurons which decreases their ability to recover from high levels of activity.“One of the reasons why inhibition is so important is that it’s needed to ensure that brain activity is regulated,” Philpot said. “Inhibition plays an important role in timing of information transfer between neurons, and if the timing is messed up, as you might observe if you had a decrease in inhibition, then a lot of information is lost in that transfer.”

“We found a disproportionately large decrease in inhibition to excitation,” Wallace said. “We think that the circuit we investigated is in a hyperexcitable state and may be underlying some of the epileptic problems observed in the AS animal model. This improperly regulated brain activity might also underlie cognitive impairments in AS.”

Philpot says one of their goals is to understand exactly how these changes in the connections between neurons underlie seizures in AS. “A very long term goal is to try to get better treatments for these individuals because their epilepsy is very hard to treat.”

Notes about this Angelman Syndrome research and article

Along with Wallace and Philpot, other UNC co-authors are Alain C. Burette and Richard J. Weinberg from the department of cell and developmental biology.