Summary: Spontaneous mutations in a father’s sperm may be linked to autism spectrum disorder in their offspring. UCSD researchers have developed a new method of quantifying the mutations and assessing the likelihood that the mutations will contribute to ASD.

The causes of autism spectrum disorder or ASD are not fully understood; researchers believe both genetics and environment play a role. In some cases, the disorder is linked to de novo mutations that appear only in the child and are not inherited from either parent’s DNA.

In a study published December 23, 2019 in Nature Medicine, an international team of scientists, led by researchers at University of California San Diego School of Medicine, describe a method to measure disease-causing mutations found only in the sperm of the father, providing a more accurate assessment of ASD risk in future children.

“Autism afflicts 1 in 59 children and we know that a significant portion is caused by these de novo DNA mutations, yet we are still blind to when and where these mutations will occur,” said co-senior author Jonathan Sebat, PhD, professor and chief of the Beyster Center for Molecular Genomics of Neuropsychiatric Diseases at UC San Diego School of Medicine.

“With our new study, we can trace some of these mutations back to the father, and we can directly assess the risk of these same mutations occurring again in future children.”

Recent studies suggest gene-damaging de novo mutations are involved in at least 10 to 30 percent of ASD cases, with the number of mutations rising with the father’s age at time of conception. De novo mutations occur spontaneously in parents’ sperm or eggs or during fertilization. The mutation is then present in each cell as the fertilized egg divides. Studies now point to male sperm as a particularly important source of these mutations, with the chance of the mutation recurring within the same family generally estimated at 1 to 3 percent.

“However, such estimates are not based on actual knowledge of the risk in an individual family, but instead are based on frequencies in the general population,” said co-senior study author Joseph Gleeson, MD, Rady Professor of Neuroscience at UC San Diego School of Medicine and director of neuroscience research at the Rady Children’s Institute for Genomic Medicine. “When a disease-causing mutation occurs for the first time in a family, the probability that it could happen again in future offspring is not known. Thus families must make a decision with a great deal of uncertainty.”

For their study, Gleeson, Sebat and colleagues analyzed the sperm of eight fathers who were already parents of children with ASD. The goal was to look for the presence of multiple, genetically different material in cells in the same person, a phenomenon called mosaicism. Using deep whole genome sequencing, they found variants in offspring that were matched only in the fathers’ sperm.

“While medical textbooks teach us that every cell in the body has an identical copy of DNA, this is fundamentally not correct. Mutations occur every time a cell divides, so no two cells in the body are genetically identical,” said first author Martin Breuss, PhD, an assistant project scientist in Gleeson’s lab.

“Mosaicism can cause cancer or can be silent in the body. If a mutation occurs early in development, then it will be shared by many cells within the body. But if a mutation happens just in sperm, then it can show up in a future child but not cause any disease in the father.”

The researchers determined that disease-causing mutations were present in up to 15 percent of the fathers’ sperm cells, information that could not be determined through other means, such as blood samples.

“My laboratory has a long-standing interest in understanding the origins of pediatric brain disease, and how mutations contributes to disease in a child,” said Gleeson. “We previously showed that mosaicism in a child can lead to diseases like epilepsy. Here, we show that mosaicism in one of parents is at least as important when thinking about genetic counseling.”

If developed into a clinical test, the researchers said fathers could have their sperm studied to determine their precise risk of recurrence in future children. The methods might also be applied to men that haven’t had children yet, but who want to know the risk of having a child with a disease.

De novo mutations arising on the paternal chromosome make the largest known contribution to autism risk, and correlate with paternal age at the time of conception. The recurrence risk for autism spectrum disorders is substantial, leading many families to decline future pregnancies, but the potential impact of assessing parental gonadal mosaicism has not been considered. We measured sperm mosaicism using deep-whole-genome sequencing, for variants both present in an offspring and evident only in father’s sperm, and identified single-nucleotide, structural and short tandem-repeat variants. We found that mosaicism quantification can stratify autism spectrum disorders recurrence risk due to de novo mutations into a vast majority with near 0% recurrence and a small fraction with a substantially higher and quantifiable risk, and we identify novel mosaic variants at risk for transmission to a future offspring. This suggests, therefore, that genetic counseling would benefit from the addition of sperm mosaicism assessment.

How important is speech in transmitting coronavirus?

How important is speech in transmitting coronavirus? 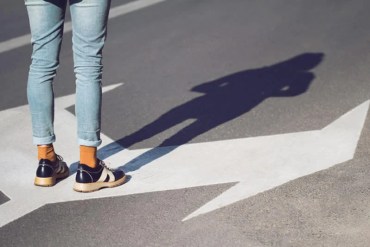