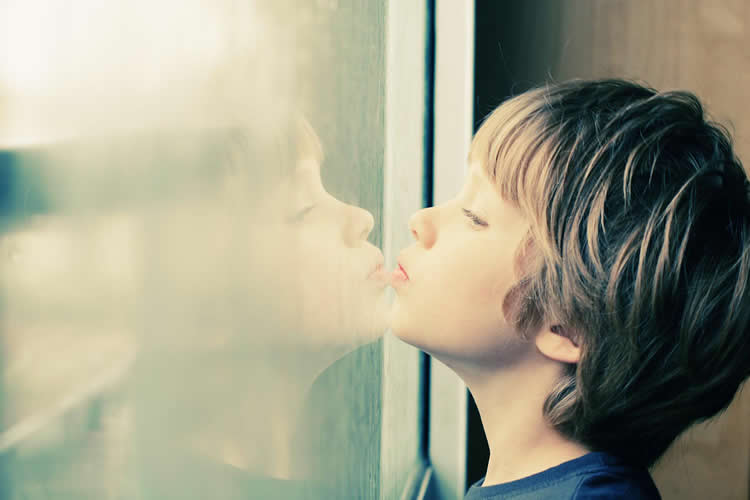 The paper’s authors say they hope the research will lead to more respectful treatment of people with autism as well as development of more effective methods of supporting them. NeuroscienceNews.com image is adapted from the University of Virginia news release.
Home
Autism

People with Autism Want to Socialize, They May Just Express It Differently

Summary: A new study pushes back the assumption that those on the autism spectrum do not wish to socialize with others. Researchers hope their findings will lead to more respectful treatment of those with ASD and help develop more effective methods of support for those with autism.

A new paper led by the University of Virginia and just published in the journal Behavioral and Brain Sciences is pushing back hard on the notion that people with autism are not interested in socializing.

The paper’s authors say they hope the research will lead to more respectful treatment of people with autism as well as development of more effective methods of supporting them.

“We believe the most effective interventions will involve teaching both autistic and non-autistic people to recognize each other’s social signals, rather than insisting that autistics behave like non-autistics do,” said Vikram Jaswal, an associate professor of psychology.

The paper, “Being vs. Appearing Socially Uninterested: Challenging Assumptions about Social Motivation in Autism,” is coauthored by Nameera Akhtar, a professor of developmental psychology at the University of California, Santa Cruz.

“Our article challenges an influential account of explaining and intervening in autism,” Jaswal said. “Essentially, this account, which is common among both scientists and laypeople, claims that a primary reason for autistic people’s unusual behaviors is that they’re not socially motivated.

“We point out that this flies in the face of what many autistic people themselves say about longing for social connection and ignores alternative reasons for why autistics may sometimes behave in ways that non-autistics interepret to mean they are socially uninterested,” he said.

In the paper, the two professors challenge the assumption that people with autism do not wish to socialize, by offering alternative explanations for four behaviors:

They suggest low eye contact could be a strategy some autistics use to concentrate. Some autistics say they find it hard to pay attention to what someone is saying while looking at them. “Ironically, NOT looking someone in the eye may actually mean that they are trying very hard to pay attention and to participate in the conversation even though it can get interpreted in the opposite way,” Akhtar said.

New Insights Into How the ‘First Brain’ Works in the Gut

Being vs. Appearing Socially Uninterested: Challenging Assumptions about Social Motivation in Autism

Progress in psychological science can be limited by a number of factors, not least of which are the starting assumptions of scientists themselves. We believe that some influential accounts of autism rest on a questionable assumption that many of its behavioral characteristics indicate a lack of social interest—an assumption that is flatly contradicted by the testimony of many autistic people themselves. In this paper, we challenge this assumption by describing alternative explanations for four such behaviors: (a) low levels of eye contact, (b) infrequent pointing, (c) motor stereotypies, and (d) echolalia. The assumption that autistic people’s unusual behaviors indicate diminished social motivation has had profound and often negative effects on the ways they are studied and treated. We argue that understanding and supporting autistic individuals will require interrogating this assumption, taking autistic testimony seriously, considering alternative explanations for unusual behaviors, and investigating unconventional—even idiosyncratic—ways that autistic individuals may express their social interest. These steps are crucial, we believe, for creating a more accurate, humane, and useful science of autism.