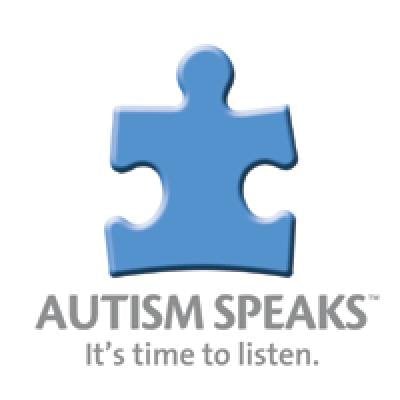 Definitive look at inherited and de novo genetic mutations and risk genes found in half of the families tested holds promise for future diagnosis, prevention and treatment.

A collaborative formed by Autism Speaks, the world’s leading autism science and advocacy organization, has found full genome sequencing examining the entire DNA code of individuals with autism spectrum disorder (ASD) and their family members to provide the definitive look at the wide ranging genetic variations associated with ASD. The study published online today in American Journal of Human Genetics, reports on full genome sequencing on 32 unrelated Canadian individuals with autism and their families, participants in the Autism Speaks Autism Genetic Resource Exchange (AGRE). The results include both inherited as well as spontaneous or de novo, genetic alterations found in one half of the affected families sequenced.

This dramatic finding of genetic risk variants associated with clinical manifestation of ASD or accompanying symptoms in 50 percent of the participants tested is promising, as current diagnostic technology has only been able to determine a genetic basis in about 20 percent of individuals with ASD tested. The large proportion of families identified with genetic alterations of concern is in part due to the comprehensive and uniform ability to examine regions of the genome possible with whole genome sequencing missed in other lower resolution genome scanning approaches.

“From diagnosis to treatment to prevention, whole genome sequencing efforts like these hold the potential to fundamentally transform the future of medical care for people with autism,” stated Autism Speaks Chief Science Officer and study co-author Robert Ring, Ph.D.

The study identified genetic variations associated with risk for ASD including de novo, X-linked and other inherited DNA lesions in four genes not previously recognized for ASD; nine genes previously determined to be associated with ASD risk; and eight candidate ASD risk genes. Some families had a combination of genes involved. In addition, risk alterations were found in genes associated with fragile X or related syndromes (CAPRIN1 and AFF2), social-cognitive deficits (VIP), epilepsy (SCN2A and KCNQ2) as well as NRXN1 and CHD7, which causes ASD-associated CHARGE syndrome.

“Whole genome sequencing offers the ultimate tool to advance the understanding of the genetic architecture of autism,” added lead author Dr. Stephen Scherer, senior scientist and director of the Centre for Applied Genomics at The Hospital for Sick Children (SickKids) and director of the McLaughlin Centre at the University of Toronto. “In the future, results from whole genome sequencing could highlight potential molecular targets for pharmacological intervention, and pave the way for individualized therapy in autism. It will also allow for earlier diagnosis of some forms of autism, particularly among siblings of children with autism where recurrence is approximately 18 per cent.”

This $1 million collaboration of Autism Speaks, SickKids, BGI and Duke University piloted Autism Speaks’ initiative to generate the world’s largest library of sequenced genomes of individuals with ASD announced in late 2011. “As we continue to test more individuals and their family members from the AGRE cohort, we expect to discover and study additional genetic variants associated with autism. This collaboration will accelerate basic and translational research in autism and related developmental disabilities,” concluded Autism Speaks Vice President for Scientific Affairs Andy Shih, Ph.D. who oversees the collaboration, “and this collection of sequenced genomes will facilitate new collaborations engaging researchers around the world, and enable public and private entities to pursue pivotal research.”

In this pilot effort, a total of 99 individuals were tested, including the 32 individuals with ASD (25 males and seven females) and their two parents, as well as three members of one control family not on the autism spectrum. Using families in the Autism Speaks AGRE collection, this Autism Speaks initiative will ultimately perform whole genome sequencing on more than 2,000 participating families who have two or more children on the autism spectrum. The data from the 10,000 AGRE participants will enable new research in the genomics of ASD, and significantly enhance the science and technology networks of Autism Speaks and its collaborators.

Attention! Brain Scans Can Tell if You Are Paying It

Notes about this Austism and genetics research