Summary: Children at higher risk of ASD are less able to distinguish between differences in speech patterns. The findings suggest the biological mechanism of language development is less acquisitive in high-risk infants who are diagnosed with autism during toddlerhood.

The findings were published in Brain and Language.

“Humans are born with an astonishing ability to distinguish basic sound units that make up all of the world’s languages,” says Kristina Denisova, PhD, assistant professor of clinical psychology at the Columbia University Vagelos College of Physicians and Surgeons. “But why some infants at high familial risk for autism spectrum disorder are less likely to develop their language-specific competence in toddlerhood has remained a mystery.”

Previously, Denisova showed that high-risk infants (those who had a sibling with autism) were less likely to turn their heads in response to spoken language than typically developing infants. Denisova says that “our team dissociated between head movements in infants at high vs. low familial risk for developing autism and detected the signal of future atypical development as early as 1-2 months after birth.”

A large body of research suggests that as an infant grows, future language development depends in part on the ability to distinguish sounds and elements of speech that are familiar vs. those that are novel–including elements of pronunciation, such as stress patterns on different syllables. Sensitivity to specific stress patterns in one’s language serve as important cues for learning language.

In the current study, the researchers studied 52 9- to 10-month-old infants who heard speech with familiar and unfamiliar stress patterns while undergoing MRI. Half of the infants were at high risk of autism. They recorded the head movements throughout the scan and studied whether features of head movements differ between the two cohorts.

Low-risk infants turned their heads more frequently while listening to speech with different syllabic patterns, while the high-risk infants did not. High-risk infants had significantly worse receptive language scores and the most atypical head-turning patterns on this task. Those 9- to 10-month-olds who had more abnormal head-turning behavior during three types of exposure (listening to alternating stress speech, listening to language, and during sleeping) were more likely to develop autism spectrum disorder by age three. 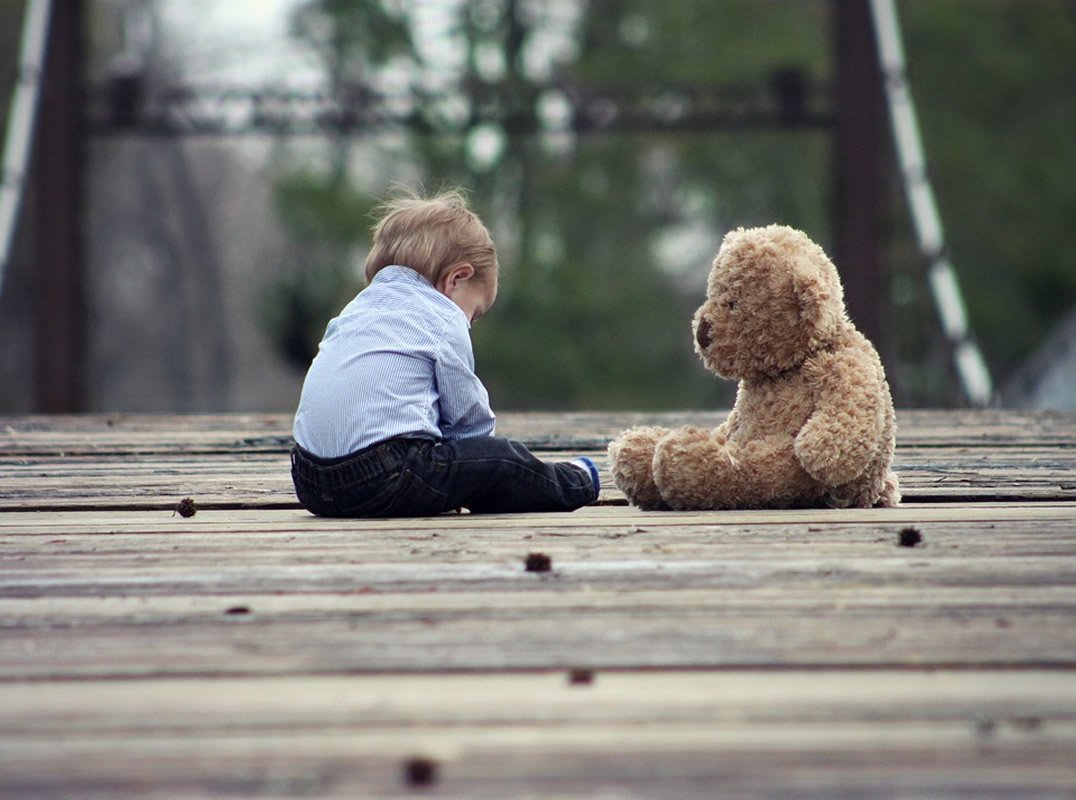 A large body of research suggests that as an infant grows, future language development depends in part on the ability to distinguish sounds and elements of speech that are familiar vs. those that are novel–including elements of pronunciation, such as stress patterns on different syllables. Sensitivity to specific stress patterns in one’s language serve as important cues for learning language. The image is in the public domain.

Denisova studied additional data sets in an attempt to explain what mechanisms might explain the difference in response. Her examination of studies of 774 infants confirmed that high-risk infants have lower receptive language scores compared to low-risk infants, further suggesting atypical processing of speech in the high-risk group. A final query compared vocal learning genes with convergent expression in humans and songbirds (zebra finches) in an important motor region for vocal learning circuitry (laryngeal motor cortex, LMC) against likely gene-disrupting mutations in autism genetics publications. This analysis revealed a potential candidate mechanism for disrupted vocal learning in humans, such that it may be less acquisitive.

“These findings regarding differences in early language processing in children at high familial risk for autism are intriguing and deserve replication and extension. Of great interest will be whether and how these early difference in language processing relate to the differences in social communication that are so key to understanding autism,” says Agnes H. Whitaker, MD, clinical professor of psychiatry at the Columbia University Vagelos College of Physicians and Surgeons.

The study is titled, “Failure to attune to language predicts autism in high risk infants.”

Funding: The study was supported by a Sackler Award in Developmental Psychobiology.

Denisova reports no financial or other conflicts of interest.

Data used in the preparation of this manuscript were obtained from the NIH-supported National Database for Autism Research (NDAR). NDAR is a collaborative informatics system created by the National Institutes of Health (NIH) to provide a national resource to support and accelerate research in autism. This manuscript reflects the views of the author and may not reflect the opinions or views of the NIH or of the Submitters submitting original data to NDAR.

Young humans are typically sensitive to evolutionarily important aspects of information in the surrounding environment in a way that makes us thrive. Seeking to probe the putative disruptions of this process in infancy, I examined the statistical character of head movements in 52 9–10 mo-old infants, half at high familial risk (HR) for Autism Spectrum Disorders (ASD), who underwent an fMRI scan while listening to words spoken with alternating stress patterns on syllables. Relative to low risk (LR) infants, HR infants, in particular those showing the least rapid receptive language progress, had significantly lower noise-to-signal levels and increased symmetry. A comparison of patterns during a native language and a sleep scan revealed the most atypical ordering of signatures on the 3 tasks in a subset of HR infants, suggesting that the biological mechanism of language development is least acquisitive in those HR infants who go on to develop ASD in toddlerhood.