An inhaled form of a high blood pressure medication has potential to treat certain types of anxiety as well as pain, according to a new study by the Centre for Addiction and Mental Health (CAMH).

Anxiety disorders are usually treated with different types of medications, such as antidepressants, and psychotherapy. Amiloride is a medication offering a new approach, as a short-acting nasal spray that could be used to prevent an anxiety attack.

“Inhaled amiloride may prove to have benefits for panic disorder, which is typically characterized by spells of shortness of breath and fear, when people feel anxiety levels rising,” says lead author Dr. Marco Battaglia, Associate Chief of Child and Youth Psychiatry and Clinician Scientist in the Campbell Family Mental Health Research Institute at CAMH.

The study was based on understanding the key physiological changes in brain functioning that are linked to anxiety and pain sensitivity. The researchers then tested a molecule, amiloride, which targets this functioning.

Amiloride was inhaled so that it could immediately access the brain. The study showed that it reduced the physical respiratory signs of anxiety and pain in a preclinical model of illness. This therapeutic effect didn’t occur when amiloride was administered in the body, as it didn’t cross the blood-brain barrier and did not reach the brain.

Results were published in the Journal of Psychopharmacology.

The role of early life adversity

The study is based on years of research into how a person’s early life experiences affect their genes, says Dr. Battaglia. Childhood adversity, such as loss or separation from parents, increases the risk of anxiety disorders and pain, among other health issues.

At a molecular level, these negative life experiences are linked to changes in some genes of the ASIC (acid-sensing-ion-channels) family. While the DNA itself doesn’t change, the way it functions is affected.

DNA is converted into working proteins through a process called gene expression. As a result of childhood adversity, some ASIC genes showed increased expression and epigenomic changes. (“Epigenomic” refers to changes in gene regulation that can inherited by children). Overlapping genetic changes were also seen in blood taken from twins who responded to specific tests designed to provoke panic.

These genetic changes are linked to physical symptoms. Breathing can be affected, due to over-sensitivity to higher carbon dioxide levels in the air. In such situations, a person might hyperventilate and experience growing anxiety. Preclinical and human data are strikingly similar in this regard. “As a treatment, amiloride turned out to be very effective preclinically,” says Dr. Battaglia. 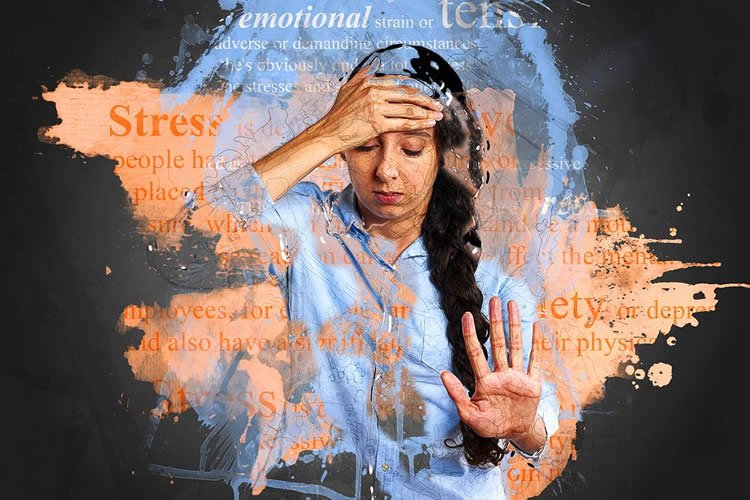 Amiloride was inhaled so that it could immediately access the brain. The study showed that it reduced the physical respiratory signs of anxiety and pain in a preclinical model of illness. NeuroscienceNews.com image is in the public domain.

The next step in his research is to test whether it eases anxiety symptoms. Dr. Battaglia is now launching a pilot clinical trial, supported through a seed grant from CAMH’s new Discovery Fund. Collaborators at the University of Utah are testing the drug’s safety.

Amiloride has been used as an oral treatment for decades for hypertension, and as an inhaled spray in a few experimental studies of cystic fibrosis, he notes. The researchers are therefore further ahead than if they had to develop and test an entirely new medication.

Background:
Early life adversities are risk factors for anxiety disorders and for pain syndromes, which are, in turn, highly comorbid with anxiety disorders. Repeated cross-fostering mouse pups to adoptive lactating females induces epigenetic modification and heightened mRNA-expression of the acid-sensing-ion-channel-1 gene, altered nociception, and hypersensitivity to 6% carbon dioxide air mixtures, a trait marker of specific human anxiety disorders such as, most clearly and prominently, panic disorder.

Methods:
Respiratory carbon dioxide sensitivity was assessed by plethysmography during 6% carbon dioxide air mixture challenges, and nociception was assessed by latency of paw withdrawal to thermal stimulation, in repeated cross-fostering and control animals. To circumvent the blood-brain barrier, prior to testing, amiloride was nebulized in a plethysmograph. Data were analyzed by general linear models.

Conclusions:
Single-dose nebulized amiloride decreased repeated cross-fostering animals’ carbon dioxide sensitivity and nociception indices to levels that were no different from those of control animals. Inasmuch as these results pertain to human anxiety and/or pain hypersensitivity, our findings provide a rationale for studying inhaled amiloride in some anxiety disorders and/or pain syndromes.