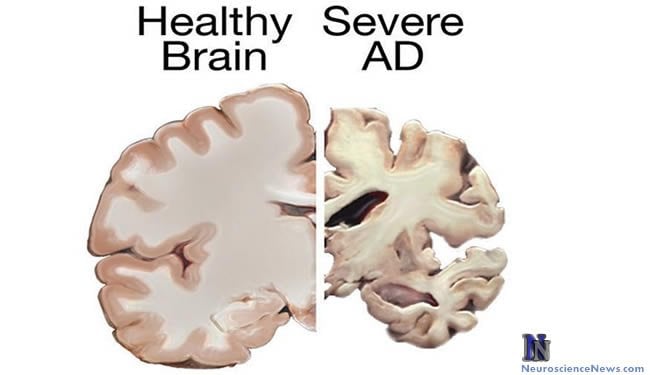 A study led by Karolinska Institutet reports for the first time the positive effects of an active vaccine against Alzheimer’s disease.

The new vaccine, CAD106, can prove a breakthrough in the search for a cure for this seriously debilitating dementia disease. The study is published in the distinguished scientific journal Lancet Neurology.

Alzheimer’s disease is a complex neurological dementia disease that is the cause of much human suffering and a great cost to society. According to the World Health Organisation, dementia is the fastest growing global health epidemic of our age. The prevailing hypothesis about its cause involves APP (amyloid precursor protein), a protein that resides in the outer membrane of nerve cells and that, instead of being broken down, form a harmful substance called beta-amyloid, which accumulates as plaques and kills brain cells.

There is currently no cure for Alzheimer’s disease, and the medicines in use can only mitigate the symptoms. In the hunt for a cure, scientists are following several avenues of attack, of which vaccination is currently the most popular. The first human vaccination study, which was done almost a decade ago, revealed too many adverse reactions and was discontinued. The vaccine used in that study activated certain white blood cells (T cells), which started to attack the body’s own brain tissue.

The new treatment, which is presented in Lancet Neurology, involves active immunisation, using a type of vaccine designed to trigger the body’s immune defence against beta-amyloid. In this second clinical trial on humans, the vaccine was modified to affect only the harmful beta-amyloid. The researchers found that 80 per cent of the patients involved in the trials developed their own protective antibodies against beta-amyloid without suffering any side-effects over the three years of the study. The researchers believe that this suggests that the CAD106 vaccine is a tolerable treatment for patients with mild to moderate Alzheimer’s. Larger trials must now be conducted to confirm the CAD106 vaccine’s efficacy.

Notes about this Alzheimer’s disease research and article