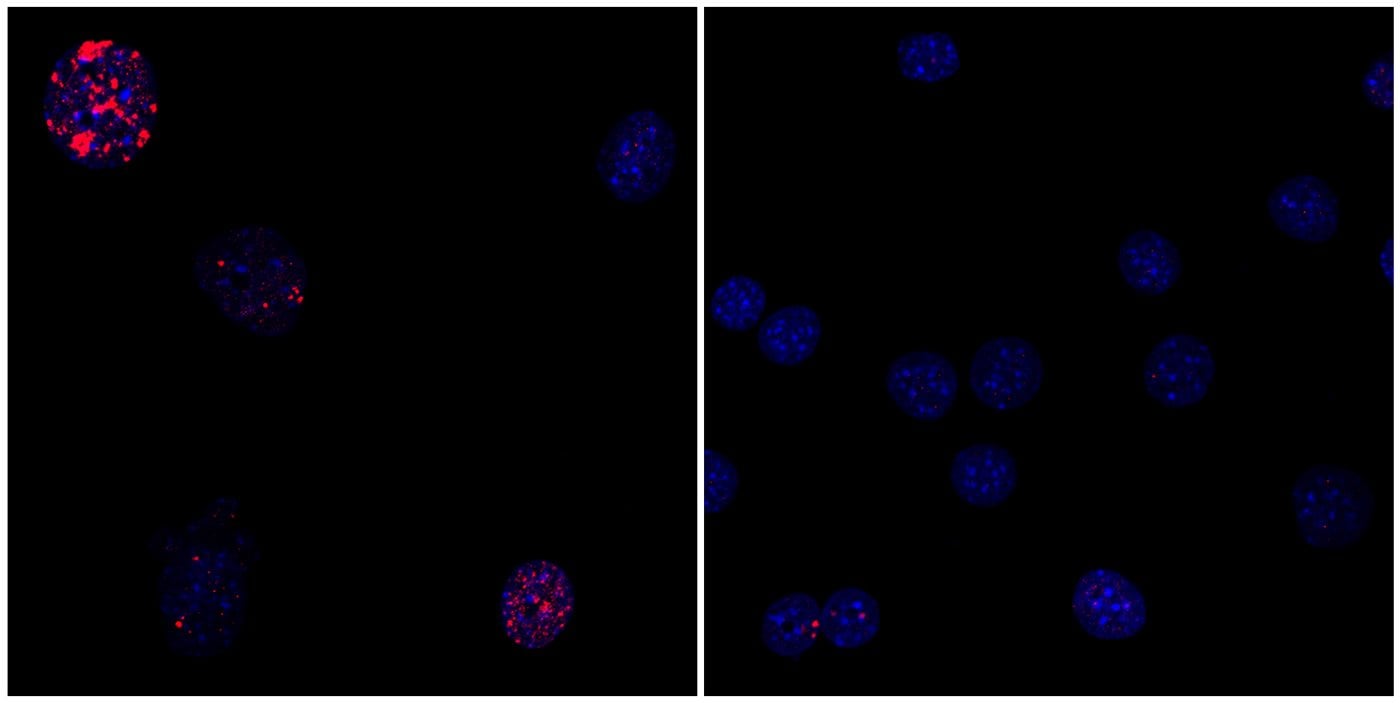 Summary: Researchers have developed a new technique that is able to rejuvenate organs in animals and extend their life span.

Graying hair, crow’s feet, an injury that’s taking longer to heal than when we were 20—faced with the unmistakable signs of aging, most of us have had a least one fantasy of turning back time. Now, scientists at the Salk Institute have found that intermittent expression of genes normally associated with an embryonic state can reverse the hallmarks of old age.

This approach, which not only prompted human skin cells in a dish to look and behave young again, also resulted in the rejuvenation of mice with a premature aging disease, countering signs of aging and increasing the animals’ lifespan by 30 percent. The early-stage work provides insight both into the cellular drivers of aging and possible therapeutic approaches for improving human health and longevity.

“Our study shows that aging may not have to proceed in one single direction,” says Juan Carlos Izpisua Belmonte, a professor in Salk’s Gene Expression Laboratory and senior author of the paper appearing in the December 15, 2016, issue of Cell. “It has plasticity and, with careful modulation, aging might be reversed.”

As people in modern societies live longer, their risk of developing age-related diseases goes up. In fact, data shows that the biggest risk factor for heart disease, cancer and neurodegenerative disorders is simply age. One clue to halting or reversing aging lies in the study of cellular reprogramming, a process in which the expression of four genes known as the Yamanaka factors allows scientists to convert any cell into induced pluripotent stem cells (iPSCs). Like embryonic stem calls, iPSCs are capable of dividing indefinitely and becoming any cell type present in our body.

“What we and other stem-cell labs have observed is that when you induce cellular reprogramming, cells look younger,” says Alejandro Ocampo, a research associate and first author of the paper. “The next question was whether we could induce this rejuvenation process in a live animal.”

While cellular rejuvenation certainly sounds desirable, a process that works for laboratory cells is not necessarily a good idea for an entire organism. For one thing, although rapid cell division is critical in growing embryos, in adults such growth is one of the hallmarks of cancer. For another, having large numbers of cells revert back to embryonic status in an adult could result in organ failure, ultimately leading to death. For these reasons, the Salk team wondered whether they could avoid cancer and improve aging characteristics by inducing the Yamanaka factors for a short period of time.

To find out, the team turned to a rare genetic disease called progeria. Both mice and humans with progeria show many signs of aging including DNA damage, organ dysfunction and dramatically shortened lifespan. Moreover, the chemical marks on DNA responsible for the regulation of genes and protection of our genome, known as epigenetic marks, are prematurely dysregulated in progeria mice and humans. Importantly, epigenetic marks are modified during cellular reprogramming.

Using skin cells from mice with progeria, the team induced the Yamanaka factors for a short duration. When they examined the cells using standard laboratory methods, the cells showed reversal of multiple aging hallmarks without losing their skin-cell identity.

“In other studies scientists have completely reprogrammed cells all the way back to a stem-cell-like state,” says co-first author Pradeep Reddy, also a Salk research associate. “But we show, for the first time, that by expressing these factors for a short duration you can maintain the cell’s identity while reversing age-associated hallmarks.”

Encouraged by this result, the team used the same short reprogramming method during cyclic periods in live mice with progeria. The results were striking: Compared to untreated mice, the reprogrammed mice looked younger; their cardiovascular and other organ function improved and—most surprising of all—they lived 30 percent longer, yet did not develop cancer. On a cellular level, the animals showed the recovery of molecular aging hallmarks that are affected not only in progeria, but also in normal aging.

“This work shows that epigenetic changes are at least partially driving aging,” says co-first author Paloma Martinez-Redondo, another Salk research associate. “It gives us exciting insights into which pathways could be targeted to delay cellular aging.”

Lastly, the Salk scientists turned their efforts to normal, aged mice. In these animals, the cyclic induction of the Yamanaka factors led to improvement in the regeneration capacity of pancreas and muscle. In this case, injured pancreas and muscle healed faster in aged mice that were reprogrammed, indicating a clear improvement in the quality of life by cellular reprogramming.

“Obviously, mice are not humans and we know it will be much more complex to rejuvenate a person,” says Izpisua Belmonte. “But this study shows that aging is a very dynamic and plastic process, and therefore will be more amenable to therapeutic interventions than what we previously thought.”

The Salk researchers believe that induction of epigenetic changes via chemicals or small molecules may be the most promising approach to achieve rejuvenation in humans. However, they caution that, due to the complexity of aging, these therapies may take up to 10 years to reach clinical trials.

In Vivo Amelioration of Age-Associated Hallmarks by Partial Reprogramming

Summary
Aging is the major risk factor for many human diseases. In vitro studies have demonstrated that cellular reprogramming to pluripotency reverses cellular age, but alteration of the aging process through reprogramming has not been directly demonstrated in vivo. Here, we report that partial reprogramming by short-term cyclic expression of Oct4, Sox2, Klf4, and c-Myc (OSKM) ameliorates cellular and physiological hallmarks of aging and prolongs lifespan in a mouse model of premature aging. Similarly, expression of OSKM in vivo improves recovery from metabolic disease and muscle injury in older wild-type mice. The amelioration of age-associated phenotypes by epigenetic remodeling during cellular reprogramming highlights the role of epigenetic dysregulation as a driver of mammalian aging. Establishing in vivo platforms to modulate age-associated epigenetic marks may provide further insights into the biology of aging.