Largest functional brain imaging study to date identifies specific brain differences between women and men, according to a new report in the Journal of Alzheimer’s Disease.

Lead author, psychiatrist Daniel G. Amen, MD, founder of Amen Clinics, Inc., commented, “This is a very important study to help understand gender-based brain differences. The quantifiable differences we identified between men and women are important for understanding gender-based risk for brain disorders such as Alzheimer’s disease. Using functional neuroimaging tools, such as SPECT, are essential to developing precision medicine brain treatments in the future.”

The brains of women in the study were significantly more active in many more areas of the brain than men, especially in the prefrontal cortex, involved with focus and impulse control, and the limbic or emotional areas of the brain, involved with mood and anxiety. The visual and coordination centers of the brain were more active in men. SPECT can measure blood perfusion in the brain. Images acquired from subjects at rest or while performing various cognitive tasks will show different blood flow in specific brain regions.

Subjects included 119 healthy volunteers and 26,683 patients with a variety of psychiatric conditions such as brain trauma, bipolar disorders, mood disorders, schizophrenia/psychotic disorders, and attention deficit hyperactivity disorder (ADHD). A total of 128 brain regions were analyzed for subjects at baseline and while performing a concentration task. 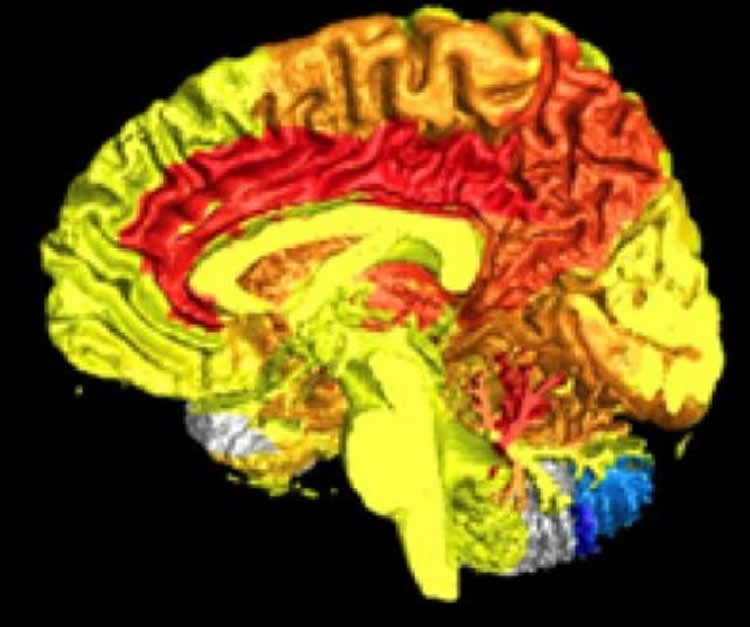 Understanding these differences is important because brain disorders affect men and women differently. Women have significantly higher rates of Alzheimer’s disease, depression, which is itself is a risk factor for Alzheimer’s disease, and anxiety disorders, while men have higher rates of (ADHD), conduct-related problems, and incarceration (by 1,400%).

Editor-in-Chief of the Journal of Alzheimer’s Disease and Dean of the College of Sciences at The University of Texas at San Antonio, Dr. George Perry said, “Precisely defining the physiological and structural basis of gender differences in brain function will illuminate Alzheimer’s disease and understanding our partners.”

The study findings of increased prefrontal cortex blood flow in women compared to men may explain why women tend to exhibit greater strengths in the areas of empathy, intuition, collaboration, self-control, and appropriate concern. The study also found increased blood flow in limbic areas of the brains of women, which may also partially explain why women are more vulnerable to anxiety, depression, insomnia, and eating disorders.

Additional information about the study can be found here.

A Single Memory Is Stored Across Many Connected Brain Regions

Background: Studies have reported that females have widespread increases in regional cerebral blood flow, but the studies were relatively small and inconsistent. Objective: Here we analyzed a healthy and very large psychiatric population to determine the effect of gender, using single photon emission computed tomography (SPECT).

Methods: Whole brain and region of interest (ROI) gender differences were analyzed in a total of 46,034 SPECT scans at baseline and concentration. The sample included 119 healthy subjects and 26,683 patients; a subset of 11,587 patients had complete diagnostic information. A total of 128 regions were analyzed according to the AAL Atlas, using ROI Extract and SPSS statistical software programs, controlling for age, diagnoses, and correcting for multiple comparisons.

Results: Compared to males, healthy females showed significant whole brain (p < 0.01) and ROI increases in 65 baseline and 48 concentration regions (p < 0.01 corrected). Healthy males showed non-significant increases in 9 and 22 regions, respectively. In the clinical group, there were widespread significant increases in females, especially in the prefrontal and limbic regions, and specific increases in males in the inferior occipital lobes, inferior temporal lobes, and lobule 7 and Crus 2 of the cerebellum. These findings were replicated in the subset of 11,587 patients with the effect of diagnoses removed.