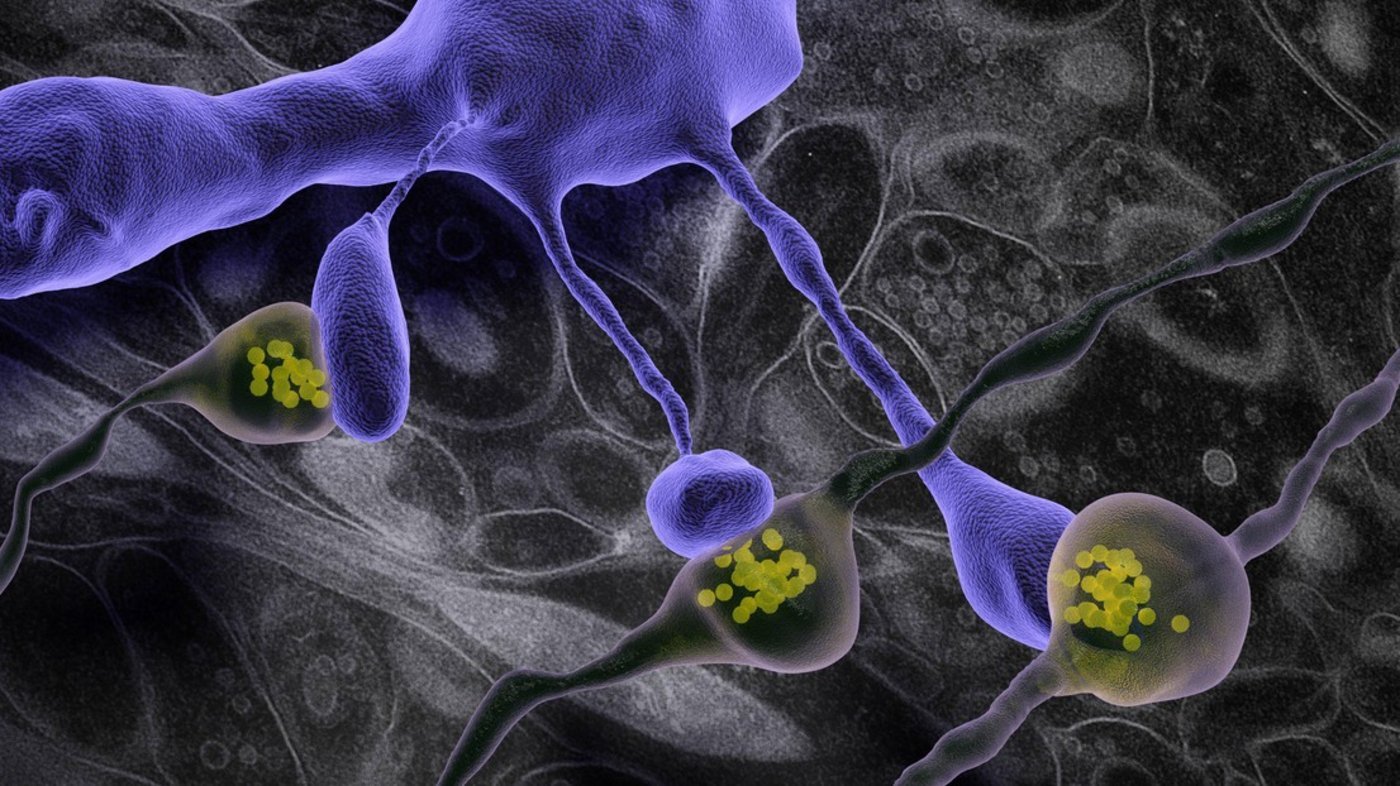 Summary: Using a snap-freezing method, researchers have been able to reveal the true structure of the connections that join neurons together in the adult brain.

Most synaptic connections in the adult brain are situated on dendritic spines; small, micrometer-long, protrusions extending from the neurons’ surface. The spines’ exact size and shape determine how well signals are passed from one neuron to another.

These details become very important when neuroscientists want to model brain circuits or understand how information is transmitted between neurons across the brain’s neuronal circuits. However, their small size and the difficulties in preserving brain tissue in its natural state have always left the question open as to what the true structure of the dendritic spine is.

Scientists from EPFL’s School of Life Sciences have now used a snap-freezing method of liquid nitrogen jets, combined with very high pressures, to instantaneously preserve small pieces of brain tissue. The researchers, from the labs of Graham Knott and Carl Petersen, then used high-resolution, 3D imaging with electron microscopes to reveal how the true dendritic spine structure was similar to that shown in previous studies, except for one important aspect: The instant freezing method showed dendritic spines with significantly thinner necks.

This finding validates a considerable body of theoretical and functional data going back many years, which shows that dendritic spines are chemical, as well as electrical, compartments isolated from the rest of the neuron by a thin and high-resistance neck. Variations in the neck diameter have an important impact on how a synapse influences the rest of the neuron.

“As well as revealing the true shape of these important brain structures, this work highlights the usefulness of rapid freezing methods and electron microscopy for obtaining a more detailed view of the architecture of cells and tissues,” says Graham Knott.

Previously, we showed that cryo fixation of adult mouse brain tissue gave a truer representation of brain ultrastructure in comparison with a standard chemical fixation method (Korogod et al., 2015). Extracellular space matched physiological measurements, there were larger numbers of docked vesicles and less glial coverage of synapses and blood capillaries. Here, using the same preservation approaches, we compared the morphology of dendritic spines. We show that the length of the spine and the volume of its head is unchanged; however, the spine neck width is thinner by more than 30% after cryo fixation. In addition, the weak correlation between spine neck width and head volume seen after chemical fixation was not present in cryo-fixed spines. Our data suggest that spine neck geometry is independent of the spine head volume, with cryo fixation showing enhanced spine head compartmentalization and a higher predicted electrical resistance between spine head and parent dendrite.