Summary: According to a new study, women are almost twice as likely to experience anxiety as men.

Women are almost twice as likely to experience anxiety as men, according to a review of existing scientific literature, led by the University of Cambridge. The study also found that people from Western Europe and North America are more likely to suffer from anxiety than people from other cultures.

The review, published today in the journal Brain and Behavior, also highlighted how anxiety disorders often provide a double burden on people experiencing other health-related problems, such as heart disease, cancer and even pregnancy.

Anxiety disorders, which often manifest as excessive worry, fear and a tendency to avoid potentially stressful situations including social gatherings, are some of the most common mental health problems in the Western world. The annual cost related to the disorders in the United States is estimated to be $42.3 million. In the European Union, over 60 million people are affected by anxiety disorders in a given year.

There have been many studies looking at the number of people affected by anxiety disorders and the groups that are at highest risk, and in an attempt to synthesise the various studies, National Institute for Health Research (NIHR)-funded researchers from the University of Cambridge’s Institute of Public Health carried out a global review of systematic reviews. Out of over 1,200 reviews, the researchers identified 48 reviews that matched their criteria for inclusion.

Women are almost twice as likely to be affected as men, and young individuals – both male and female – under 35 years of age are disproportionately affected.

The researchers also found that people with other health conditions are often far more likely to also experience anxiety disorders. For example, around one in ten adults (10.9%) with cardiovascular disease and living in Western countries are affected by generalised anxiety disorder, with women showing higher anxiety levels than men. People living with multiple sclerosis are most affected – as many as one in three patients (32%) also have an anxiety disorder.

According to first author Olivia Remes from the Department of Public Health and Primary Care at the University of Cambridge: “Anxiety disorders can make life extremely difficult for some people and it is important for our health services to understand how common they are and which groups of people are at greatest risk.

“By collecting all these data together, we see that these disorders are common across all groups, but women and young people are disproportionately affected. Also, people who have a chronic health condition are at a particular risk, adding a double burden on their lives.”

Obsessive compulsive disorder (OCD) – which is an anxiety disorder characterized by obsessions and compulsions – was found to be a problem in pregnant women and in the period immediately after birth. In the general population, only one in a hundred people are affected by OCD, but the proportion with the disorder was double in pregnant women and slightly higher in post-partum women.

However, the analysis also showed that data on some populations was lacking or of poor quality. This was particularly true for marginalised communities, such as indigenous cultures in North America, Australia and New Zealand, and drug users, street youth and sex workers. Anxiety disorders also represent an important issue among people identifying as lesbian, gay, and bisexual; however, there are not enough studies in these populations, and those that have looked at it are of variable quality.

Dr Louise Lafortune, Senior Research Associate at the Cambridge Institute of Public Health, explains: “Anxiety disorders affect a lot of people and can lead to impairment, disability, and risk of suicide. Although many groups have examined this important topic, significant gaps in research remain.”

Professor Carol Brayne, Director of the Cambridge Institute of Public Health, adds: “Even with a reasonably large number of studies of anxiety disorder, data about marginalised groups is hard to find, and these are people who are likely to be at an even greater risk than the general population. We hope that, by identifying these gaps, future research can be directed towards these groups and include greater understanding of how such evidence can help reduce individual and population burdens.”

Background
A fragmented research field exists on the prevalence of anxiety disorders. Here, we present the results of a systematic review of reviews on this topic. We included the highest quality studies to inform practice and policy on this issue.

Method
Using PRISMA methodology, extensive electronic and manual citation searches were performed to identify relevant reviews. Screening, data extraction, and quality assessment were undertaken by two reviewers. Inclusion criteria consisted of systematic reviews or meta-analyses on the prevalence of anxiety disorders that fulfilled at least half of the AMSTAR quality criteria.

Results
We identified a total of 48 reviews and described the prevalence of anxiety across population subgroups and settings, as reported by these studies. Despite the high heterogeneity of prevalence estimates across primary studies, there was emerging and compelling evidence of substantial prevalence of anxiety disorders generally (3.8–25%), and particularly in women (5.2–8.7%); young adults (2.5–9.1%); people with chronic diseases (1.4–70%); and individuals from Euro/Anglo cultures (3.8–10.4%) versus individuals from Indo/Asian (2.8%), African (4.4%), Central/Eastern European (3.2%), North African/Middle Eastern (4.9%), and Ibero/Latin cultures (6.2%).

Conclusions
The prevalence of anxiety disorders is high in population subgroups across the globe. Recent research has expanded its focus to Asian countries, an increasingly greater number of physical and psychiatric conditions, and traumatic events associated with anxiety. Further research on illness trajectories and anxiety levels pre- and post-treatment is needed. Few studies have been conducted in developing and under-developed parts of the world and have little representation in the global literature. 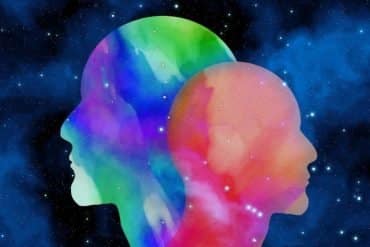 Food Dyes May Cause Disease When the Immune System Is Dysregulated