Serotonin linked to somatic awareness, a condition long thought to be imaginary

Summary: Somatic awareness, a condition previously believed to be of psychological origin, is connected to a common genetic variant. The mutation leads to the malfunctioning of an enzyme critical for serotonin production.

An international team spearheaded by researchers at McGill University has discovered a biological mechanism that could explain heightened somatic awareness, a condition where patients experience physical discomforts for which there is no physiological explanation.

Patients with heightened somatic awareness often experience unexplained symptoms – headaches, sore joints, nausea, constipation or itchy skin – that cause emotional distress, and are twice as likely to develop chronic pain. The condition is associated with illnesses such as fibromyalgia, rheumatoid arthritis and temporomandibular disorders, and is thought to be of psychological origin.

“Think of the fairy tale of the princess and the pea,” says Samar Khoury, a postdoctoral fellow at McGill’s Alan Edwards Centre for Research on Pain. “The princess in the story had extreme sensitivity where she could feel a small pea through a pile of 20 mattresses. This is a good analogy of how someone with heightened somatic awareness might feel; they have discomforts caused by a tiny pea that doctors can’t seem to find or see, but it’s very real.”

Thanks to an existing study on the genetic association, Samar Khoury and her colleagues might have found the elusive pea capable of explaining somatic awareness.

Their work, recently published in the Annals of Neurology, used data available through the Orofacial Pain: Prospective Evaluation and Risk Assessment cohort and demonstrates that patients who suffer from somatic symptoms share a common genetic variant. The mutation leads to the malfunctioning of an enzyme critical for the production of serotonin, a neurotransmitter with numerous biological functions. 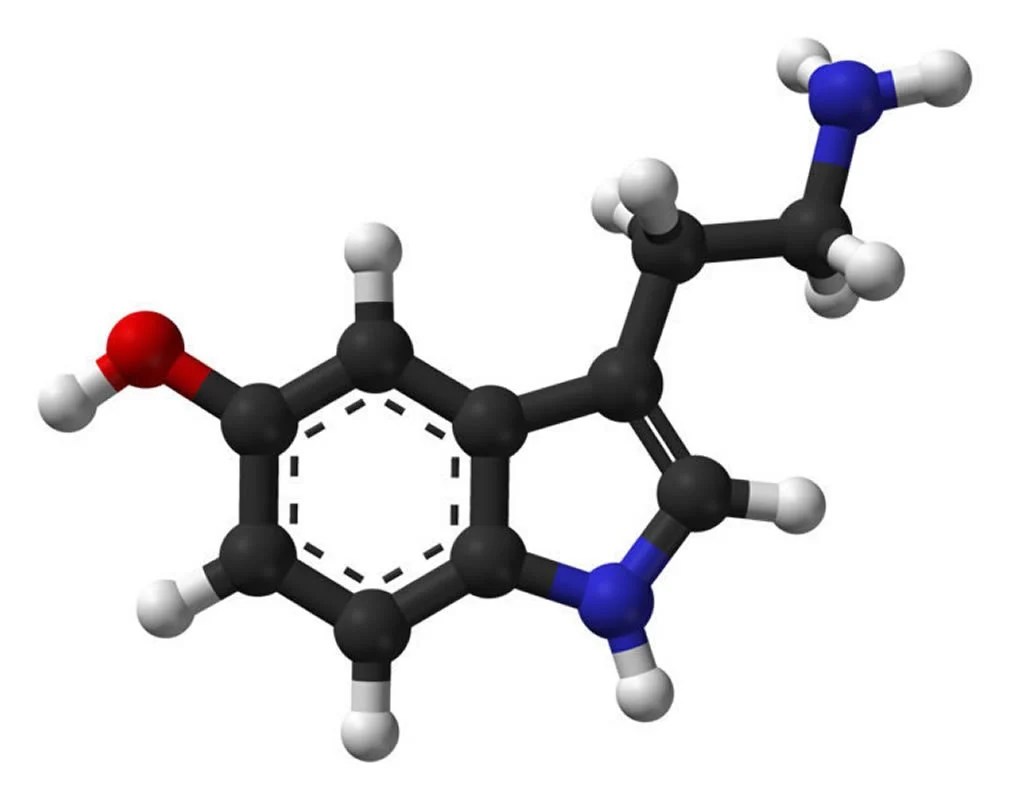 The mutation leads to the malfunctioning of an enzyme critical for the production of serotonin, a neurotransmitter with numerous biological functions. The image is in the public domain.

“I am very happy and proud that our work provides a molecular basis for heightened somatic symptoms,” says Luda Diatchenko, lead author of the new study and a professor in McGill’s Faculty of Dentistry. “We believe that this work is very important to patients because we can now provide a biological explanation of their symptoms. It was often believed that there were psychological or psychiatric problems, that the problem was in that patient’s head, but our work shows that these patients have lower levels of serotonin in their blood.”

The results of their study have laid the groundwork for the development of animal models that could be used to better characterize the molecular pathways in heightened somatic awareness. Above all, Diatchenko and Khoury hope their work will pave the way for treatment options.

“The next step for us would be to see if we are able to target serotonin levels in order to alleviate these symptoms,” says Diatchenko, who holds the Canada Excellence Research Chair in Human Pain Genetics.

Objective
Heightened somatic symptoms are reported by a wide range of patients with chronic pain and have been associated with emotional distress and physical dysfunction. Despite their clinical significance, molecular mechanisms leading to their manifestation are not understood.

Methods
We used an association study design based on a curated list of 3,295 SNPs mapped to 358 genes to test somatic symptoms reporting using the Pennebaker Inventory of Limbic Languidness (PILL) questionnaire from a case‐control cohort of orofacial pain (n=1,607). A replication meta‐analysis of three independent cohorts (n=3,189) was followed by functional validation, including in silico molecular dynamics, in vitro enzyme assays, and measures of serotonin (5‐HT) plasma concentration.

Results
An association with T allele of rs11575542 coding for an arginine to glutamine substitution in the L‐aromatic amino acid decarboxylase (AADC) enzyme was replicated in a meta‐analysis of three independent cohorts. In a combined meta‐analysis of all cohorts this association reached p=6.43×10‐8. In silico studies demonstrated that this substitution dramatically reduces the conformational dynamics of AADC, potentially lowering its binding capacity to a co‐factor. In vitro enzymatic assays showed that this substitution reduces the maximum kinetic velocity of AADC, hence lowering serotonin (5‐HT) levels. Finally, plasma samples from 90 subjects showed correlation between low 5‐HT levels and heightened somatic symptoms.

Interpretation
Thus, using functional genomics approaches, we identified a polymorphism in AADC enzyme that contributes to somatic symptoms through reduced levels of 5‐HT. Our findings suggest a molecular mechanism underlying the pathophysiology of somatic symptoms and opens up new treatment options targeting the serotonergic system.