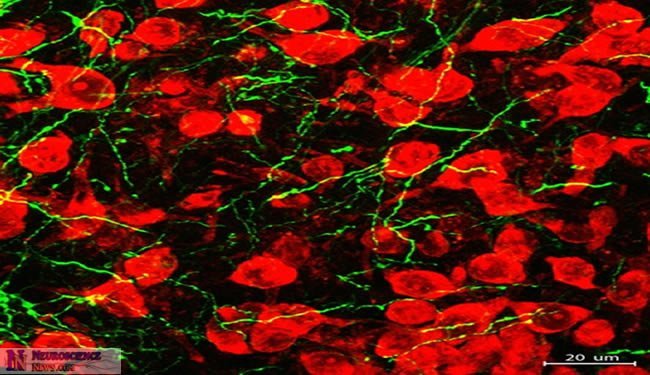 The findings suggest that therapeutics targeting the path between two critical brain regions, the amygdala and the nucleus accumbens, represent potential treatments for addiction and other neuropsychiatric diseases.

Using a combination of genetic engineering and laser technology, researchers at the University of North Carolina at Chapel Hill have manipulated brain wiring responsible for reward-seeking behaviors, such as drug addiction. The work, conducted in rodent models, is the first to directly demonstrate the role of these specific connections in controlling behavior.

The UNC study, published online on June 29, 2011, by the journal Nature, uses a cutting-edge technique called “optogenetics” to tweak the microcircuitry of the brain and then assess how those changes impact behavior. The findings suggest that therapeutics targeting the path between two critical brain regions, namely the amygdala and the nucleus accumbens, represent potential treatments for addiction and other neuropsychiatric diseases.

“For most clinical disorders we knew that one region or another in the brain was important, however until now we didn’t have the tools to directly study the connections between those regions,” said senior study author Garret D. Stuber, PhD, assistant professor in the departments of cell and molecular physiology, psychiatry and the Neuroscience Center in UNC School of Medicine. “Our ability to perform this level of sophistication in neural circuit manipulation will likely to lead to the discovery of molecular players perturbed during neuropsychiatric illnesses.”

Because the brain is comprised of diverse regions, cell types and connections in a compact space, pinpointing which entity is responsible for what function can be quite tricky. In the past, researchers have tried to get a glimpse into the inner workings of the brain using electrical stimulation or drugs, but those techniques couldn’t quickly and specifically change only one type of cell or one type of connection. But optogenetics, a technique that emerged six years ago, can.

In the technique, scientists transfer light-sensitive proteins called “opsins” – derived from algae or bacteria that need light to grow – into the mammalian brain cells they wish to study. Then they shine laser beams onto the genetically manipulated brain cells, either exciting or blocking their activity with millisecond precision.

In Stuber’s initial experiments, the target was the nerve cells connecting two separate brain regions associated with reward, the amygdala and the nucleus accumbens. The researchers used light to activate the connections between these regions, essentially “rewarding” the mice with laser stimulations for performing the mundane task of poking their nose into a hole in their cage. They found that the opsin treated mice quickly learned to “nosepoke” in order to receive stimulation of the neural pathway. In comparison, the genetically untouched control mice never caught on to the task.

Then Stuber and his colleagues wanted to see whether this brain wiring had a role in more natural behavioral processes. So they trained mice to associate a cue – a light bulb in the cage turning on – to a reward of sugar water. This time the opsin that the researchers transferred into the brains of their rodent subjects was one that would shut down the activity of neural connections in response to light. As they delivered the simple cue to the control mice, they also blocked the neuronal activity in the genetically altered mice. The control mice quickly began responding to the cue by licking the sugar-producing vessel in anticipation, whereas the treated mice did not give the same response.

The researchers are now exploring how changes to this segment of brain wiring can either make an animal sensitized to or oblivious to rewards. Stuber says their approach presents an incredibly useful tool for studying basic brain function, and could one day provide a powerful alternative to electrical stimulation or pharmacotherapy for neuropsychiatric illnesses like Parkinson’s disease.

“For late-stage Parkinson’s disease it has become more routine to use deep brain stimulation, where electrodes are chronically implanted into brain tissue, constantly stimulating the tissue to alleviate some of the disease symptoms,” said Stuber. “From the technical perspective, implanting our optical fibers is not going to be more difficult than that. But there is quite a bit of work to be done before we get to that point.”

A New Look at Brain Function and Psychiatric Disorders

Notes about this optogenetics research article

The research was funded by NARSAD: The Brain & Behavior Research Fund; ABMRF/ The Foundation for Alcohol Research; The Foundation of Hope; and the National Institute on Drug Abuse, a component of NIH.