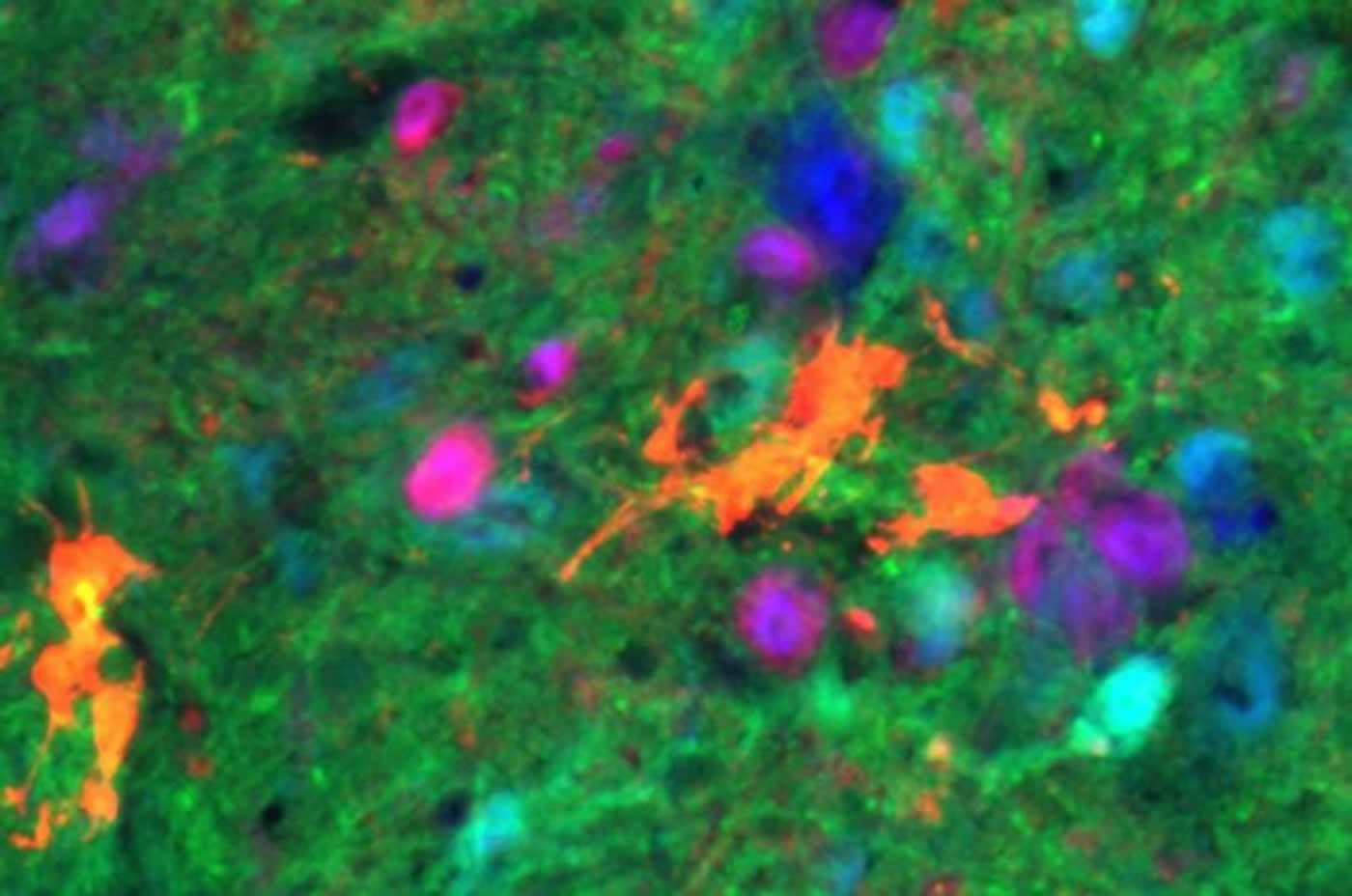 Researchers from Drexel University College of Medicine and the University of Texas at Austin improved respiratory function in rodents with spinal cord injuries after successfully transplanting a special class of neural cells, called V2a interneurons. Their results, published this week in the Journal of Neurotrauma, indicate that these lab-grown cells have the potential to one day help paralyzed patients breathe without a ventilator.

“Our previous study was one of the first to show that V2a interneurons contribute to plasticity, or the ability of the spinal cord to achieve some level of self-repair. This study capitalized on those findings by demonstrating that we can grow these cells from stem cells, that they survive in an injured spinal cord, and that they can actually improve recovery,” said Michael Lane, PhD, an assistant professor of neurobiology and anatomy in the College of Medicine and the study’s principal investigator.

Though spinal cord injury impacts a wide range of motor systems, recent evidence suggests the body is capable of spontaneous improvements, through growth of nerve fibers and the formation of new circuits. Lane’s laboratory is interested in studying – and strengthening – this natural phenomenon, in order to treat a potentially fatal side effect of paralysis: poor respiratory health. Not only do patients with high-level injuries require mechanical assistance to breathe, but they are also prone to lung congestion and respiratory infections.

“By understanding the body’s own attempt at repair, we hope to amplify that process therapeutically with cell transplantation and rehabilitation,” said Lyandysha Zholudeva, the study’s lead author and a doctoral candidate in the College of Medicine. “Now we’ve identified one of the cell types that contributes to the formation of new pathways that lead to plasticity.”

For the past decade, there has been a growing interest in using neural precursors – cells that can develop into the various types found in the brain – to augment plasticity and treat spinal cord injury. Neural cells work with all the other cell types of the body to produce the range of functions of the central nervous system, including circulation, respiration and digestion.

Interneurons are particularly attractive candidates for the injured spinal cord, because they relay signals between sensory and motor neurons. However, these cells are a diverse bunch, and it has remained unclear exactly what type of interneuron could survive and thrive in an injured spinal cord after transplantation. Lane and other researchers pinpointed V2a interneurons as a potential contender, since they are “excitatory” (have greater action potential) and typically grow in the right direction for repair. Previous studies have also suggested that this class of interneurons may be involved in breathing, and Lane’s work has shown that this role may be even more important after spinal cord injury.

In a study published in 2017, Lane and his colleagues found that weeks after injury, the spinal cord recruits V2a interneurons, which become wired into the “phrenic” circuit in the spinal cord that controls the diaphragm (an essential muscle for breathing). In their more recent study, the researchers explored whether transplanting more V2a cells into the injured spinal cord could enhance plasticity and lead to longer-lasting outcomes.

Lane explained that identifying specific cell types that will repair breathing (or any other symptom), rather than transplanting a heterogeneous population, is key to effective treatment.

“Stem cell transplantation is gaining interest both within science, and within clinical trials, but scientific evidence shows that some types of cells may actually limit recovery. So, you have to know what will happen to the cells you are putting in the body,” he said. “The transplantation field is moving into an era where there is more interest in tailoring cell therapies.”

To test their hypothesis, the Drexel team collaborated with Shelly Sakiyama-Elbert, PhD, a cellular engineer at the University of Texas, to differentiate embryonic stem cells into V2a interneurons and combine them with neural progenitor cells from a rodent spinal cord. Once combined, the V2a cells were transplanted into 30 animals with high cervical moderate-severe injuries.

One month following transplantation, the donor cells had survived and become mature neurons in all 30 animals. Recording activity of the diaphragm muscle, the researchers found that breathing significantly improved in the animals that had received V2a interneurons compared to the controls.

“Even this incremental difference reassures us that we have identified a cell type to really concentrate on, and that we should continue to investigate their potential even further,” Zholudeva said.

Moving forward, the researchers plan to continue to determine how to best optimize the transplant dose, growth and connectivity of V2a cells in the injured spinal cord. Lane said the potential contribution of V2a cells to functional recovery could be enhanced with rehabilitation, neural-interfacing and activity-based therapies.

“For now, we’ve focused on one cell, and one time-point after injury, so there is more work still to be done,” Lane said. “But it is a big advance – we have at least one cell that contributes to recovery and one day, that may lead to better treatments.”

Abstract There is growing interest in the use of neural precursor cells to treat spinal cord injury (SCI). Despite extensive preclinical research, it remains unclear as to i) which donor neuron phenotypes are available for transplantation, ii) whether the same populations exist across different sources of donor tissue (e.g. developing tissue vs cultured cells), and iii) whether donor cells retain their phenotype once transplanted into the hostile internal milieu of the injured adult spinal cord. In addition, while functional improvements have been reported after neural precursor transplantation post-SCI, the extent of recovery is limited and variable. The present work begins to address these issues by harnessing ventrally-derived, excitatory, pre-motor V2a spinal interneurons (SpINs), to repair the phrenic motor circuit after cervical SCI. Recent studies have demonstrated that Chx10-positive V2a SpINs contribute to anatomical plasticity within the phrenic circuitry after cervical SCI, thus identifying them as a therapeutic candidate. Building upon this discovery, the present work tests the hypothesis that transplantation of neural progenitor cells (NPCs) enriched with V2a INs can contribute to neural networks that promote repair and enhance respiratory plasticity after cervical SCI. Cultured NPCs (neuronal and glial restricted progenitor cells) isolated from E13.5 GFP rats were aggregated with TdTomato-mouse embryonic stem cell-derived, V2a INs in vitro, then transplanted into the injured cervical (C3-4) spinal cord. Donor cells survive, differentiate and integrate with the host spinal cord. Functional diaphragm electromyography indicated recovery one month following treatment in transplant recipients. Donor cells enriched with V2a INs showed significantly greater functional improvement than animals that received NPCs alone. The results from this study offer insight into the neuronal phenotypes that might be effective for (re)establishing neuronal circuits in the injured adult central nervous system.