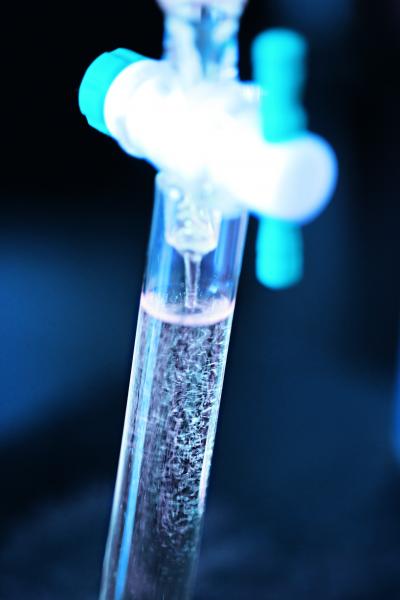 “J147 is an exciting new compound because it really has strong potential to be an Alzheimer’s disease therapeutic by slowing disease progression and reversing memory deficits following short-term treatment,” says lead study author Marguerite Prior, a research associate in Salk’s Cellular Neurobiology Laboratory.

Despite years of research, there are no disease-modifying drugs for Alzheimer’s. Current FDA-approved medications, including Aricept, Razadyne and Exelon, offer only fleeting short-term benefits for Alzheimer’s patients, but they do nothing to slow the steady, irreversible decline of brain function that erases a person’s memory and ability to think clearly.

According to the Alzheimer’s Association, more than 5 million Americans are living with Alzheimer’s disease, the sixth leading cause of death in the country and the only one among the top 10 that cannot be prevented, cured or even slowed.

J147 was developed at Salk in the laboratory of David Schubert, a professor in the Cellular Neurobiology Laboratory. He and his colleagues bucked the trend within the pharmaceutical industry, which has focused on the biological pathways involved in the formation of amyloid plaques, the dense deposits of protein that characterize the disease. Instead, the Salk team used living neurons grown in laboratory dishes to test whether their new synthetic compounds, which are based upon natural products derived from plants, were effective at protecting brain cells against several pathologies associated with brain aging. From the test results of each chemical iteration of the lead compound, they were able to alter their chemical structures to make them much more potent. Although J147 appears to be safe in mice, the next step will require clinical trials to determine whether the compound will prove safe and effective in humans.

“Alzheimer’s disease research has traditionally focused on a single target, the amyloid pathway,” says Schubert, “but unfortunately drugs that have been developed through this pathway have not been successful in clinical trials. Our approach is based on the pathologies associated with old age-the greatest risk factor for Alzheimer’s and other neurodegenerative diseases-rather than only the specificities of the disease.”

To test the efficacy of J147 in a much more rigorous preclinical Alzheimer’s model, the Salk team treated mice using a therapeutic strategy that they say more accurately reflects the human symptomatic stage of Alzheimer’s. Administered in the food of 20-month-old genetically engineered mice, at a stage when Alzheimer’s pathology is advanced, J147 rescued severe memory loss, reduced soluble levels of amyloid, and increased neurotrophic factors essential for memory, after only three months of treatment.

In a different experiment, the scientists tested J147 directly against Aricept, the most widely prescribed Alzheimer’s drug, and found that it performed as well or better in several memory tests.

“In addition to yielding an exceptionally promising therapeutic, both the strategy of using mice with existing disease and the drug discovery process based upon aging are what make the study interesting and exciting,” says Schubert, “because it more closely resembles what happens in humans, who have advanced pathology when diagnosis occurs and treatment begins.” Most studies test drugs before pathology is present, which is preventive rather than therapeutic and may be the reason drugs don’t transfer from animal studies to humans.

Prior and her colleagues say that several cellular processes known to be associated with Alzheimer’s pathology are affected by J147, including an increase in a protein called brain-derived neurotrophic factor (BDNF), which protects neurons from toxic insults, helps new neurons grow and connect with other brain cells, and is involved in memory formation. Postmortem studies show lower than normal levels of BDNF in the brains of people with Alzheimer’s.

Because of its broad ability to protect nerve cells, the researchers believe that J147 may also be effective for treating other neurological disorders, such as Parkinson’s disease, Huntington’s disease and amyotrophic lateral sclerosis (ALS), as well as stroke, although their study did not directly explore the drug’s efficacy as a therapy for those diseases.

The Salk researchers say that J147, with its memory enhancing and neuroprotective properties, along with its safety and availability as an oral medication, would make an “ideal candidate” for Alzheimer’s disease clinical trials. They are currently seeking funding for such a trial.

Other researchers on the study were Richard Dargusch, Jennifer L. Ehren and Chandra Chiruta, of the Salk Institute.