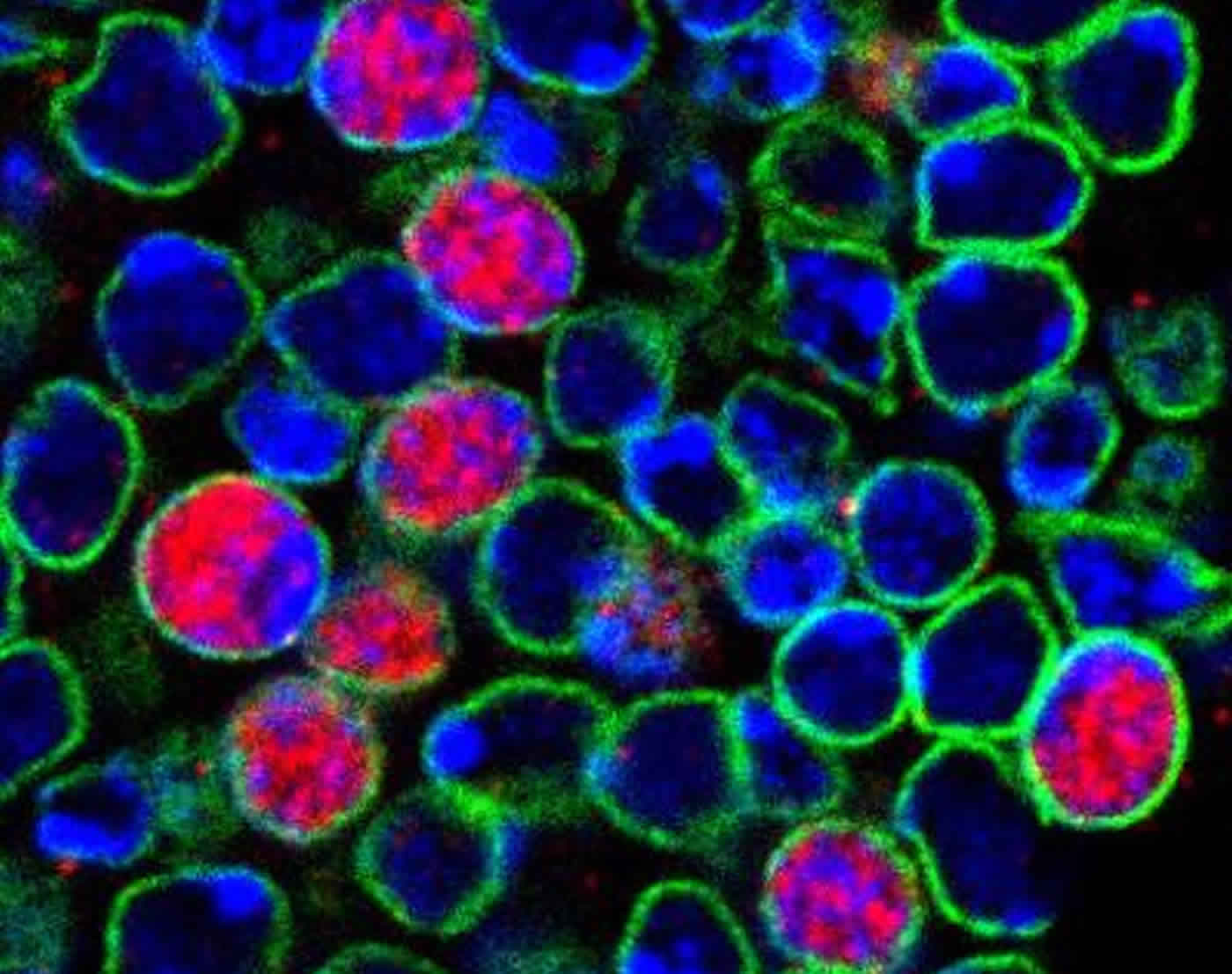 Stem cells are labelled in red, nuclear membranes in green and DNA in blue. NeuroscienceNews.com image is credited to Andrea Brand/Leo Otsuki.

Summary: Researchers have identified a new type of stem cell which may aid neural repair following injury or disease.

Scientists at the Wellcome Trust/ Cancer Research UK Gurdon Institute, University of Cambridge, have identified a new type of stem cell in the brain which they say has a high potential for repair following brain injury or disease.

A major goal of regenerative research is to repair the brain efficiently following injury, for example due to stroke, Alzheimer’s disease or head trauma, disease or ageing. The brain is poor at repairing itself; however, it may become possible to improve repair without surgery by targeting stem cells residing in patients’ brains. Stem cells have the unique capacity to produce all of the cells in the brain but are normally kept inactive in a form of cellular ‘sleep’ known as quiescence. Quiescent cells do not proliferate or generate new cells. Thus, any regenerative therapy targeting stem cells must first awaken them from quiescence.

“The brain is not good at repairing itself, but these newly-discovered stem cells suggest there may be a way to improve its ability,” says Professor Brand. “These stem cells are in a dormant state, but once awake, they have the ability to generate key brain cells.”

By studying the fruit fly (Drosophila), the authors identified a gene known as tribbles that selectively regulates G2 quiescent stem cells. The DNA of fruit flies has many similarities with that of humans, making them a useful model to understand human biology, and 60% of human genes associated with disease are also found in Drosophila. The tribbles gene has counterparts in the mammalian genome that are expressed in stem cells in the brain. The researchers believe that drugs that target tribbles might be one route to awakening G2 quiescent stem cells. 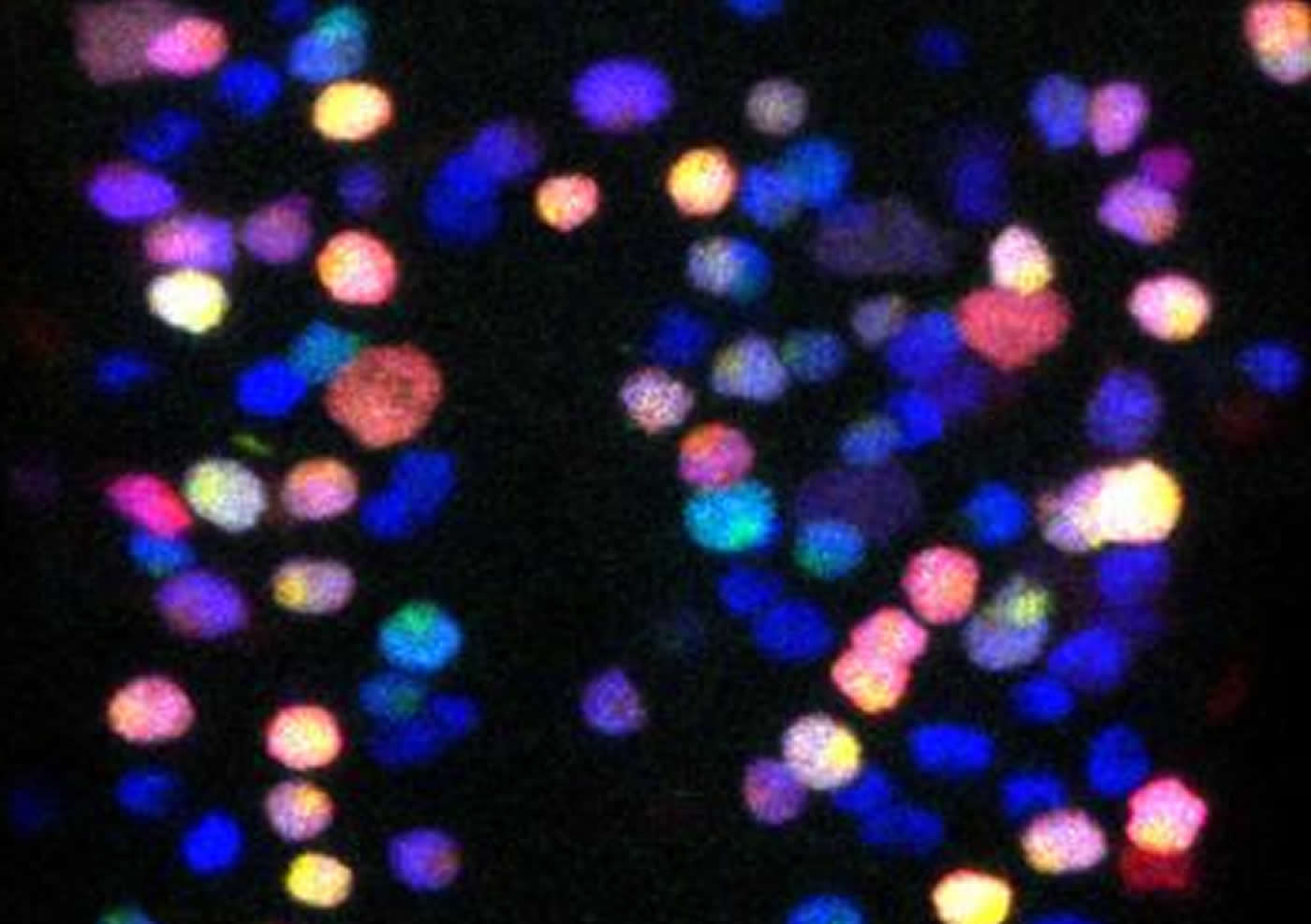 In this image, stem cells in the Drosophila brain have been labelled as they are awakened from quiescence. Blue: quiescent stem cells. Green/Red/Yellow: stem cells that have been awakened and are generating new neurons. Credit: Andrea Brand/Leo Otsuki.

“We’ve found the gene that directs these cells to become quiescent,” adds Otsuki. “The next step is to identify potential drug-like molecules that block this gene and awaken a person’s stem cells.

“We believe there may be similar quiescent stem cells in other organs, and this discovery could help improve or develop new regenerative medicines.”

Funding: This study was funded by the Royal Society and Wellcome Trust, and core funding to the Gurdon Institute from the Wellcome Trust and Cancer Research UK.

Quiescent stem cells in adult tissues can be activated for homeostasis or repair. Neural stem cells (NSCs) in Drosophila are reactivated from quiescence in response to nutrition by the insulin signaling pathway. It is widely accepted that quiescent stem cells are arrested in G0. In this study, however, we demonstrate that quiescent NSCs (qNSCs) are arrested in either G2 or G0. G2-G0 heterogeneity directs NSC behavior: G2 qNSCs reactivate before G0 qNSCs. In addition, we show that the evolutionarily conserved pseudokinase Tribbles (Trbl) induces G2 NSCs to enter quiescence by promoting degradation of Cdc25String and that it subsequently maintains quiescence by inhibiting Akt activation. Insulin signaling overrides repression of Akt and silences trbl transcription, allowing NSCs to exit quiescence. Our results have implications for identifying and manipulating quiescent stem cells for regenerative purposes.