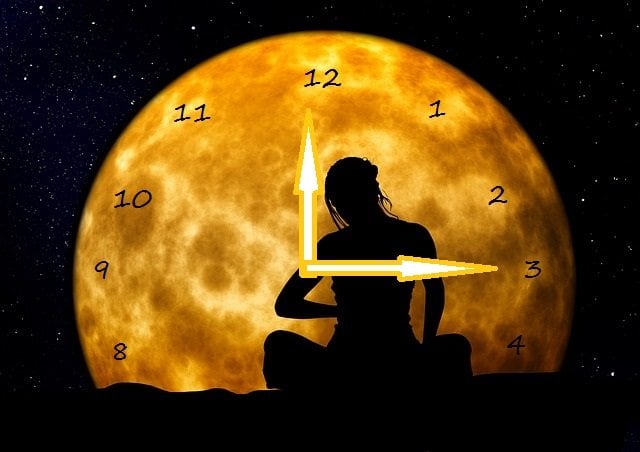 According to a new study, mindfulness meditation has the ability to temporarily alter practitioners’ perceptions of time.
Home
Featured

New published research from psychologists at the universities of Kent and Witten/Herdecke has shown that mindfulness meditation has the ability to temporarily alter practitioners’ perceptions of time – a finding that has wider implications for the use of mindfulness both as an everyday practice, and in clinical treatments and interventions.

Led by Dr Robin Kramer from Kent’s School of Psychology, the research team hypothesised that, given mindfulness’ emphasis on moment-to-moment awareness, mindfulness meditation would slow down time and produce the feeling that short periods of time lasted longer.

To test this hypothesis, they used a temporal bisection task, which allows researchers to measure where each individual subjectively splits a period of time in half. Participants’ responses to this task were collected twice, once before and then again after a listening task. By separating people into two groups, participants listened for ten minutes to either an audiobook or a meditation exercise designed to focus their attention on the movement of breath in the body. The results showed that the control group (audiobook) didn’t change in their responses after the listening task compared with before. However, meditation led to a relative overestimation of durations i.e. time periods felt longer than they had before.

The reasons for this have been interpreted by Dr Kramer and team as the result of attentional changes, producing either improved attentional resources that allow increased attention to the processing of time, or a shift to internally-oriented attention that would have the same effect.

Dr Kramer said: ‘Our findings represent some of the first to demonstrate how mindfulness meditation can alter the perception of time. Given the increasing popularity of mindfulness in everyday practice, its relationship with time perception may provide an important step in our understanding of this pervasive, ancient practice in our modern world.’

Dr Kramer also explained that the benefits of mindfulness and mindfulness-based therapies in a variety of domains are now being identified. These include decreases in rumination, improvements in cognitive flexibility, working memory capacity and sustained attention, and reductions in reactivity, anxiety and depressive symptoms. Mindfulness-based treatments also appear to provide broad antidepressant and antianxiety effects, as well as decreases in general psychological distress. As such, these interventions have been applied with a variety of patients, including those suffering from fibromyalgia, psoriasis, cancer, binge eating and chronic pain.

Dr Dinkar Sharma, Senior Lecturer in Psychology at Kent, commented: ‘Demonstrating that mindfulness has an effect on time perception is important because it opens up the opportunity that mindfulness could be used to alter psychological disorders that are associated with a range of distortions in the perception of time – such as disorders of memory, emotion and addiction.’

Dr Ulrich Weger, of Witten/Herdecke’s Department of Psychology and Psychotherapy, concluded by stating that ‘the impact of a brief mindfulness exercise on elementary processes such as time perception is remarkable’.

Notes about this time perception and mindful meditation research