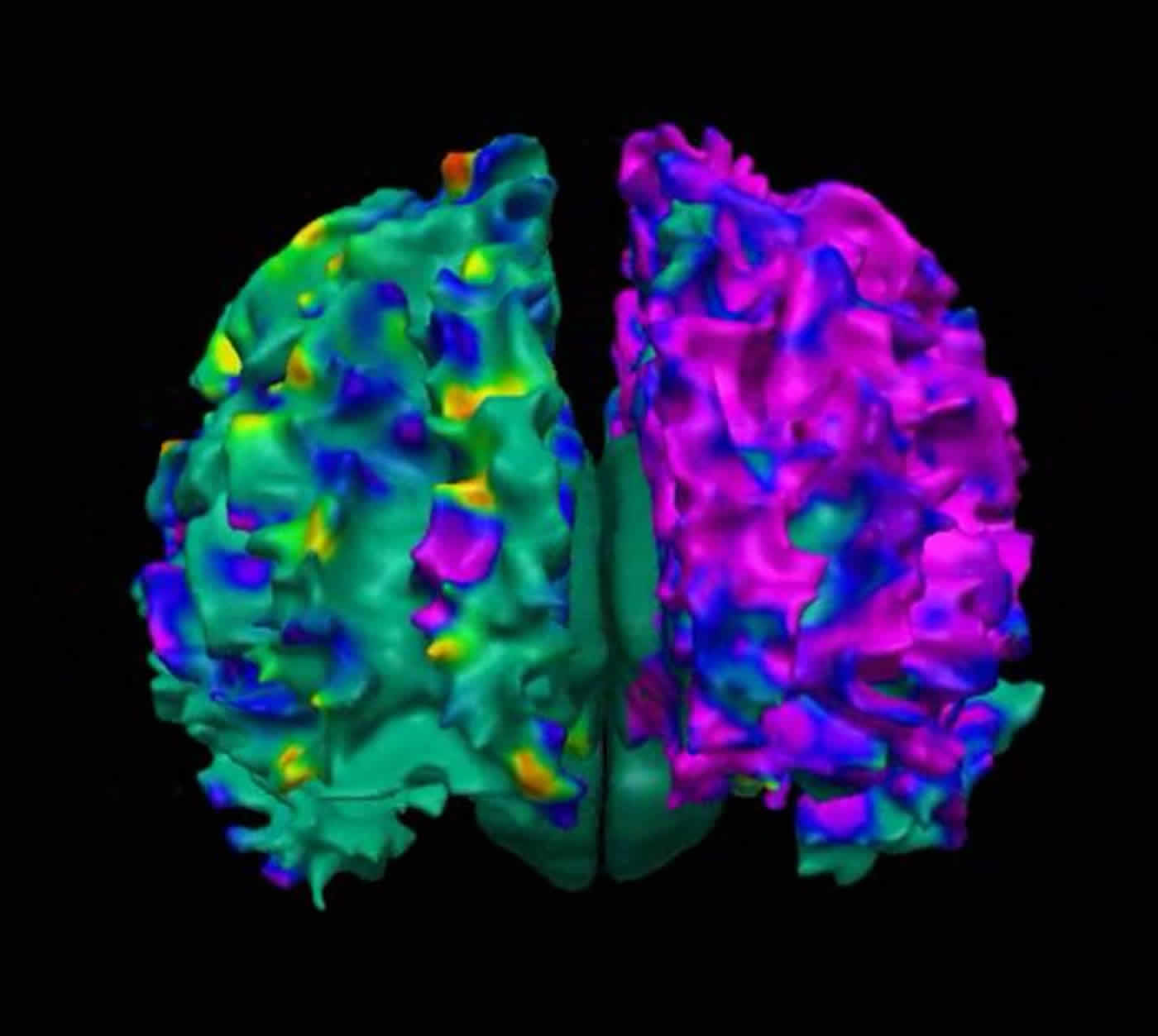 Researchers at the Institute for the Developing Mind at Children’s Hospital Los Angeles (CHLA) and colleagues at Columbia University’s Center for Children’s Environmental Health have found a powerful relationship between prenatal PAH exposure and disturbances in parts of the brain that support information processing and behavioral control. Their study of 40 children, followed from before birth until 7 to 9 years of age as part of the Center’s large community-based cohort, will be published online by JAMA Psychiatry on March 25.

Neurotoxic PAH (polycyclic aromatic hydrocarbons) are ubiquitous in the environment, in the home and in the workplace. Emissions from motor vehicles, oil and coal burning for home heating or power generation, wildfires and agricultural burning, hazardous waste sites, tobacco smoke and charred foods are all sources of exposure. PAH readily crosses the placenta and affects an unborn child’s brain; earlier animal studies showed that prenatal exposure impaired the development of behavior, learning and memory.

Scientists led by Bradley S. Peterson, MD, director of the Institute for the Developing Mind at The Saban Research Institute of CHLA, along with Virginia Rauh, ScD, and Frederica Perera, DrPH, PhD, from Columbia University’s Mailman School of Public Health, conducted a study of minority youth to test the effects on brain structure of PAH exposure during the final trimester of pregnancy.

They used magnetic resonance imaging (MRI) to measure the brains of 40 children from a cohort of more than 600 mother-baby pairs from minority communities in New York City.

The Columbia researchers had previously reported that exposure to airborne PAH during gestation in this cohort was associated with multiple neurodevelopmental disturbances, including development delay by age 3, reduced verbal IQ at age 5, and symptoms of anxiety and depression at age 7.

“This is the largest MRI study to date of how early life exposure to air pollutants, specifically PAH, affect the developing mind,” said Peterson, who is also a professor of pediatrics and psychiatry at Keck School of Medicine of the University of Southern California. “Our findings suggest that PAH are contributors to ADHD and other behavioral problems due to the pollutants’ disruptive effects on early brain development.”

The study showed reductions in nearly the entire white matter surface of the brain’s left hemisphere – loss associated with slower processing of information during intelligence testing and more severe behavioral problems, including ADHD and aggression. Postnatal PAH exposure – measured at age 5 – was found to contribute to additional disturbances in development of white matter in the dorsal prefrontal region of the brain, which is associated with concentration, reasoning, judgment, and problem-solving ability.

Peterson explained that the morphological features associated with ADHD symptoms in this community sample differed from those previously reported in youth with the disorder, suggesting that exposure to high levels of PAH may produce a specific subtype of ADHD.

Peterson explained that the study’s findings were limited to a minority population with a high level of poverty and low educational attainment, and may therefore not generalize to other populations, although impoverished urban minority populations are disproportionately exposed to air pollutants. While this initial study size was also limited, the researchers are currently undertaking a much larger study in order to confirm and extend their findings.

“Our findings raise important concerns about the effects of air pollutants on brain development in children, and the consequences of those brain effects on cognition and behavior,” says Peterson. “If confirmed, our findings have important public health implications, given the ubiquity of PAH in air pollutants in the general population.”

About this developmental neuroscience research

Feeling Frisky Makes You See What You Want to See