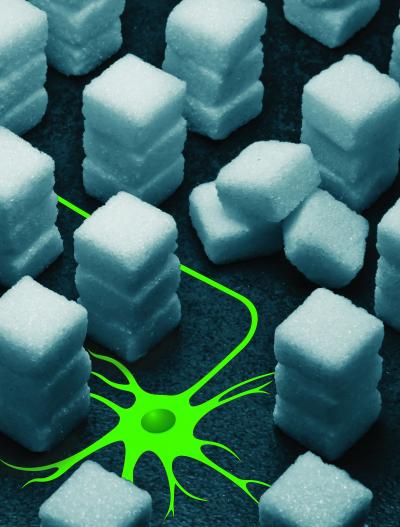 If the development of our nervous system is disturbed, we risk developing serious neurological diseases, impairing our sensory systems, movement control or cognitive functions. This is true for all organisms with a well-developed nervous system, from man to worm. New research from BRIC, University of Copenhagen reveals how a tiny molecule called mir-79 regulates neural development in roundworms. The molecule is required for correct migration of specific nerve cells during development and malfunction causes defects in the nervous system of the worm.

The research has just been published in the journal Science.

Hundreds of worms lie in a small plastic plate under the laboratory microscope. Over the last three years, the group of Associate Professor Roger Pocock has used the roundworm C. elegans to study the development of the nervous system. They have just made an important discovery.

The research shows that mir-79 acts by controlling the addition of certain groups of sugars to selected signaling molecules. In the world of cells, sugar molecules act as transmitters.

When the nerve cells come into contact with the sugar-transmitters, they are informed where to locate themselves during neural development. If the researchers remove mir-79, the migration of the nerve cells is misguided causing neuronal defects in the worms.

“It has earlier been shown that signaling molecules guide nerve migration, but our research shows that mir-79 regulates nerve cell migration by controlling the correct balance of sugar-transmitters on signaling molecules. If mir-79 does not function, the worm nervous system is malformed. In the wild, such defects would be harmful for worm survival,” says Roger Pocock who leads the research group behind the finding.

A version of mir-79 called mir-9 is found in humans. Therefore, these results are important for understanding how our nervous system develops during fetal development. In addition, the results add to the understanding of how nerve cells may be stimulated to repair damage in our brain or spinal cord.

“Our nervous system is a tissue which is not easily repaired after damage. So, how certain molecular cues can stimulate nerve cells to migrate is an important brick in the puzzle. This will enable us to understand how nerve tissue can be regenerated after, for example, a stroke or an accident. If we can use such knowledge to mimic the signals, we may be able to stimulate nerve cells to migrate into a damaged area,” says Roger Pocock.

Worms are a fantastic model to study how the nervous system develops and how nerve cells form neuronal circuits. Most of the genes that control nervous system development in the worm are also found in humans. At the same time, the reduced complexity of the worm nervous system allows researchers to investigate central biological mechanisms. With new technologies they can mark single cells or molecules, and as worms are transparent, the researchers can track the marked molecules or cells live during worm development.

The next step for the researchers is to investigate how the regulatory pathway they have revealed is regulated in cultures of human cells.

The work has been supported by a research grant from the European Research Council (ERC) and the Lundbeck Foundation.