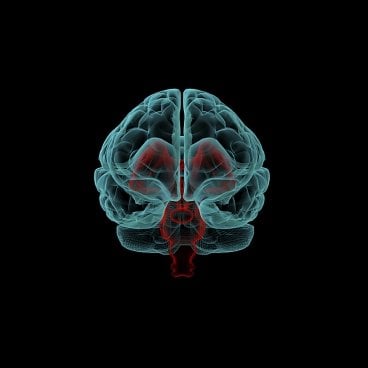 The researchers speculate that in normal mice, the role of calcineurin is to suppress the connections between neurons, known as synapses, in the hippocampus. In mice without calcineurin, a phenomenon known as long-term potentiation (LTP) becomes more prevalent, making synapses stronger. Also, the opposite effect, known as long-term depression (LTD), is suppressed.
Home
Featured

Schizophrenia patients usually suffer from a breakdown of organized thought, often accompanied by delusions or hallucinations. For the first time, MIT neuroscientists have observed the neural activity that appears to produce this disordered thinking.

The researchers found that mice lacking the brain protein calcineurin have hyperactive brain-wave oscillations in the hippocampus while resting, and are unable to mentally replay a route they have just run, as normal mice do.

Mutations in the gene for calcineurin have previously been found in some schizophrenia patients. Ten years ago, MIT researchers led by Susumu Tonegawa, the Picower Professor of Biology and Neuroscience, created mice lacking the gene for calcineurin in the forebrain; these mice displayed several behavioral symptoms of schizophrenia, including impaired short-term memory, attention deficits, and abnormal social behavior.

In the new study, which appears in the Oct. 16 issue of the journal Neuron, Tonegawa and colleagues at the RIKEN-MIT Center for Neural Circuit Genetics at MIT’s Picower Institute for Learning and Memory recorded the electrical activity of individual neurons in the hippocampus of these knockout mice as they ran along a track.

Previous studies have shown that in normal mice, “place cells” in the hippocampus, which are linked to specific locations along the track, fire in sequence when the mice take breaks from running the course. This mental replay also occurs when the mice are sleeping. These replays occur in association with very high frequency brain-wave oscillations known as ripple events.

In mice lacking calcineurin, the researchers found that brain activity was normal as the mice ran the course, but when they paused, their ripple events were much stronger and more frequent. Furthermore, the firing of the place cells was abnormally augmented and in no particular order, indicating that the mice were not replaying the route they had just run.

This pattern helps to explain some of the symptoms seen in schizophrenia, the researchers say.

“We think that in this mouse model, we may have some kind of indication that there’s a disorganized thinking process going on,” says Junghyup Suh, a research scientist at the Picower Institute and one of the paper’s lead authors. “During ripple events in normal mice we know there is a sequential replay event. This mutant mouse doesn’t seem to have that kind of replay of a previous experience.”

The paper’s other lead author is David Foster, a former MIT postdoc. Other authors are Heydar Davoudi and Matthew Wilson, the Sherman Fairchild Professor of Neuroscience at MIT and a member of the Picower Institute.

The researchers speculate that in normal mice, the role of calcineurin is to suppress the connections between neurons, known as synapses, in the hippocampus. In mice without calcineurin, a phenomenon known as long-term potentiation (LTP) becomes more prevalent, making synapses stronger. Also, the opposite effect, known as long-term depression (LTD), is suppressed.

“It looks like this abnormally high LTP has an impact on activity of these cells specifically during resting periods, or post exploration periods. That’s a very interesting specificity,” Tonegawa says. “We don’t know why it’s so specific.”

The researchers believe the abnormal hyperactivity they found in the hippocampus may represent a disruption of the brain’s “default mode network” — a communication network that connects the hippocampus, prefrontal cortex (where most thought and planning occurs), and other parts of the cortex.

Reducing Alcohol Consumption by Working Out

This network is more active when a person (or mouse) is resting between goal-oriented tasks. When the brain is focusing on a specific goal or activity, the default mode network gets turned down. However, this network is hyperactive in schizophrenic patients before and during tasks that require the brain to focus, and patients do not perform well in these tasks.

Further studies of these mice could help reveal more about the role of the default mode network in schizophrenia, Tonegawa says.

Notes about this neuropsychiatry and schizophrenia research