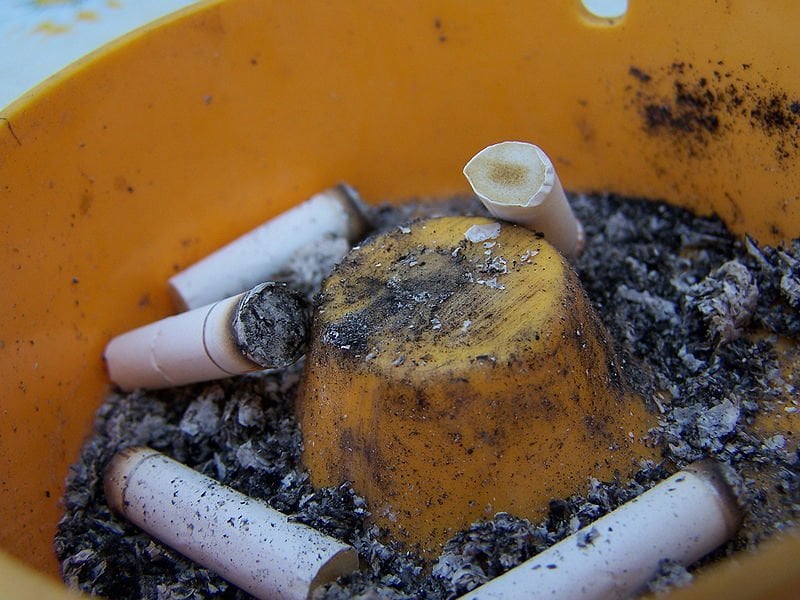 While smoking during pregancy is known to contribute to a number of health problems, both in utero and following birth; this is one of the first studies to link prenatal tobacco exposure to BD. The image shows a full ashtray.
Home
Featured

Smoking During Pregnancy May Increase Risk of Bipolar Disorder in Offspring

A study published today in the American Journal of Psychiatry suggests an association between smoking during pregnancy and increased risk for developing bipolar disorder (BD) in adult offspring. Researchers at the New York State Psychiatric Institute and the Department of Epidemiology at the Mailman School of Public Health at Columbia University, in collaboration with scientists at the Kaiser Permanente Division of Research in Oakland, California, evaluated offspring from a large cohort of pregnant women who participated in the Child Health and Development Study (CHDS) from 1959-1966. The study was based on 79 cases and 654 comparison subjects. Maternal smoking during pregnancy was associated with a twofold increased risk of BD in their offspring.

Smoking during pregnancy is known to contribute to significant problems in utero and following birth, including low birth weight and attentional difficulties. This is the first study to suggest an association between prenatal tobacco exposure and BD, a serious psychiatric illness marked by significant shifts in mood that alternate between periods of depression and mania. Symptoms typically become noticeable in the late teens or early adulthood.

“These findings underscore the value of ongoing public health education on the potentially debilitating, and largely preventable, consequences that smoking may have on children over time,” said Alan Brown, MD, MPH, senior author and Professor of Clinical Psychiatry and Epidemiology at the New York State Psychiatric Institute, Columbia University and Mailman School of Public Health.

The authors wrote: “Much of the psychopathology associated with prenatal tobacco exposure clusters around the ‘externalizing’ spectrum, which includes attention deficit hyperactivity disorder (ADHD), oppositional defiant disorder (ODD), conduct disorder (CD), and substance abuse disorders. Although not diagnostically classified along the externalizing spectrum, BD shares a number of clinical characteristics with these disorders, including inattention, irritability, loss of self-control, and proclivity to drug/alcohol use.” In effect, children who were exposed to tobacco smoke in utero may exhibit some symptoms and behaviors that are found in BD.

A previous study by Dr. Brown and colleagues found that flu virus in pregnant mothers was associated with a fourfold increased risk that their child would develop BD.

Notes about this neurodevelopment and mental health research