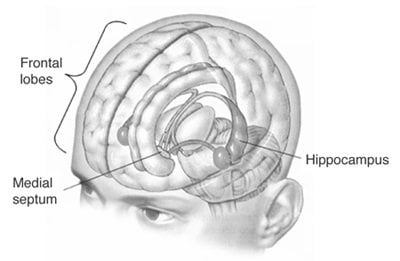 Drug Improves Cognitive Function in Mouse Model of Down Syndrome

An existing FDA-approved drug improves cognitive function in a mouse model of Down syndrome, according to a new study by researchers at the Stanford University School of Medicine.

The drug, an asthma medication called formoterol, strengthened nerve connections in the hippocampus, a brain center used for spatial navigation, paying attention and forming new memories, the study said. It also improved contextual learning, in which the brain integrates spatial and sensory information.

Both hippocampal function and contextual learning, which are impaired in Down syndrome, depend on the brain having a good supply of the neurotransmitter norepinephrine. This neurotransmitter sends its signal via several types of receptors on the neurons, including a group called beta-2 adrenergic receptors.

“This study provides the initial proof-of-concept that targeting beta-2 adrenergic receptors for treatment of cognitive dysfunction in Down syndrome could be an effective strategy,” said Ahmad Salehi, MD, PhD, the study’s senior author and a clinical associate professor of psychiatry and behavioral sciences. The study was published online July 2 in Biological Psychiatry.

Down syndrome, which is caused by an extra copy of chromosome 21, results in both physical and cognitive problems. While many of the physical issues, such as vulnerability to heart problems, can now be treated, no treatments exist for poor cognitive function. As a result, children with Down syndrome fall behind their peers’ cognitive development. In addition, adults with Down syndrome develop Alzheimer’s-type pathology in their brains by age 40. Down syndrome affects about 400,000 people in the United States and 6 million worldwide.

The scientists saw improvement on a standard test of contextual learning in mice. In contextual learning, the brain integrates sensory and spatial information to remember the layout of a complex environment: for instance, a person using sounds, smells and sights to remember the location of a store in a shopping mall is using contextual learning. The researchers also saw more synapses and a more complex structure of dendrites, the nerves’ outgoing ends, in the hippocampus after the affected mice received formoterol.

“The fact that such a short period of giving medication can make these neurons much more complex is very interesting,” Salehi said, noting that mice in the study received the drug for a maximum of two weeks.

Further tests will be needed to determine whether formoterol might be an appropriate treatment for people with Down syndrome or whether to use another drug that activates the same receptors, Salehi said. The dose used in this study was many times higher than that used for asthma treatment, he cautioned, so it is not known whether it is safe. A lower dose might work, or other drugs that affect beta-2 adrenergic receptors might be safer and more effective in humans. Researchers also want to explore what parts of learning — taking in new information, remembering it or both — are affected by the drug treatment.

Prior research to improve cognitive function in children with Down syndrome has sometimes raised concerns from families that cognitive treatments would alter positive attributes of these children’s personalities, but Salehi said that is not the goal of his team’s research.

“Our aim is to enable these children to do better in school,” Salehi said. “It is absolutely not to change their personalities or the way they react to society.” Changing a child’s personality would be much more complicated than activating a subgroup of receptors in the brain, he said.

Notes about this neuropharmacology and Down syndrome research

Salehi’s team and collaborators at Stanford included Van Dang, DVM, PhD, a postdoctoral scholar in psychiatry and behavioral sciences; Rachel Nosheny, PhD, a postdoctoral scholar in molecular and cellular physiology; and John Wesson Ashford, MD, PhD, a clinical professor of psychiatry and behavioral sciences. All researchers except Nosheny are affiliated with both the Stanford University School of Medicine and the Veterans Affairs Palo Alto Health Care System.

The study was funded by grants from the Down Syndrome Research and Treatment Foundation and Research Down Syndrome. Stanford University has filed a patent for the use of beta-2 adrenergic receptor agonists in Down syndrome.