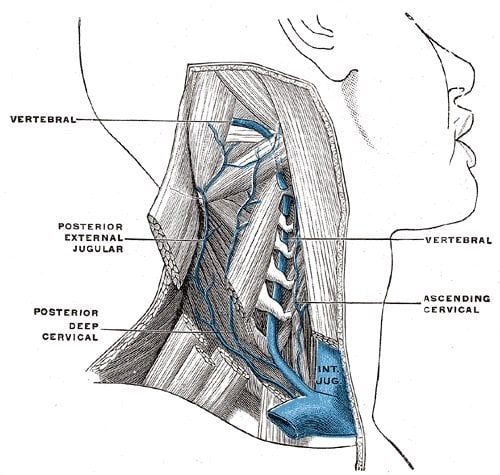 There is no evidence that impaired blood flow or blockage in the veins of the neck or head is involved in multiple sclerosis, says a McMaster University study.

The research, published online by PLOS ONE Wednesday, found no evidence of abnormalities in the internal jugular or vertebral veins or in the deep cerebral veins of any of 100 patients with multiple sclerosis (MS) compared with 100 people who had no history of any neurological condition.

The study contradicts a controversial theory that says that MS, a chronic, neurodegenerative and inflammatory disease of the central nervous system, is associated with abnormalities in the drainage of venous blood from the brain. In 2008 Italian researcher Paolo Zamboni said that angioplasty, a blockage clearing procedure, would help MS patients with a condition he called chronic cerebrospinal venous insufficiency (CCSVI). This caused a flood of public response in Canada and elsewhere, with many concerned individuals lobbying for support of the ‘Liberation Treatment’ to clear the veins, as advocated by Zamboni.

“This is the first Canadian study to provide compelling evidence against the involvement of CCSVI in MS,” said principal investigator Ian Rodger, a professor emeritus of medicine in the Michael G. DeGroote School of Medicine. “Our findings bring a much needed perspective to the debate surrounding venous angioplasty for MS patients”.

In the study all participants received an ultrasound of deep cerebral veins and neck veins as well as a magnetic resonance imaging (MRI) of the neck veins and brain. Each participant had both examinations performed on the same day. The McMaster research team included a radiologist and two ultrasound technicians who had trained in the Zamboni technique at the Department of Vascular Surgery of the University of Ferrara.

The research was funded by a collection of private donors including the Harrison McCain Foundation, W. Garfield Weston Foundation, Charity Intelligence and St. Joseph’s Healthcare Foundation as well as many concerned individuals. The funders had no role in the design, execution or reporting of the study.