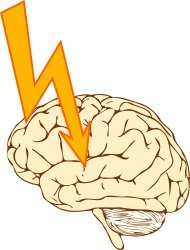 Febrile seizures affect about five percent of children in the United States and are mostly benign, but do carry a risk of negative long-term consequences on brain development.
Home
Featured

Fever-induced childhood seizures, known as febrile seizures, can be terrifying for parents to witness. The full-body convulsions, which mostly affect children six months to five years old, can last from mere seconds up to more than 40 minutes. Currently, children are not treated with daily anticonvulsant medication to prevent these seizures even when they recur repeatedly because toxic side effects of existing treatments outweigh potential benefits.

While scientists know these seizures typically occur when a fever is above 100.4 degrees Fahrenheit (38 degrees Celsius), the exact mechanism at work has been unclear.

Now, in a new study appearing in the June 12, 2013 issue of The Journal of Neuroscience, a team of Northwestern Medicine researchers has identified a new key factor in the generation of febrile seizures, leading to a new therapeutic target for humans. The team further found that nimodipine, a commonly available L-type calcium-channel blocker, dramatically reduced the incidence and duration of febrile seizures in animals.

“Until now, most scientists believed L-type calcium channels, pores in the membrane that allow calcium into cells, were not engaged in the initiation of the brain electrical activity,” said the study’s lead author Marco Martina, MD, associate professor in physiology at Northwestern University Feinberg School of Medicine. “We show that the activation of these channels, which are temperature sensitive, actually drives the electrical activity, not just follows it. As such, these channels may play a key role in seizure associated with high body temperature. Consequently, we can develop better treatments for toddlers and reduce the risk of negative outcomes.”

Febrile seizures affect about five percent of children in the United States and are mostly benign, but do carry a risk of negative long-term consequences on brain development.

In this study, the Northwestern team used electrical recordings of the hippocampus of rats to determine that temperature-sensitive L-type calcium channels in triangle-shaped neurons, which are the major neuronal cell type of the brain cortex, play a major role in febrile seizures. This observation provides an alternative therapeutic target for febrile seizures that is distinct from current epilepsy drug therapy, which commonly focuses on blocking sodium channels.

Once the team identified L-type calcium channels in neurons as the likely culprit, scientists took the finding one step further to test their hypothesis, administering the calcium channel blocker nimodipine in an animal model as a treatment for febrile seizures. The results were striking: nimodipine dramatically reduced both the incidence and duration of febrile seizures in rat pups.

“The good news is that we already have many FDA-approved drugs that block L-type calcium channel,” says Martina. “Therefore if proven effective in clinical trials, this could be an important advance in clinical care. Because L-type calcium channel blockers such as nimodipine are safe drugs, every toddler with febrile seizures can potentially be treated to stop or prevent seizures triggered by high fever and reduce the risk of long term neurological consequences of uncontrolled recurrent or prolonged febrile seizures.”

Sookyong Koh, MD, associate professor in pediatrics—neurology at Feinberg, and co-author on the paper, adds that these findings could be helpful for one group of children in particular: those with genetic epilepsy syndromes whose seizures are triggered by fever, and for whom most anticonvulsants acting on sodium channels are harmful.

Notes about this neurology and seizure research