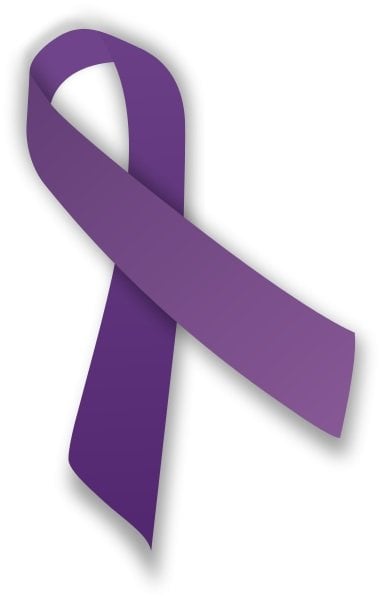 Congressman Fattah's resolution supports the goals of World Alzheimer’s Month: to increase awareness about the disease, its impact on the lives of those affected by it, and the efforts of those seeking to cure Alzheimer’s. It also acknowledges the progress and improvements neurological research has made in the diagnosis and treatment of Alzheimer’s and other forms of dementia. The image is a purple support ribbon, worn to raise awareness for Alzheimer's disease, as well as a number of other causes.
Home
Featured

Congressman Chaka Fattah (PA-02), a Congressional champion of research and funding for brain-related diseases, introduced a resolution Friday in the U.S. House of Representatives recognizing September as World Alzheimer’s Month. Worldwide, more than 35 million people suffer from Alzheimer’s, and in the United States more than five million individuals live with the debilitating disease.

“The impact of Alzheimer’s is too great for us not to pour more energy and funding into finding a cure for this debilitating disease,” Fattah said. “Beyond the millions worldwide and here at home who suffer from the disease, it puts a significant toll on the millions more family and friends who care for loved ones living with Alzheimer’s and dementia. We must continue to rally stakeholders around the world in the effort to prevent and treat Alzheimer’s.”

The resolution, H. Res. 364 supports the goals of World Alzheimer’s Month: to increase awareness about the disease, its impact on the lives of those affected by it, and the efforts of those seeking to cure Alzheimer’s. It also acknowledges the progress and improvements neurological research has made in the diagnosis and treatment of Alzheimer’s and other forms of dementia.

“As World Alzheimer’s Awareness Month comes to an end, it’s worth remembering that for millions of families across the country, every month is Alzheimer’s month,” said George Vradenburg, chairman and co-founder of US Against Alzheimer’s. “However, with continued leadership from members of Congress like Rep. Chaka Fattah (PA-02) and others, we can secure the funding resources necessary to stop this disease by 2025.”

Fattah added: “This month and every month we must continue to work to elevate the issue, seek new early prevention and treatment strategies, and work towards ultimately finding a cure. We know that neurological research advances this progress, and brings us ever closer to a cure.”

Throughout September, Congressman Fattah continued his work heightening awareness of Alzheimer’s and other neurological diseases. On Saturday, Fattah addressed a day-long conference on Traumatic Brain Injury (TBI) at the University of Pennsylvania. Earlier in the month, Fattah spoke at a California Mental Health Symposium that helped raised more than $2.8 million for research and education.

Fattah is the Ranking Democrat on the House Appropriations Committee’s Subcommittee on Commerce, Justice, Science and Related Agencies, which oversees funding for a significant amount of government-sponsored research. In 2011, Fattah created the Fattah Neuroscience Initiative (FNI) to expand the dialogue around brain diseases and foster cross-sector collaboration for research and funding opportunities.

Notes about this neuroscience news